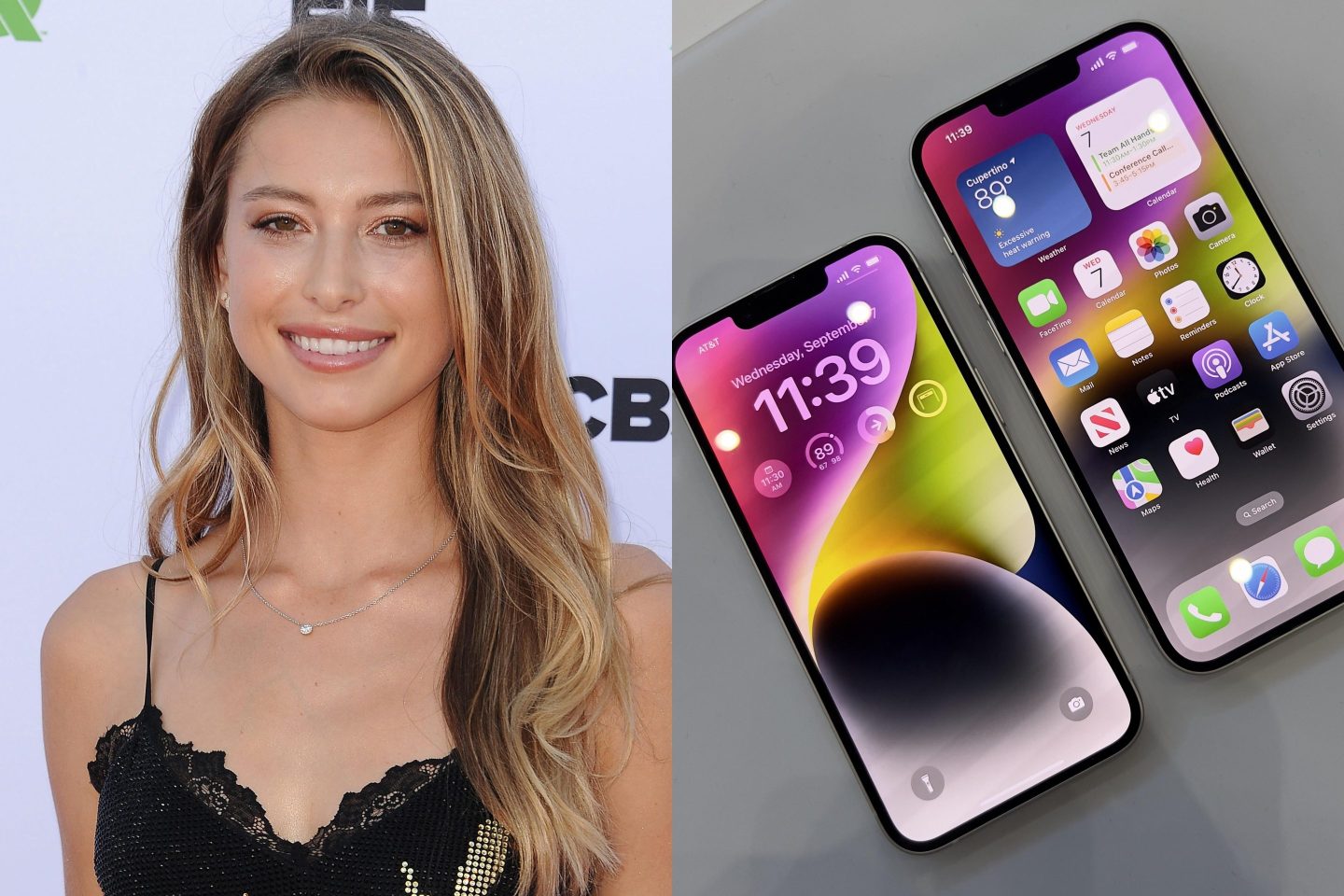 The daughter of the late Steve Jobs has thrown some not-so-subtle shade at Apple’s new iPhone 14, unveiled Wednesday at a product launch event, dubbed Far Out, that showcased the device’s features along with other new and improved products from the company.

Following the launch, Eve Jobs, 23, shared a meme to her Instagram story showing the image of a man gleefully holding up a shirt identical to the one he’s wearing, with the caption, “Me upgrading from iPhone 13 to iPhone 14 after Apple’s announcement today.”

The mocking meme shared by the former Apple CEO’s youngest child aligns with an opinion shared widely on social media—that the company is offering an upgrade that is too similar to the previous model, yet still wants consumers to drop hundreds of dollars on it.

What’s different about the iPhone 14?

Users who buy the pro version of the new model will get the most advantages, including a 48 megapixel camera, a faster A16 processor, and a redesign of the notch at the top of the screen, in essence transforming it into an interface called the Dynamic Island. It also features an “always-on display,” meaning notifications can be viewed even when the phone is locked.

The standard version has a new action mode feature to stabilize videos; a car-crash feature similar to that of the latest Apple Watch; and satellite connectivity to allow users to send SOS messages in an emergency. Consumers can also purchase a plus version of the phone with a larger, 6.7-inch display, but there’s no mini version available.

Among the other improvements on the iPhone 13, the new model also boasts a longer battery life and a larger light sensor for low-light photography.

Expanding on Eve Jobs’ dig, critics have pointed out that the standard iPhone 14 still has the same screen size, refresh rate, storage, CPU, and cameras as the iPhone 13, while the larger version of the model is still the same size as the iPhone 13 Pro Max. Those who aren’t willing to splash out on the Pro will also have to put up with the previous model’s A15 processor for a while longer.

The iPhone 14 can be purchased starting Sept. 16, and the iPhone 14 Pro will be available on Oct. 7.