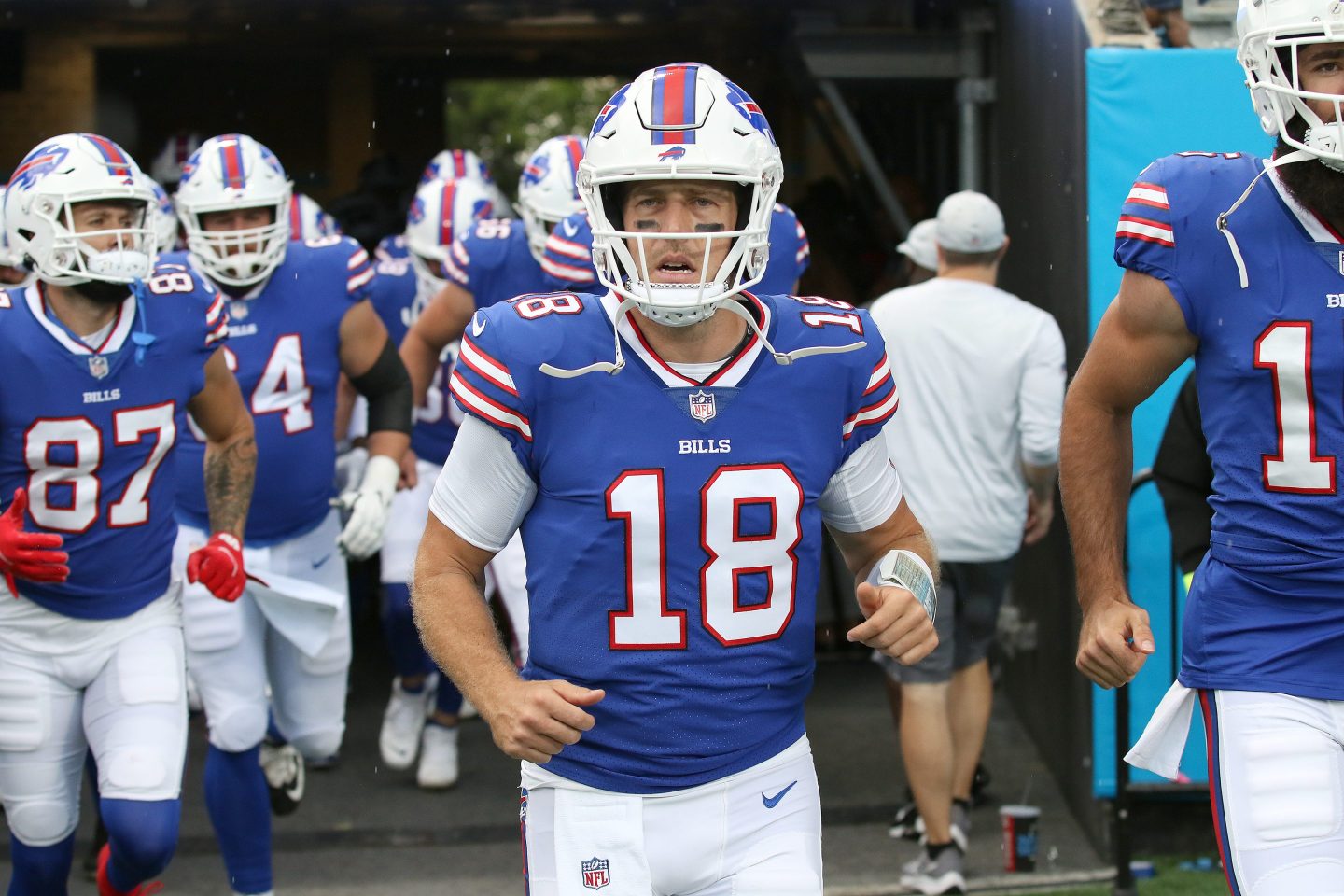 The preseason was fun, but it’s time to get serious. The NFL kicks off its 2022–2023 season tonight.

While the bulk of the games will take place Sunday, there’s a certain appeal to the true first game of the season. And the league is starting things off with a corker.

The Buffalo Bills will face the Los Angeles Rams, pitting the leader of last year’s AFC East against the winner of Super Bowl LVI.

Grab a drink and settle into the couch or your favorite barstool. Football is back. Here’s a look at who’s playing whom and how best to catch the game.

Which NFL teams are opening the 2022 season? And what channel is airing the game?

Here’s how opening night is shaping up. (The home team is listed second.)

Note, however, that you’ll only be able to watch the Thursday night game over the air. Starting next week, the rights revert to a strictly online provider.

There are, in fact, several options.

The free trial on this service is also no longer offered. It will cost you $70 per month.

After an up to two-week trial, you can expect monthly charges of $65.

Dish Network’s Sling has a lower-tiered “Orange” plan that will run you $35 per month. Adding the more comprehensive “Blue” plan bumps the cost to $50 per month. You’ll have a seven-day free trial first—and right now, the cord-cutting service is cutting the first month’s bill in half.

Formerly known as DirecTV Now, AT&T TVNow, and AT&T TV, this oft-renamed streaming service will run you at least $70 per month after the free trial option.

Can I watch the NFL opening night game on Amazon?

NBC has exclusive broadcast rights to opening night this year. However, starting Sept. 15, Amazon Prime will be the exclusive home to Thursday Night Football.

DirecTV customers have access to it, but if you meet the conditions, like living in an apartment complex or some area where you can’t get DirecTV, you can also sign up for an online version, letting you watch any NFL game live this season. There’s a one-week trial; then you’re looking at monthly charges of $73.49 per month for a four-month period or $293.36 for the entire season (or $99 for four months, or $396).