The pound just fell to its weakest level since 1985 against the U.S. dollar 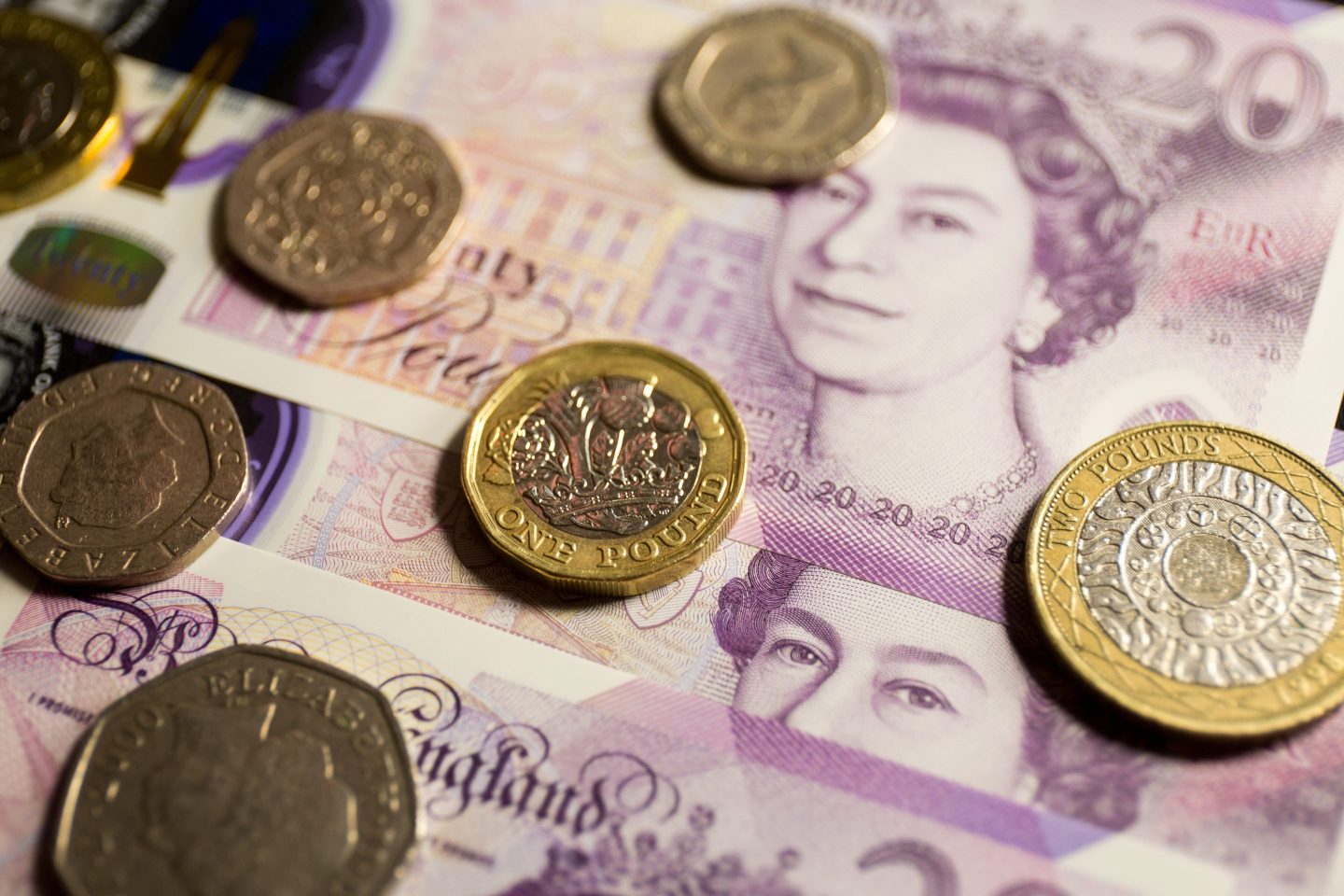 The pound slid to its weakest level against the U.S. dollar in nearly four decades.
Karol Serewis—SOPA Images/LightRocket/Getty Images

The pound slid to its weakest level in close to four decades, weighed down by a dire economic outlook and the latest bout of U.S. dollar strength.

Sterling fell as much as 1% to $1.1410, a level last seen in 1985, when Margaret Thatcher was prime minister. Much like then, the economic outlook is challenging. Britain is grappling with the dual threats of double-digit inflation and the prospect of a long economic contraction. The Bank of England is warning of more than a year of recession.

The last time the sterling-dollar exchange rate was this low the world’s richest nations signed the Plaza Accord, an agreement to weaken the U.S. currency. The greenback is soaring against a major peers again, compounding sterling’s slide and piling pressure on the central bank to keep up with the pace of U.S. interest-rate hikes.

The expected hit to economic growth combined with a widening trade deficit are weighing on sterling, which has weakened more than 15% this year, recording its biggest slide since 2016 last month. The currency is also facing pressure from worries over Prime Minister Liz Truss’s economic agenda. Plans to review the BOE mandate amid its toughest inflation challenge since it gained independence are causing further unease.

Still, the pound remains stronger against the euro than it was during much of the Brexit negotiations as well as the global financial crisis.