New York will no longer require commuters to wear a mask for public transit: ‘We have to restore some normalcy to our lives’ 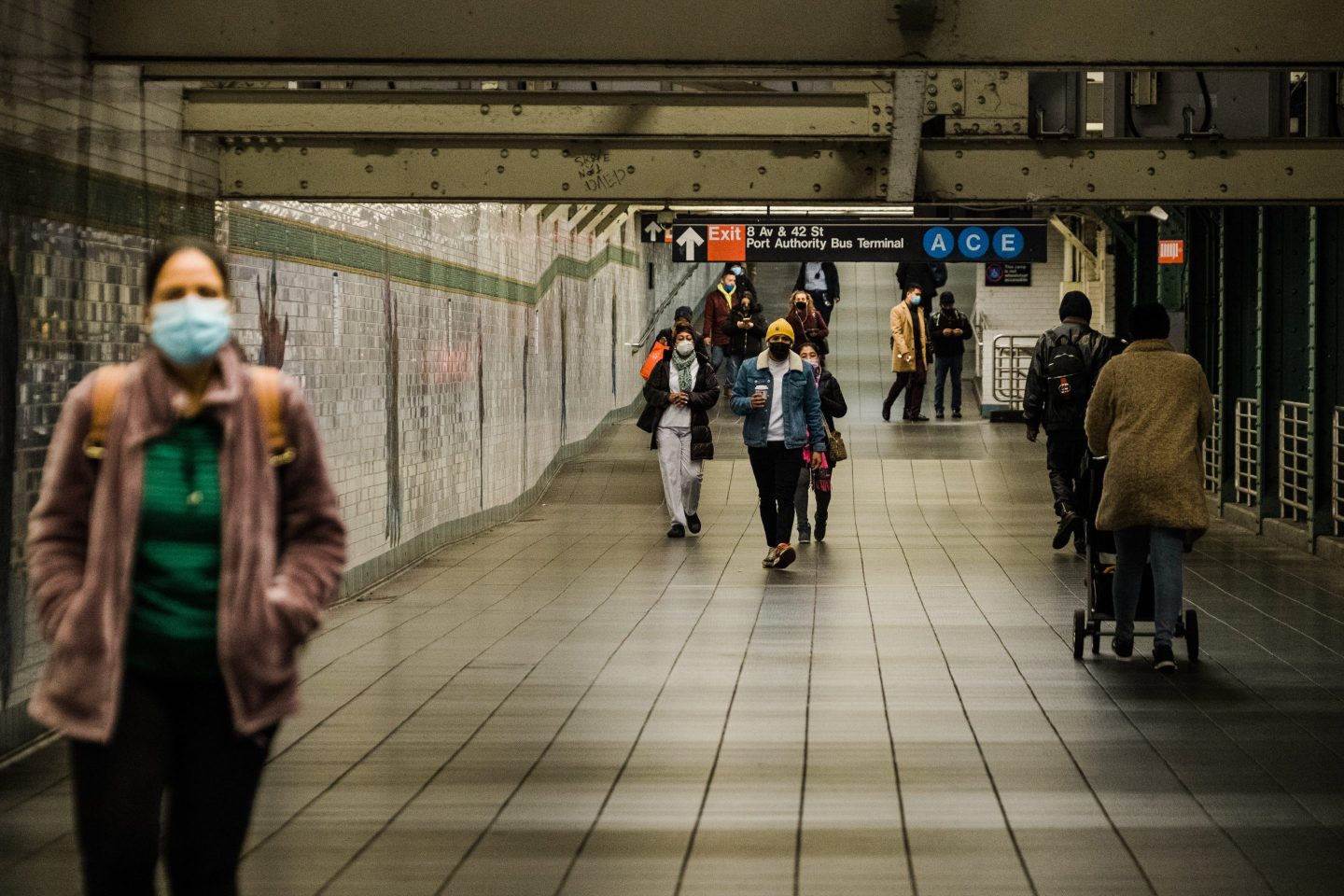 Commuters will no longer be required to wear a mask for mass transit.
Gabriela Bhaskar—Bloomberg/Getty Images

Hochul announced the decision on Wednesday after months of confusion among commuters befuddled by varying national, state and local rules on where face coverings are required. COVID numbers are stable, putting the state “in a good place now,” she said.

“We haven’t seen any spikes, and also people are getting back to work, back to school,” Hochul said during a press conference at a health center in New York City, shortly before receiving her Omicron-targeted booster that’s being made available this week. “We have to restore some normalcy to our lives.”

Hochul displayed new signs that will be posted in the subway system that read, “Masks are encouraged, but optional. Let’s respect each other’s choices.”

Effective immediately, masks will no longer be required for mass transit, correctional facilities and shelters. Mask mandates remain in effect at adult-care facilities, as well as at other health-care facilities regulated by the state, Hochul said.

The U.S. Transportation Security Administration dropped a mask mandate for the country’s planes, trains and other modes of transportation after a U.S. judge overturned the federal mandate on April 18.

The TSA and the Centers for Disease Control and Prevention still recommend the use of face coverings, but both said orders requiring masks on public transportation would no longer be enforced.

Illinois and New Jersey were among the states that followed suit. Major cities including Chicago and Atlanta dropped their mask mandates on their transportation systems.

“In general their guidance has been completely consistent,” Port Authority executive director Rick Cotton said during a press briefing on April 28. “We have tried to respect those two judgments.”

After the federal mandate was lifted, Hochul said she was following a directive from the New York Department of Health to require masks on public transit.

—With assistance from Emma Court.