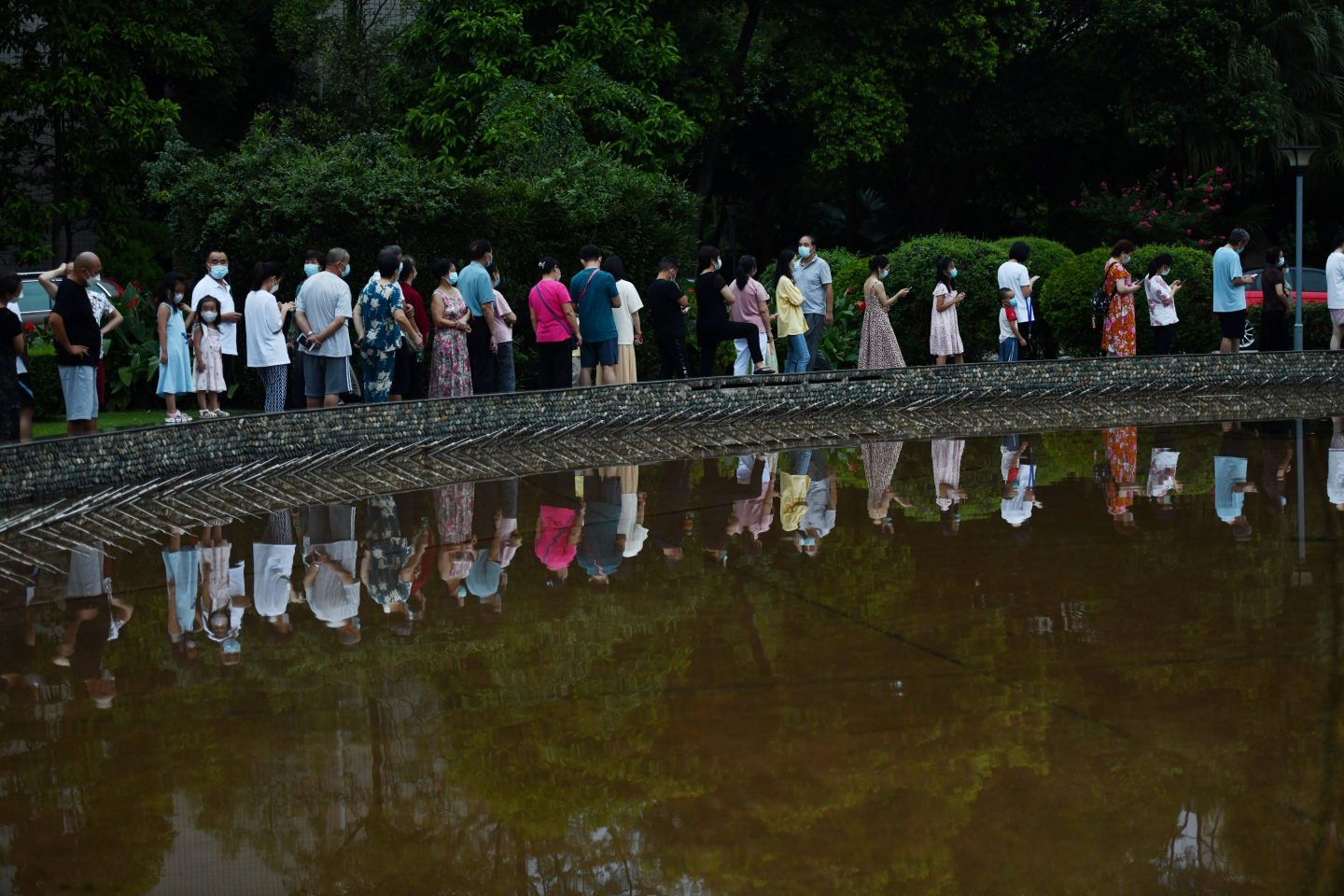 China’s western city Chengdu extended the lockdown of most of its 21 million residents, while the southern technology hub Shenzhen remained under movement controls as the tentacles of COVID-19 continue to spread in the country.

All indoor entertainment venues, schools and restaurants for dining-in remain shut in Chengdu, the local government said. The city will continue mass-testing through Wednesday to achieve “COVID Zero in the community as soon as possible,” according to a statement issued late Sunday night. Only two minor districts were deemed to be gradually recovering, which allows people to return to work with a negative COVID test taken within the previous 24 hours.

While Chengdu is the biggest to shut since Shanghai’s two-month ordeal this spring, it’s only one of 33 cities in China that have been fully or partially locked down in the current outbreak, according to a report by local media Caixin. More than 65 million residents have been caught in the current flareup, which has swept through every province, the publication said.

As many as 103 cities in 26 provinces reported cases on September 1, the most since early 2020 when the pandemic was just beginning, Caixin found. Nationwide, China reported 1,552 infections on Monday, with 140 coming from Chengdu.Play Video

Lockdowns across the board show how local authorities are sticking to the COVID Zero strategy ordered by President Xi Jinping, particularly as the Chinese Communist Party congress where he is expected to secure a precedent-breaking third term as leader is nearing. While the rest of the world is living with the virus, China follows a no-tolerance approach of sealing off cities, sending the infected to centralized quarantine and conducting mass PCR tests even when only a handful cases are found.

The ramifications of Chengdu’s anti-COVID measures are starting to emerge. The sixth-largest in city in China, it accounts for about 1.7% of the gross domestic product and is home to numerous automakers and technology companies, including Volkswagen AG, Volvo Car AB, and Foxconn Technology Group, the world’s largest assembler of iPhones.

Volkswagen’s joint factory with local partner China FAW Group Co. is operating in a “closed loop system,” a common practice in China since the pandemic began that involves separating workers from the rest of the community. Foxconn uses the same method to keep its workers on-site. Hitachi Ltd’s two major plants in the city are operating at a reduced capacity, while Volvo suspended production.

Authorities are discouraging anyone from leaving Chengdu, the capital of Sichuan province, allowing it only with a negative COVID test from within 24 hours. Sichuan, which also has other areas that are locked down, found 185 cases in total on Monday.

Shenzhen reported 71 local infections on Monday after more than half of the city’s districts were locked down last week. It will begin using tiered control measures starting Monday, which allows areas without any recent community infections to loosen some restrictions, after case numbers declined significantly, health officials said on Sunday.