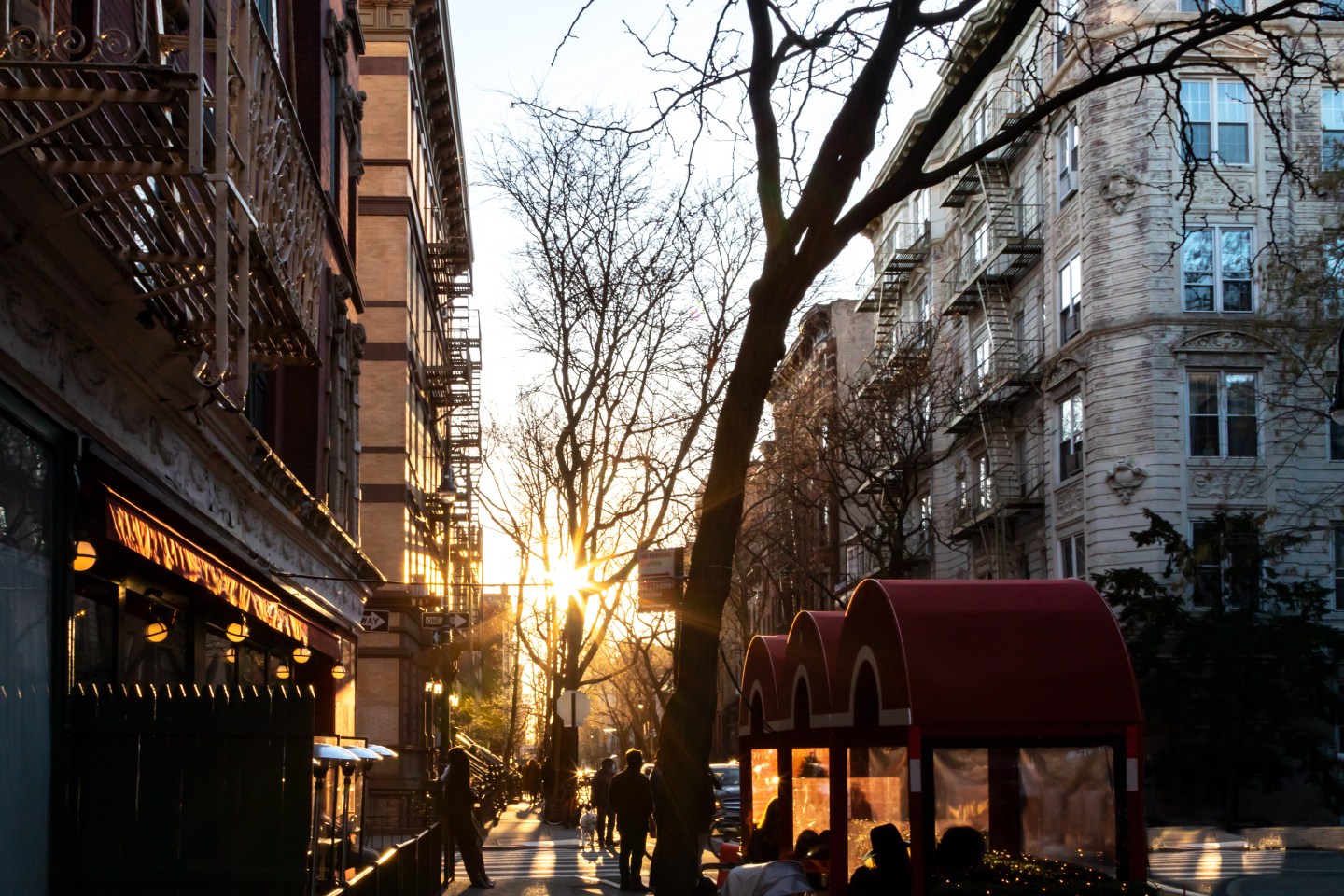 The Cevallos brothers are enhancing the beauty of the West Village these days.
Getty Images

For years, Miguel and Carlos Cevallos made a living by drawing posters for neighborhood nightclubs, taco trucks and restaurants in Queens, painting in the businesses’ basements or on their tables and attracting clients by word of mouth.

Now, hip Brooklyn ice cream shops and Manhattan retro diners wait their turn to get one of the brothers’ colorful signs. They’re in demand in San Francisco music stores, national restaurant chains, bars in Belgium and bakeries in South Korea.

It doesn’t matter that the brothers are more than 80 years old or that the two, born in Ecuador and raised in Colombia, speak limited English. They have embraced their new customers and draw all day in the Manhattan apartment they have shared for nearly 20 years.

“Destiny is like this. Sometimes one finds success later in life,” Carlos Cevallos said recently, while sipping a tea in an empty Manhattan diner. Dressed in suits and ties, as they are every day, the brothers shared a muffin.

“They have a special touch, so nice and colorful,” said Marina Cortes, manager of the West Village diner La Bonbonniere. The brothers’ “Breakfast All Day!” sign is displayed on the restaurant’s terrace.

“A Life Without Anything Good, Is Bad” reads a poster the brothers drew for Van Leeuwen Ice Cream. “Daily Special. Pick Any Two Sandwiches and Pay For Both!” reads another they did for Regina’s Grocery on Manhattan’s Lower East Side.

Done with acrylic paints, the Cevallos brothers’ playful, childlike posters have big letters and a nostalgic look. Miguel does the drawings and Carlos the coloring, together crafting about six posters per week.

The brothers field five to 20 requests weekly for their work.

The family moved from Ecuador to Colombia to follow an uncle who was a Catholic priest and worked in Bogota. Used to drawing since they were kids, Carlos, Miguel and their oldest brother, Victor, opened an art studio and poster shop in Bogota’s Chapinero neighborhood.

Victor moved to New York in 1969, and Carlos joined him in 1974. For years, they worked at a studio in Times Square until rent increases prompted a shift to Queens.

In the 1980s, they drew posters that announced performances at a Queens club called La Esmeralda.

“They would pay so little per poster. It was sad,” Carlos said. The posters featured such artists as Mexican singer Armando Manzanero and Chilean Lucho Gatica.

Miguel, meanwhile, took care of their mother until she died at age 101. He moved to New York in 2005 to join his siblings. Victor, a mentor to his younger brothers, died in 2012.

Eventually, Aviram Cohen, who builds and installs audiovisual art at museums, saw the brothers’ posters in Queens and tracked them down to request one for his wife’s new yoga studio. In 2018, he opened their Instagram account, @cevallos_bros, which became a lifeline for the brothers after the coronavirus pandemic hit.

“I did it out of admiration for their work, and after meeting them, I understood that it would all disappear. Most of the businesses would throw away the posters,” said Cohen, 42. “I felt strongly that different kinds of people and subcultures could enjoy their art.”

He was right. The account now has more than 25,000 followers and has become an archive of their work, as well as a source of orders.

“I just love their story,” said Happy David, who manages the Instagram accounts of La Bonbonniere and Casa Magazines, a Manhattan newsstand for which she has also commissioned the brothers’ work. It reminds her of signs seen in her native Philippines.

In a digital world, “a lot of people are going back to craft,” David said. “We want to connect, and we want to feel that there are hands that made these.”

When asked whether they plan to retire soon, the Cevallos brothers answer with a quick “no.”

Where do they get their energy from?

“We eat healthy,” they respond with a smile.