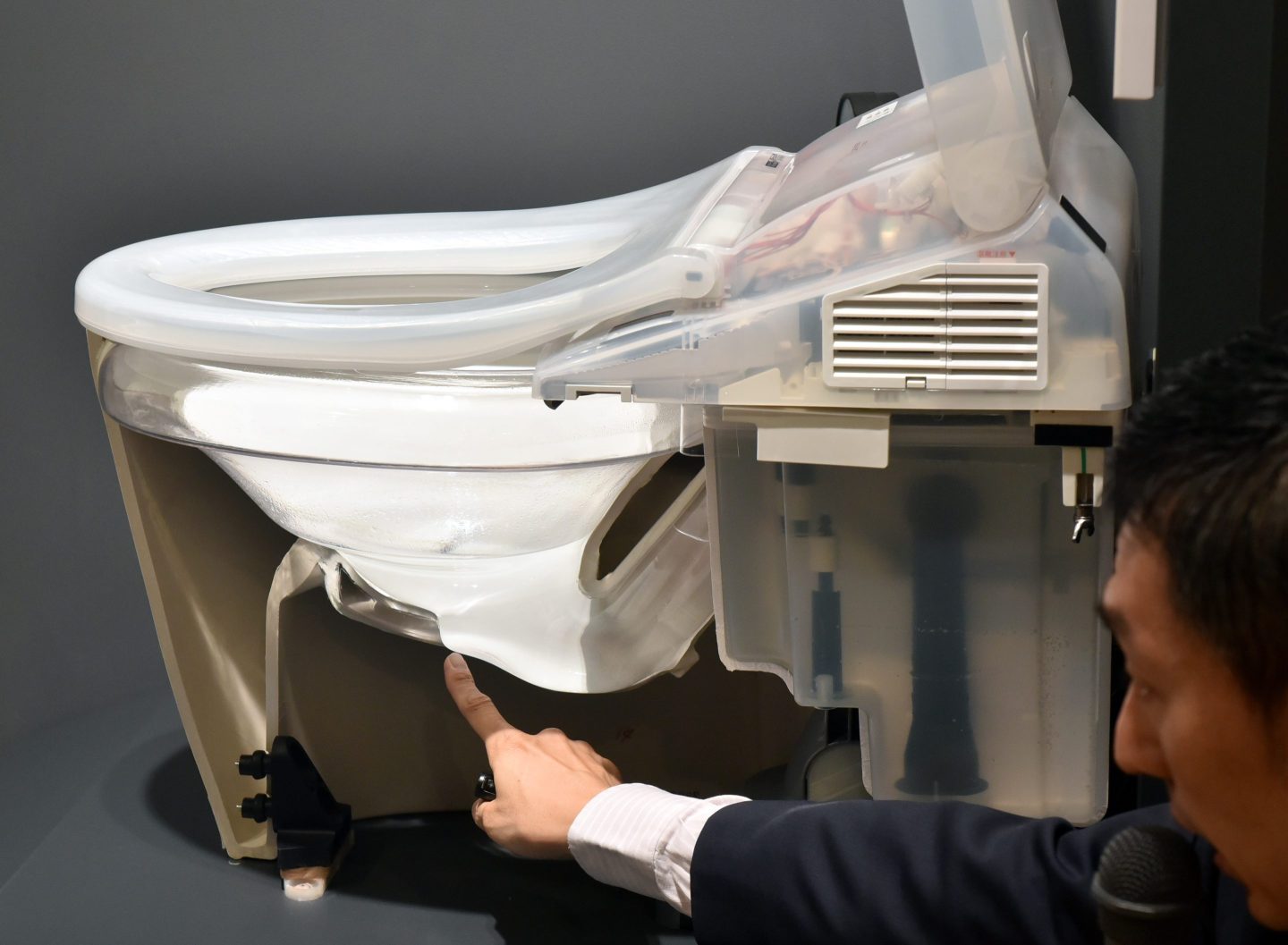 A high-tech toilet by Toto, as explained by the company's museum staff in Japan in 2016.
Katsumi KASAHARA—Gamma-Rapho via Getty Images

Luxurious toilets complete with heated seats and cleansing jets of water are so common in Japan they’ve become almost synonymous with its culture. They’re now taking off in the US—thanks in no small part due to pandemic-induced shortages of toilet paper.

Japan’s largest toilet maker Toto Ltd., which introduced the Washlet in 1980 as a hi-tech version of the bidet, said sales of the device more than doubled in the first quarter of 2020 from a year earlier, and jumped 18% in the first quarter of 2022 from the prior year. The outlook for further growth is bright, despite the “toilet paper panic” being over, company executive Shinya Tamura said in an interview.

“Although Washlet sales in the US have grown significantly, they are still far behind the penetration rate in Japan,” said Tamura, who is the managing executive officer in charge of Toto’s housing equipment business in North America and Europe. “I still see a great room for growth in the US.”

Toto originally introduced the electronic Washlet for hospital patients with hemorrhoids. According to the Japan Sanitary Equipment Industry Association, more than 80% of Japanese households now contain such a toilet and such devices are now ubiquitous in hotels, restaurants, department stores and even public restrooms.

Their appeal is also growing internationally. The company reported first quarter overseas sales of 39 billion yen ($278 million) across their product lines, an 8% increase from the same period a year earlier. Mainland China accounted for 43% of sales, followed by the US on 32%.

Toto started exporting the Washlet to the US in the 1980s and spent decades familiarizing American consumers with the product, and developing networks. The explosive sales growth during the pandemic was “a situation where the seeds sown for decades are finally flowering,” said Nariko Yamashita, who worked as part of the marketing team in the US during the pandemic.

In 2017, Amazon featured the Washlet in its Thanksgiving gift ranking, which Tamura said “paved the way for the sales boom when the pandemic hit.”

The product “flew off the shelves” in the US in 2020 as “kitchen paper, tissues, and toilet paper completely disappeared from supermarkets,” Tamura said, adding that social media commentary about the benefits of bidets helped drive demand.

In addition to the US, Tamura sees potential in Taiwan, Vietnam, and other Southeast Asian nations. Sales in China, however, are “quite sluggish” amid ongoing Covid-19 lockdowns and government efforts to suppress real-estate prices. “But this just means that the market scale has grown big enough to be sensitive to and easily affected by the economy,” he said.

Yoshihiro Nakagawa, an analyst at Mizuho said the Washlet boom in North America is likely to continue as long as the company can successfully create a strong brand image to counter similar products with cheaper prices.

— With assistance by Yasutaka Tamura and Kanoko Matsuyama