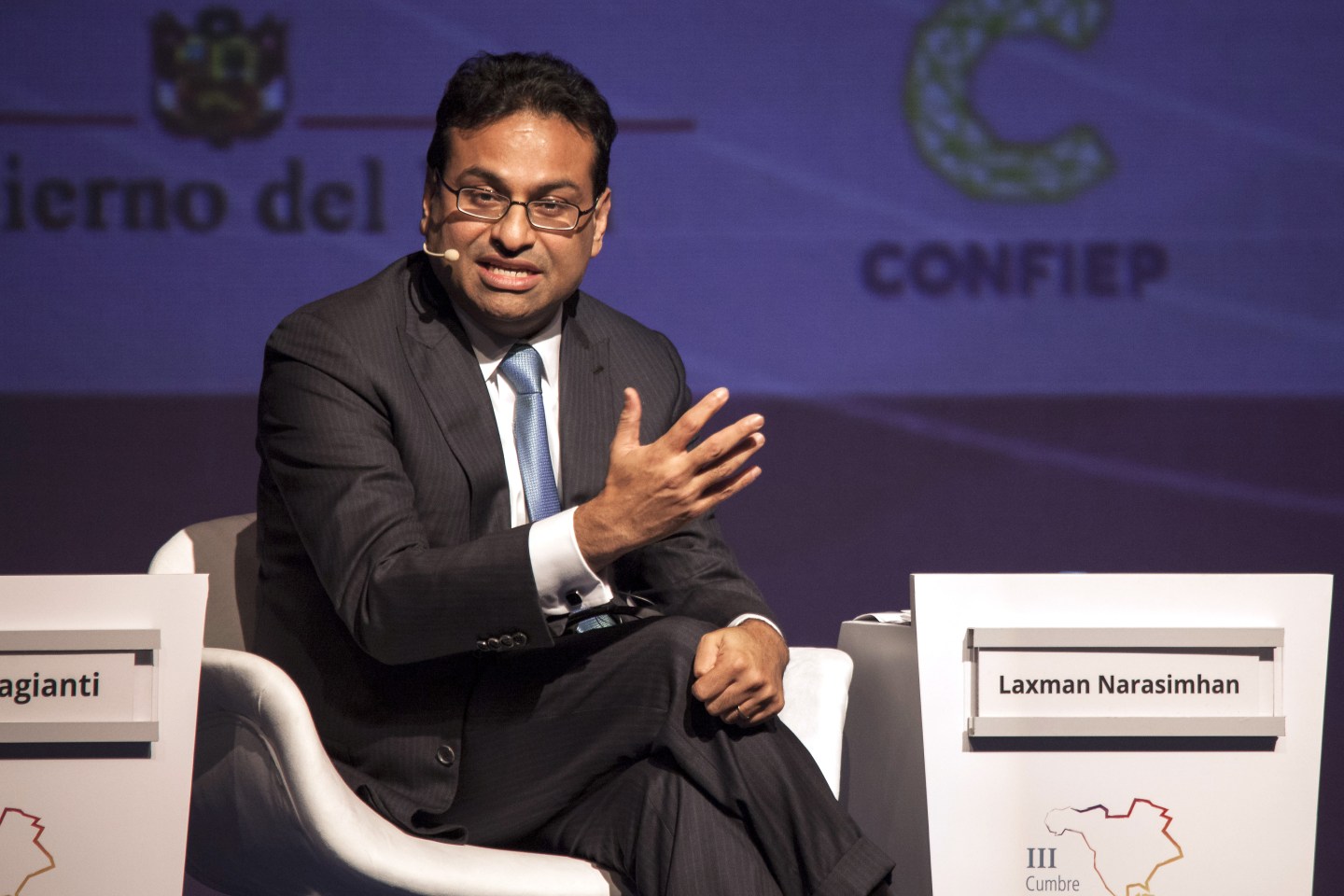 Laxman Narasimhan, who will become the new CEO of Starbucks.
Guillermo Gutierrez/Bloomberg via Getty Images

Starbucks has named a longtime PepsiCo executive as its new CEO.

The coffee giant said Thursday that Laxman Narasimhan will join Starbucks on Oct. 1 after relocating from London to Seattle, where Starbucks is based.

He will work closely with Starbucks’ interim CEO Howard Schultz through April 1, when he will assume the CEO role and join the company’s board.

Schultz said Narasimhan is “uniquely positioned” to lead the company, with a demonstrated track record of growth in both mature and emerging markets.

“As I have had the opportunity to get to know him, it has become clear that he shares our passion of investing in humanity and in our commitment to our partners, customers, and communities,” Schultz said in a statement.

Narasimhan was most recently CEO of Reckitt, a U.K.-based consumer health, hygiene and nutrition company that makes Lysol cleaner and Enfamil formula, among other products. Reckitt had announced Narasimhan’s surprise departure earlier Thursday.

Prior to that, Narasimhan held various leadership roles at PepsiCo, including as global chief commercial. He also served as CEO of the company’s Latin America, Europe and Sub-Saharan Africa operations.