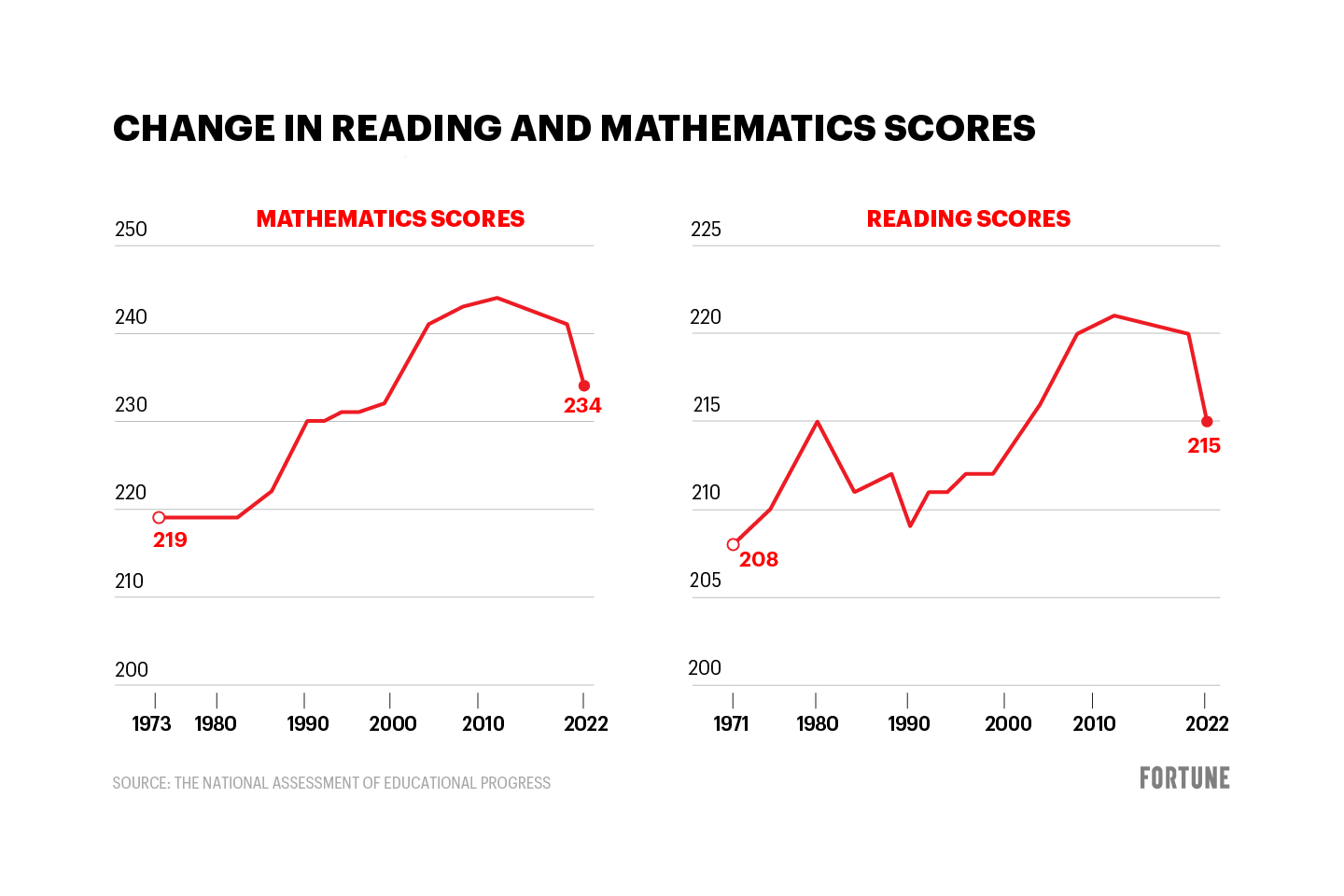 We all know COVID devastated our health, but the wider effects are still coming into view.

One of the impacts was on student performance, as shown by test results of 9-year-old U.S. children released on Thursday.

The average reading score dropped by five points on a 500-point scale in 2022 compared with 2020, the largest decline since 1990, according to the National Center for Education Statistics. The average mathematics score dropped seven points on the same scale, marking the first-ever score decline in the subject.

The results are more confirmation for what has long been suspected: Remote learning during COVID was less than ideal, although the report does not directly address this.

The tests were given to a national sample of 7,400 9-year-olds and were compared to test results from the same age group in early 2020, before the pandemic’s widespread disruption to learning. These long-term trend assessments are typically administered every four years, but the NCES chose to conduct these tests after two years to provide data looking into COVID’s effect.

The report score students at five selected percentiles: 10th and 25th percentiles (lower), 50th percentile (middle), and 75th and 90th percentiles (higher), to measure their progress. Reading and math scores across all five percentiles dropped in 2022 in comparison to two years prior.

Additionally, lower-performing students showed higher rates of decline than others, meaning that those already struggling with the subjects were more affected by the change in learning, and did worse because of it. Those in the 10th percentile showed a 12-point decline in math over the two years and a 10-point decline in reading. Meanwhile, students in the 90th percentile declined by three points in math and two in reading from 2020 to 2022.

Digging deeper, the NCES found a 13-point score decline in mathematics among Black students compared to the five-point decline among white students. The results showed a widening of the existing white-Black score gap to 33 points. In 2020, the gap was 25 points.

The report notes a link between access to resources and higher performers, in that some students at or above the 75th percentile had greater access to a computer or laptop “all the time,” a quiet place to work “some of the time,” and a teacher available to help “every day or almost every day,” in comparison to lower performers below the 25th percentile.

Generally, math scores have trended upward since the tests were administered in the early 1970s, with reading scores also tending to rise, until a slight downward trend in the 1990s. But both subjects saw substantial improvement from the late ’90s into the 2000s before this particular decline that’s showing students reeling from the pandemic.