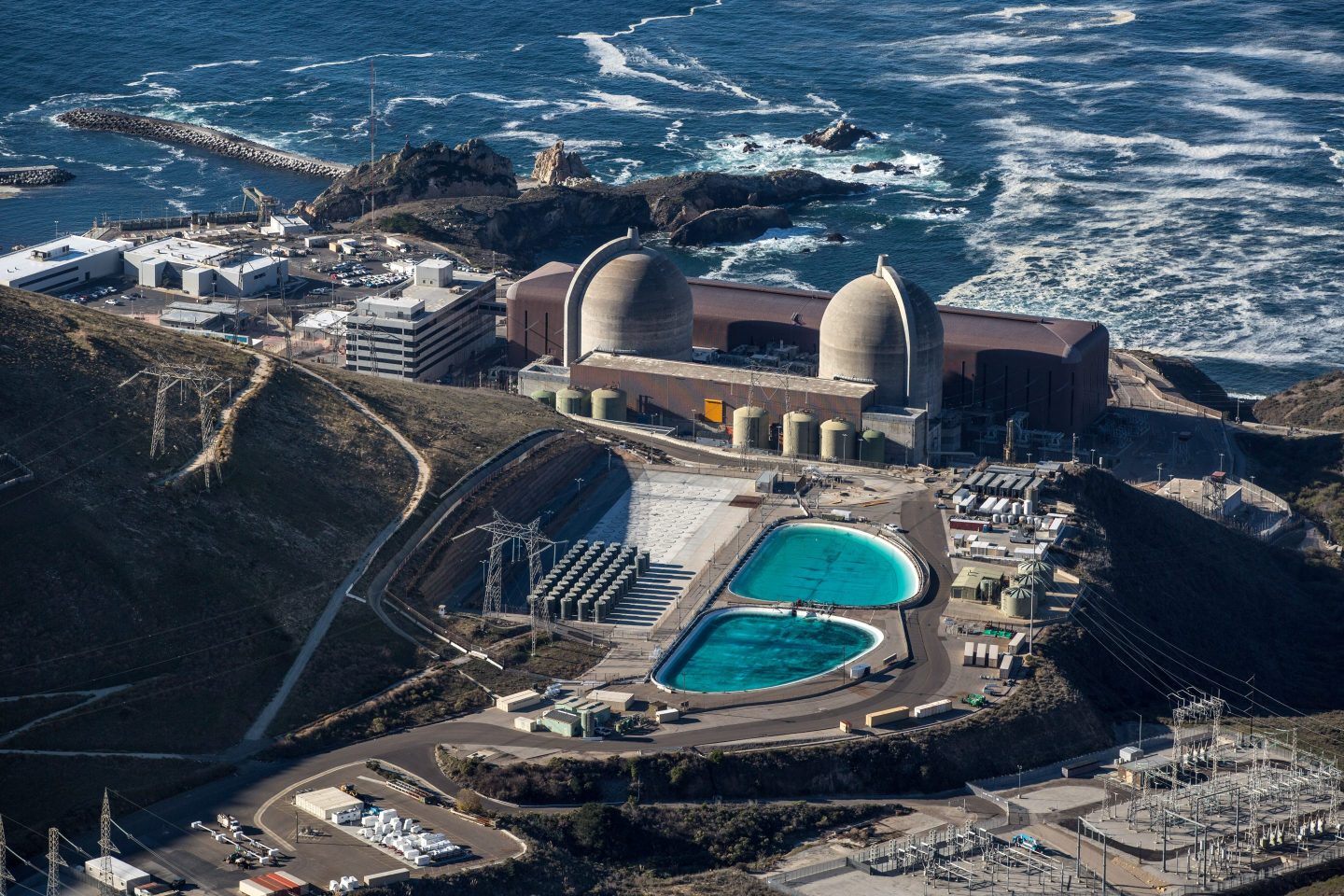 The Diablo Canyon plant will continue to operate through 2030.
George Rose—Getty Images

California legislators voted to extend the life of the state’s last nuclear power plant by five years as protection against blackouts—provided the federal government pays much of the cost.

The legislature approved a proposal by Governor Gavin Newsom to keep the Diablo Canyon plant, owned by PG&E Corp., running through 2030, rather than closing as previously planned in 2025. California’s gas-fired power plants have been retiring faster than solar and wind facilities can replace them as the state fights climate change. As a result, Newsom pitched extending Diablo Canyon’s lifespan as a way to prevent blackouts during the transition.

The deal that passed now places the plant’s fate in the hands of the federal government—and PG&E. The bill, awaiting Newsom’s signature, would give the utility a $1.4 billion loan to keep Diablo Canyon operational through October 2030. But the loan is contingent upon PG&E receiving money from the U.S. Department of Energy to pay the state back. The company faces a Sept. 6 deadline to apply for the federal funding, under a $6 billion program to help struggling nuclear plants.

PG&E also must convince the Nuclear Regulatory Commission to extend the operating licenses for the plant’s two reactors, a process that can take several years. And if, between now and 2024, California energy regulators decide the plant’s power isn’t needed after all, the state can terminate the loan.

The vote followed two weeks of intense back room negotiations over the plant’s fate. Although Newsom began talking in April about keeping Diablo Canyon open—after years of supporting its closure—he waited until the very end of the legislative session to put forward a specific proposal, one that would have potentially authorized a 10-year extension. The timing has angered Democratic legislators already reluctant to grant the plant a reprieve.

Environmentalists fought for decades to shutter Diablo Canyon, which sits on a coastal bluff between Los Angeles and San Francisco and is surrounded by earthquake faults. But the prospect of looming power shortages forced many residents to reconsider the end of California’s single largest carbon-free source of electricity.

PG&E struck an agreement in 2016 with the state, labor unions and environmental groups to retire the reactors at Diablo Canyon when their federal operating licenses expire. The decision came in the wake of the 2011 Fukushima disaster in Japan that was triggered by an earthquake and tsunami, raising new concerns about the safety of nuclear power.

But rotating blackouts during brutal heat waves in 2020 helped change public conversation around Diablo Canyon. Newsom, who is running for re-election in November and is viewed as a potential presidential candidate, has been anxious to prevent more outages. And this spring, his administration began to warn that supply-chain problems were slowing down the deployment of solar, wind and large-scale batteries needed to replace gas-fired plants.

A number of environmental groups called for the state to stick to its decision to retire the plant anyway. Critics said extending the life of Diablo Canyon wouldn’t be safe without expensive seismic and environmental upgrades.

“Allowing these nuclear power reactors to operate beyond 2025 exposes the surrounding communities and environment to serious risk while costing taxpayers and ratepayers potentially billions of dollars,” Erich Pica, president of Friends of the Earth, said in an emailed statement Thursday.

At the same time, a group of scientists and energy officials—including two former secretaries of the U.S. Department of Energy—pushed to keep the plant open.

Analysts said the approved bill would have little effect on PG&E’s financial performance—in part by design. The legislation forbids any of the loan money from going to shareholder profits. The company also will not be able to recover in rates any investments made in the plant.

Instead, PG&E will receive a $100 million management fee for each year of extended operations, money that must be spent directly on running Diablo Canyon, safety work or accelerating the energy transition. PG&E will also receive other compensation to help keep it competitive with solar farms that can sell additional megawatts at mid-day at very low prices.

—With assistance from Will Wade.