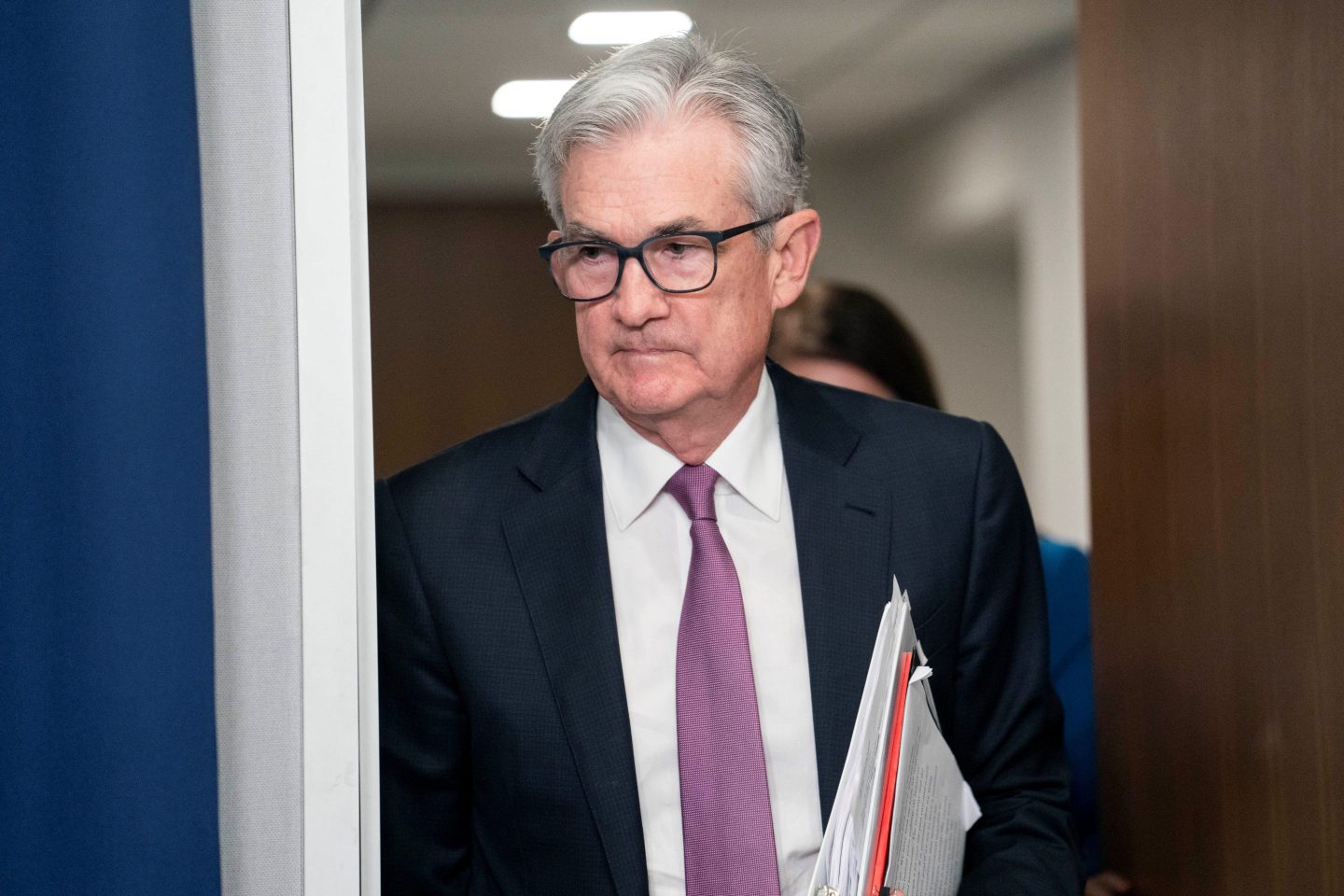 The U.S. bond market’s day of reckoning has been postponed for at least a week.

While Federal Reserve Chair Jerome Powell’s speech at the central bank’s annual meeting in Jackson Hole Friday was unequivocally hawkish, the market remains near-evenly divided about the outcome of next month’s policy meeting. Still-elevated inflation makes a rate increase inevitable, but the size “will depend on the totality of the incoming data and the evolving outlook,” Powell said.

Some parts of the totality are larger than others, and next week’s employment report — along with the consumer price index on Sept. 13 — are among the biggest. Either or both could seal the case for another three-quarter-point hike or a smaller half-point move. In the meantime, traders are retreating to longer-term bets on yield-curve flattening and lower rate volatility.

“A hugely important employment report will validate the case for 50 or 75 basis points,” said Alan Ruskin, chief international strategist at Deutsche Bank AG. “If we see strength in jobs, it means the Fed can go 75 and raise rates quickly without risking growth.”

Besides the August jobs report next week, U.S. economic data with the potential to alter expectations include ISM Manufacturing and the Conference Board’s consumer confidence gauge.

The hawkish highlights of Powell’s speech Friday — he said a restrictive policy stance was likely to remain in place “for some time” and that history “cautions strongly against prematurely loosening policy” — helped push the two-year Treasury note’s yield up to 3.44%, within a basis point of its highest level of the year. Earlier in the day, though, softer-than-expected income and spending data for July spurred gains that pushed the two-year yield down to 3.34%.

“People have faith in the Fed, and that anchors long-term rates with limited downside in the short term,” said Christian Hoffman, portfolio manager at Thornburg Investment Management. “The uncertainty is more in the front end, and people are worried about the Fed going too hard, which helps the long end.”

The more enduring change in rate expectations following Powell’s speech was further paring of bets that the Fed’s policy rate, after peaking in March at around 3.80%, will decline by year-end. The rate on December 2023 swap contracts referencing the central bank’s effective rate ended about five basis points higher at 3.43%. It was under 3% as recently as Aug. 4, the day before the stronger-than-expected July jobs report.

Expectations for tighter financial conditions also lifted short-term real, or inflation-adjusted, yields. The two-year rose to 0.61% Friday, the highest level since the market turmoil of early 2020 and up from minus 0.25% earlier this month.

“There has been a huge push-back by the Fed on the market pricing in a policy pivot, and Powell sealed that stance,” said George Goncalves, head of US macro strategy at MUFG. “Rates have adjusted a lot higher in recent weeks, but they can still grind higher from here on strong data. If the Fed gets the policy rate towards 3.5% or 3.75%, it will drag the Treasury curve along for the ride.”