NASA moon rocket on track for launch despite lightning hits: ‘Clearly, the system worked as designed’ 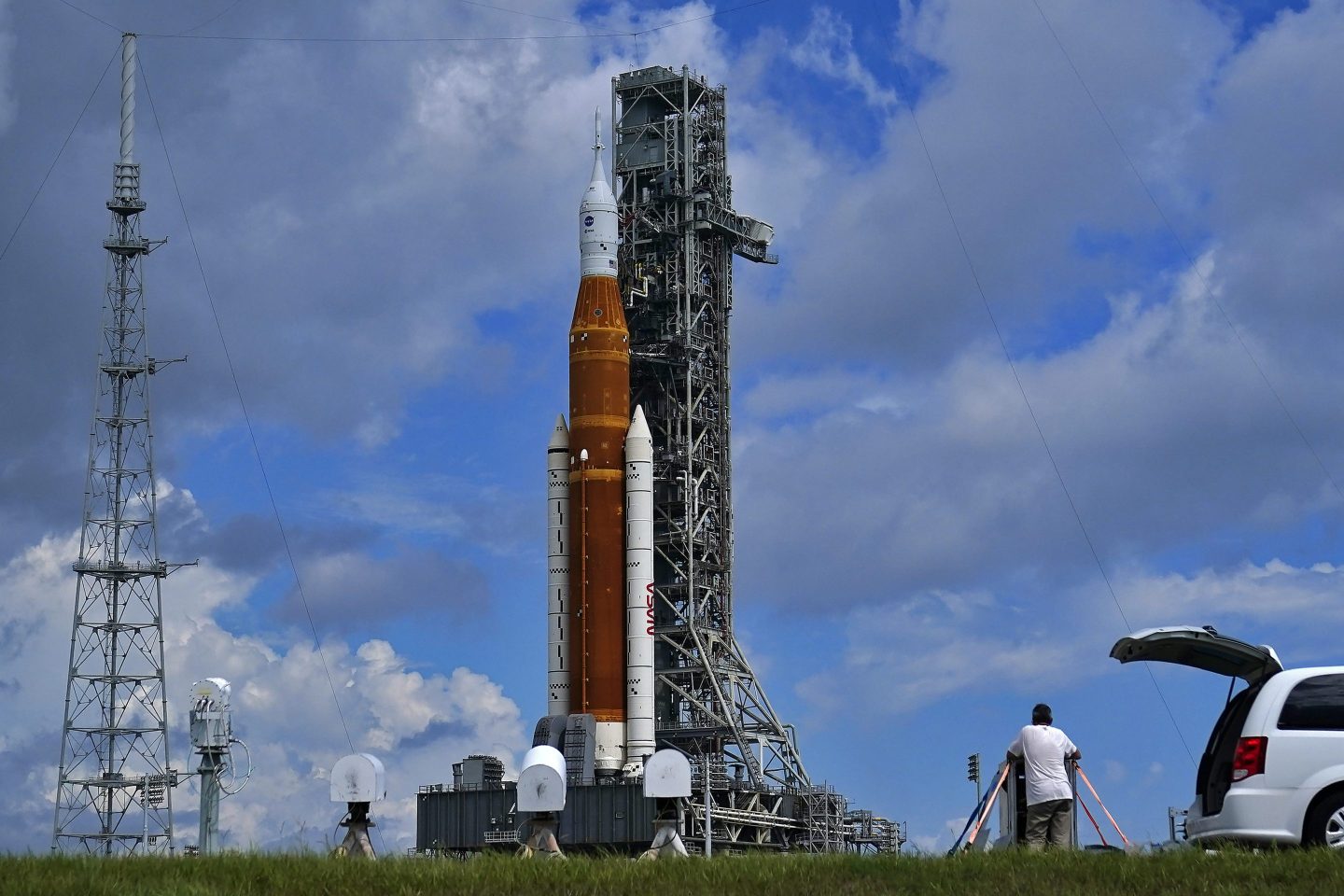 Photographers place remote cameras near the Artemis 1 rocket as she stands on Launch Pad 39-B at the Kennedy Space Center on Aug. 26 in Cape Canaveral, Fla. The launch is scheduled for Monday morning Aug. 29.
Brynn Anderson—AP Photo

NASA’s new moon rocket remained on track to blast off on a crucial test flight Monday, despite a series of lightning strikes at the launch pad.

The 322-foot Space Launch System rocket is the most powerful ever built by NASA. It’s poised to send an empty crew capsule into lunar orbit, a half-century after NASA’s Apollo program, which landed 12 astronauts on the moon.

Astronauts could return to the moon in a few years, if this six-week test flight goes well. NASA officials caution, however, that the risks are high and the flight could be cut short.

In lieu of astronauts, three test dummies are strapped into the Orion capsule to measure vibration, acceleration and radiation, one of the biggest hazards to humans in deep space. The capsule alone has more than 1,000 sensors.

More storms were expected. Although forecasters gave 80% odds of acceptable weather Monday morning, conditions were expected to deteriorate during the two-hour launch window.

On the technical side, Spaulding said the team did its best over the past several months to eliminate any lingering fuel leaks. A pair of countdown tests earlier this year prompted repairs to leaking valves and other faulty equipment; engineers won’t know if all the fixes are good until just a few hours before the planned liftoff. If Monday doesn’t pan out, the next launch attempt would be Friday.

After so many years of delays and setbacks, the launch team was thrilled to finally be so close to the inaugural flight of the Artemis moon-exploration program, named after Apollo’s twin sister in Greek mythology.

“We’re within 24 hours of launch right now, which is pretty amazing for where we’ve been on this journey,” Spaulding told reporters.

The follow-on Artemis flight, as early as 2024, would see four astronauts flying around the moon. A landing could follow in 2025. NASA is targeting the moon’s unexplored south pole, where permanently shadowed craters are believed to hold ice that could be used by future crews.