Six Flags CEO’s new strategy puts investors on a roller coaster: ‘You can’t go from Walmart to Nordstrom in 2 quarters’ 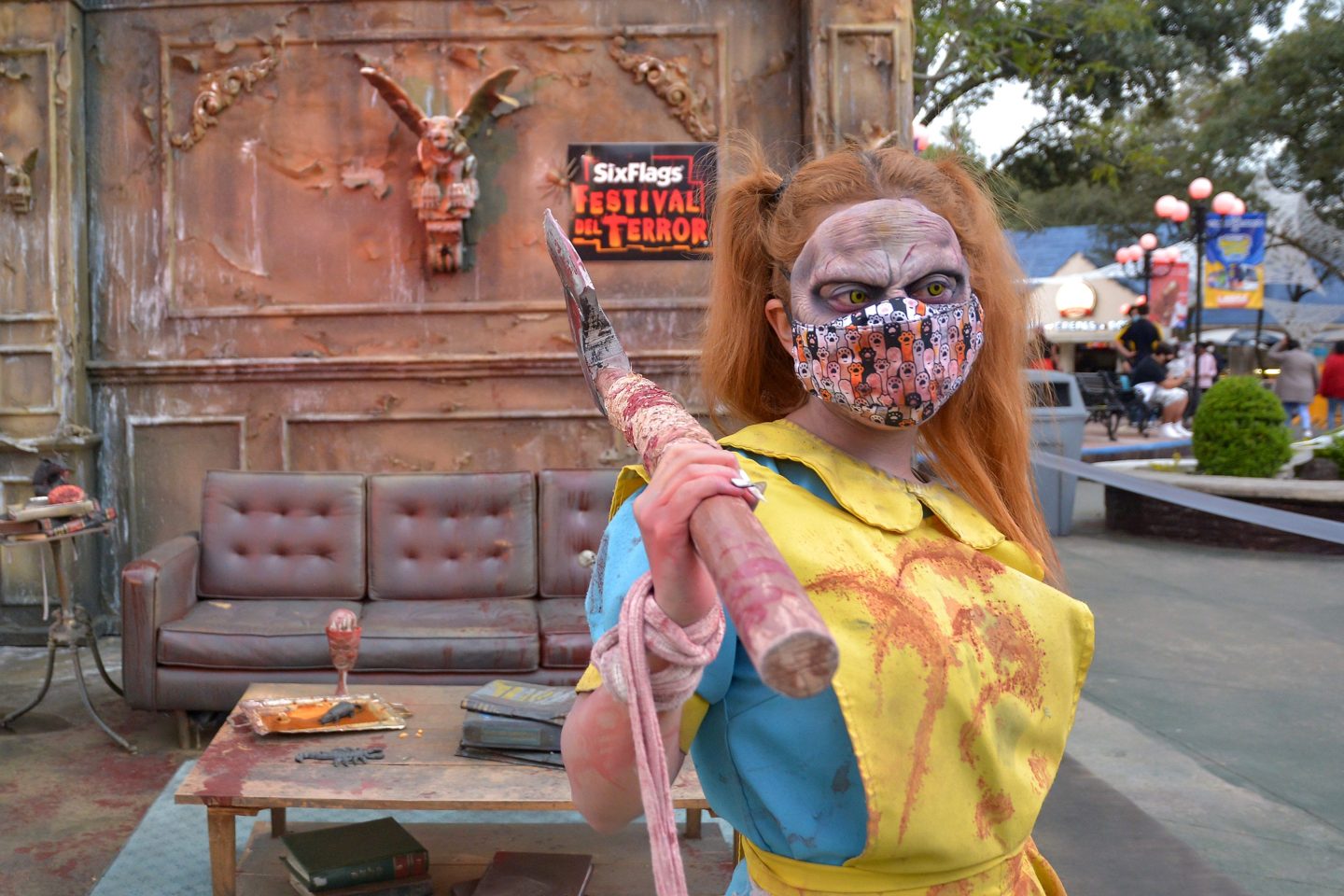 A person costumed as a scary character poses for photo during the inauguration of the 'Festival del Terror' at Six Flags Mexico on Sept. 24, 2021, in Mexico City, Mexico.
Medios y Media—Getty Images

“We became a daycare center for teenagers,” he said on an Aug. 11 earnings call.

But the strategy has yet to be a hit with many guests, employees and investors. Attendance tumbled 22% in the quarter ending July 3, even as other theme-park operators enjoy a rebound in travel. Park workers have taken to Reddit to complain about his changes. Six Flags shares have lost 40% of their value since Bassoul took over in mid-November.

“The problem is that you can’t go from Walmart to Nordstrom in two quarters,” said Martin Lewison, an associate professor who studies theme parks at Farmingdale State College in New York. “It’s still unclear what Six Flags is going to do to make itself more premium, other than dining.”

Bassoul, a 65-year-old native of Lebanon, raised prices on the company’s annual passes. An entry-level pass, which included parking, was offered as low as $50 in the past. A comparable pass now starts at $115. An annual dining plan, which became a TikTok phenomenon after members shared ways to eat at the parks every day, rose to $134 from about $80 to $100.

He also cut back on marketing, as he waited to make other improvements, and reduced full-time staffing by almost 25%.

The price hikes drove guest spending up 23% in the quarter, to nearly $64 a person. But the lower attendance contributed to a revenue and profit decline.

Some think it may get worse, amid inflation and more cautious consumer spending.

“If they thought second quarter was bad, third quarter is going to be abysmal,” said Dennis Speigel, founder of International Theme Park Services, a consultancy in Cincinnati. “It’s just the impact of the economy.”

Bassoul, who declined to be interviewed for this article, told investors on the conference call that he’s following the same playbook he did when he ran Middleby Corp., a maker of appliances and other gear for commercial and residential kitchens. There, he acquired other companies where management had lost confidence in their products. Those managers slashed prices to drum up sales, he said. Bassoul raised prices after acquiring the businesses.

“In many cases, our unit volume declined, but in every case, our profits grew substantially,” he said.

Six Flags, founded in 1961, is the largest owner of regional theme parks in North America, with 27 properties like Great America, outside Chicago, and Magic Mountain, just north of Los Angeles.

Bassoul said he’s upgrading the park entrances, restaurants and bathrooms and adding more benches and shaded areas where guests can relax. He also plans to hold more events for families in the fall.

One upside of the lower attendance is shorter waits for rides. That was echoed by one guest, 18-year-old Olivia Mauro, a frequent attendee of the company’s Great Adventure park in New Jersey.

“I’ve never waited more than 20 minutes for a ride this entire summer,” she said.

But Bassoul’s strategy involves getting more customers, particularly families, to buy higher-priced season passes. That may be a tough sell.

Margaret Andrews, a 44-year-old nonprofit industry worker, said she paid about $250 for parking and admission for herself and two children at Great Adventure recently. Food and beverages added another $80.

“It’s not a cheap day,” she said. “It’s reasonable for once a year, but I don’t know that I’d be willing to pay much more.”

Six Flags is headed in the direction of where the industry is going—higher-quality food, better landscaping and shorter lines, notes Rosenblatt Securities analyst Barton Crockett. The problem, he said, is Six Flags has yet to properly market its new upgrades, leaving potential customers and investors in the dark.

“Disney has managed to make people believers that they’re getting something for what they’re spending,” Crockett said. “Six Flags has yet to really do that like they need to.”

On the call, Bassoul asked for more time. “Our aggressive strategic shift is still a work in progress,” he said.