Biden mocks Trump’s claims he declassified the documents seized by the FBI from Mar-a-Lago. ‘C’mon, ‘declassified everything?” 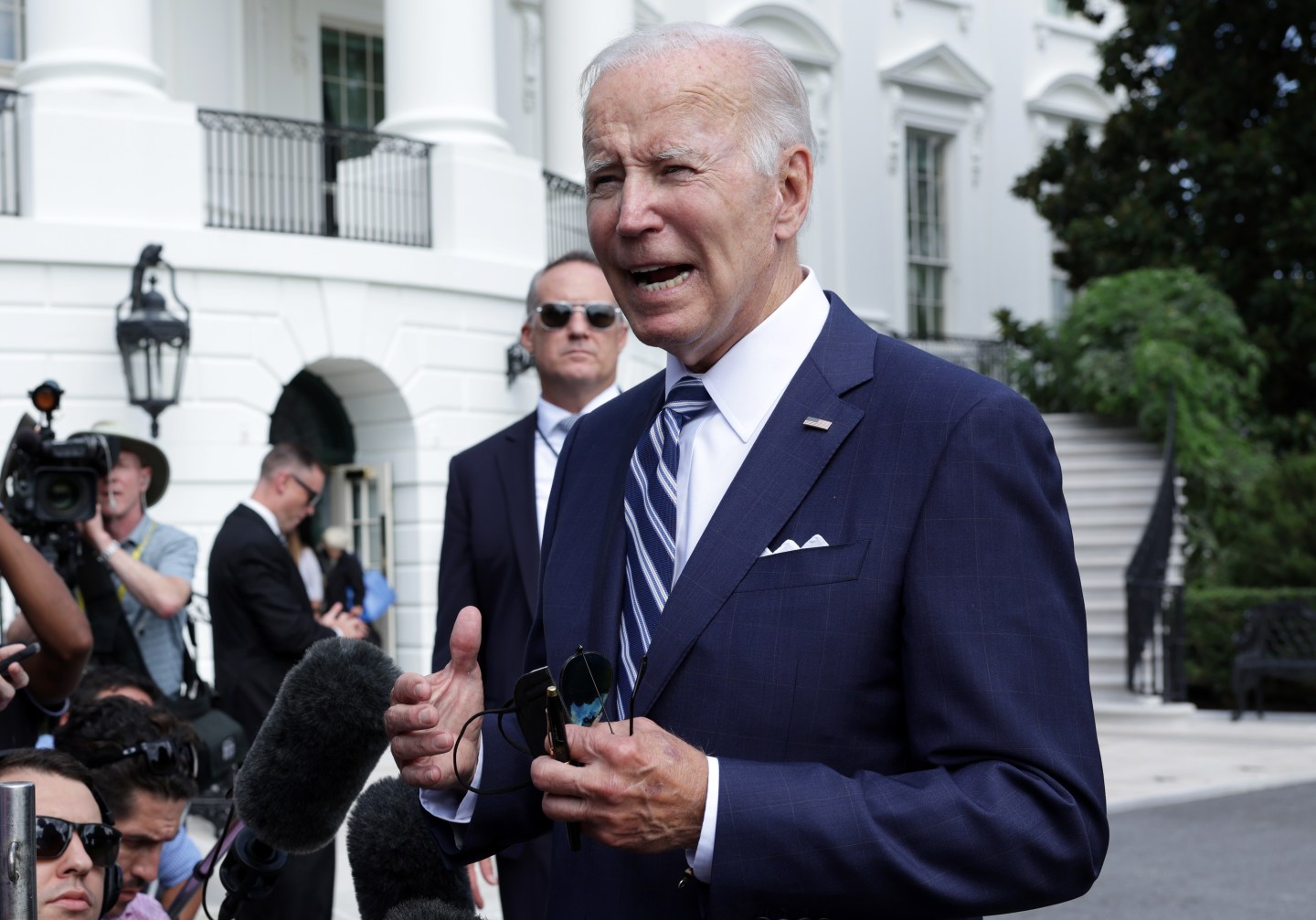 “I’ve declassified everything in the world, I’m president, I can do it all?” Biden told reporters, impersonating his predecessor as he departed the White House on Friday.

“C’mon, ‘declassified everything?’” he added, waving his hands for emphasis.

After saying he shouldn’t comment on the case, Biden went on to say that it could be appropriate to take classified documents home as president in certain circumstances. For instance, Biden said, he would receive his presidential daily brief in a “completely secure” area of his Wilmington residence while traveling there over the weekend.

But, he said, that material would be held by his military aide and locked and returned to the military after he finished reading it.

Minutes before Biden spoke, White House Press Secretary Karine Jean-Pierre told reporters in a briefing that “we feel that it is not appropriate for us to comment” on the search of Trump’s home.

“This is an independent investigation that the Department of Justice is leading,” she said. “We’re just not going to comment.”

Trump returned 15 boxes of documents to the government in January that included classified material, including sensitive defense information, according to an affidavit the FBI filed in support of its Mar-a-Lago search that was released in redacted form on Friday.

Trump has claimed that as president, he routinely declassified all documents moved from the White House to his personal residences. He has not publicly released any documentation or other confirmation of those declassifications.