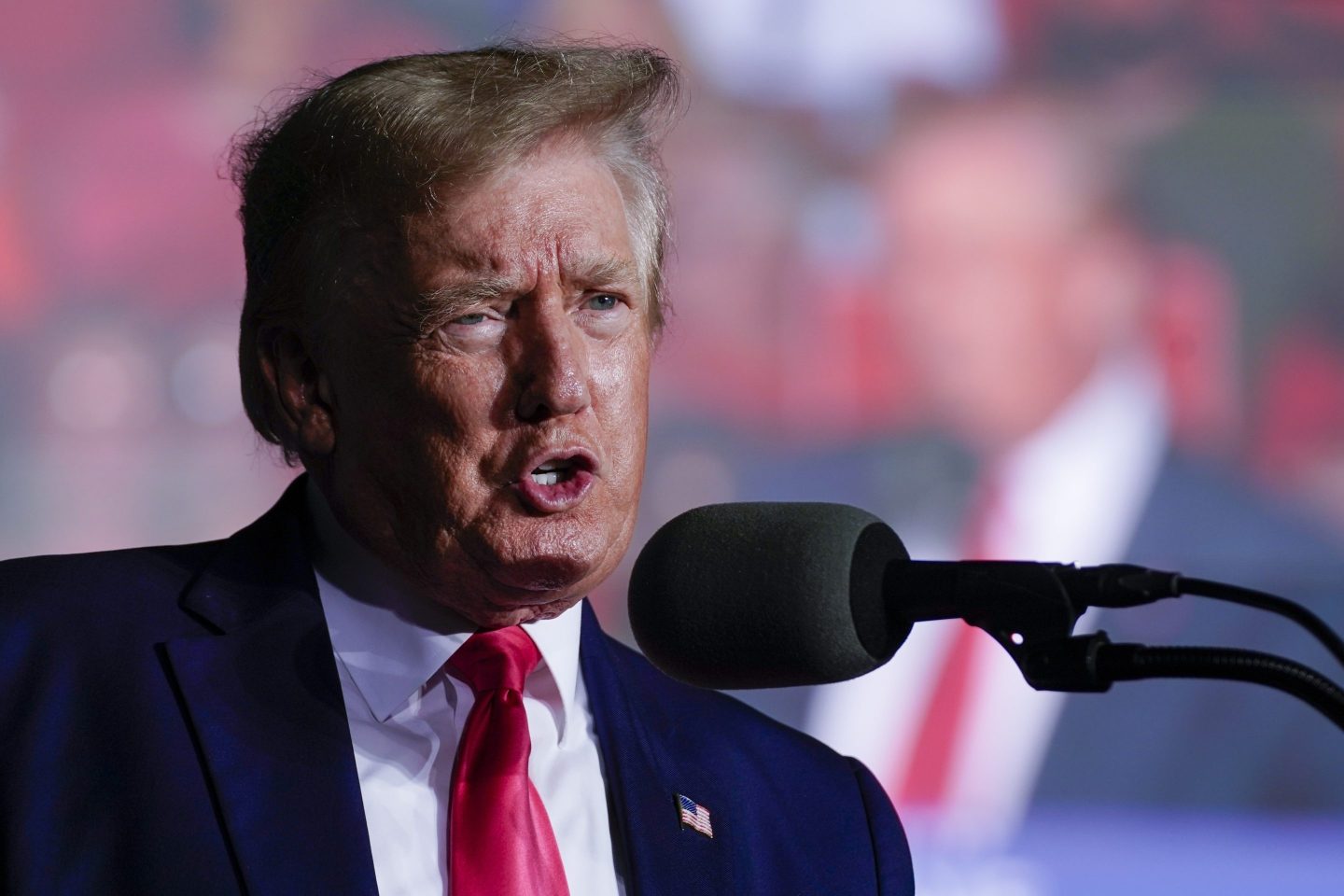 A judge on Thursday ordered the Justice Department to make public a redacted version of the affidavit it relied on when federal agents searched the Florida estate of former President Donald Trump to look for classified documents.

The directive from U.S. Magistrate Judge Bruce Reinhart came hours after federal law enforcement submitted under seal the portions of the affidavit that they want to keep secret as their investigation moves forward.

The judge said the department must file its redacted version by noon Friday. The redactions proposed by the department are likely to be extensive, so it’s not clear how much new information about the investigation will be revealed.

Reinhart had given the department until Thursday at noon to propose to him the redactions to the affidavit it wanted to make before any portion of it was released to the public. But he acknowledged Monday that it was possible that the redactions, or blacked-out portions, would be so extensive as to leave the public version of the document without any meaningful information.

The affidavit is likely to contain key information about the FBI’s basis for executing a search warrant at Mar-a-Lago in Palm Beach on Aug. 8. Documents already made public as part of the investigation show that the FBI retrieved from the property 11 sets of classified documents, including information marked at the top secret level.

The documents also showed that the FBI was investigating the “willful retention of national defense information,” the concealment or removal of government records and obstruction of a federal investigation.

Multiple news media organizations, including The Associated Press, argued in court last week for the disclosure of the affidavit, citing the extraordinary public interest in the federal search of a former president’s home. Trump and some of his supporters have also encouraged the document’s release.

The media coalition responded to Thursday’s filing by asking the judge to unseal portions of the department’s brief and to direct the government, “going forward,” to file publicly a redacted version of any sealed document it submits. The groups noted that significant information about the investigation is already public.

“At a minimum, any portions of the Brief that recite those facts about the investigation, without revealing additional ones not yet publicly available—in addition to any other portions that pose no threat to the investigation—should be unsealed,” the news organizations wrote.

They added, “If and when additional facts come to light and are confirmed to be accurate, or certain facts no longer pose a threat to the investigation for any other reason, there is no justification for maintaining them under seal either.”

Reinhart has said that though he was sensitive to the department’s concerns, he was not inclined to keep the entire document sealed and directed officials to submit to him redactions of the document reflecting the information it wants to keep secret.