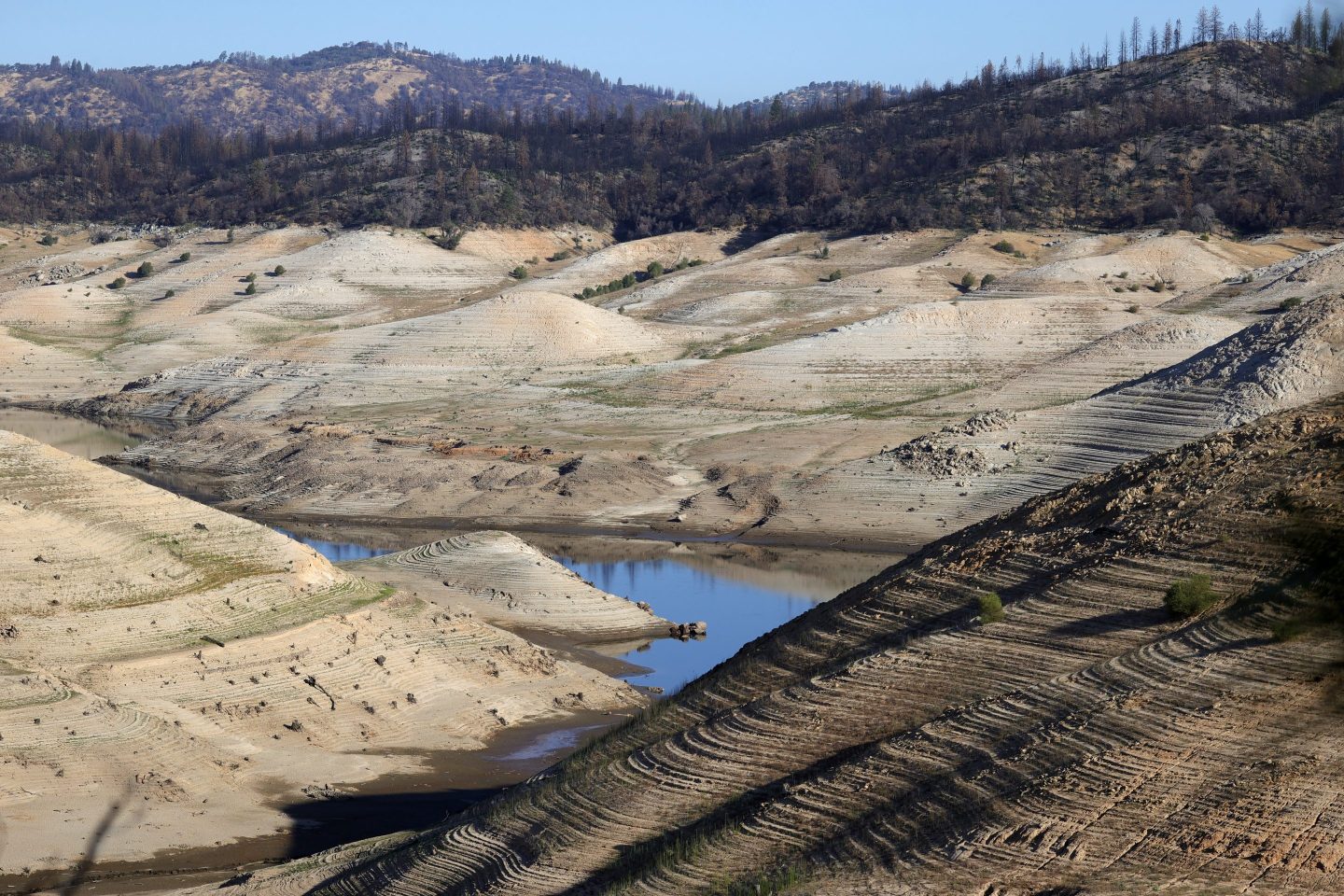 California water prices hit an all-time high of $1,233 an acre-foot Wednesday on the Nasdaq Veles California Water Index, which tracks the average price of water-rights transactions in five markets in the state.
Justin Sullivan—Getty Images

California lawmakers are ratcheting up calls for “urgent action” by the U.S. Justice Department to investigate potential water crimes as the state battles “dire” supply shortages and drought.

“We believe this manipulation is causing water prices to spike, and may soon cause a spike in food prices,” four state lawmakers including Democratic Senator Melissa Hurtado and Republican Assembly Member Suzette Valladares wrote Wednesday in a letter to Garland.

The legislators didn’t identify who might be trying to jack up prices in markets where hedge funds, land owners and government agencies trade rights for water that flows to residential customers, commercial users and agricultural interests. In the letter, they raised concerns that large landowners could be using questionable groundwater data from private consulting firms to manipulate small farmers into selling their land.

The topic has enormous political resonance in a state whose water disputes date to the gold rush of the mid-1800s, especially with the Los Angeles region facing unprecedented supply cuts in the worst drought in the U.S. West in 1,200 years.

California water prices hit an all-time high of $1,233 an acre-foot Wednesday on the Nasdaq Veles California Water Index, which tracks the average price of water-rights transactions in five markets in the state.

More supply cuts are on the way as policymakers struggle to come up with plans to avoid worst-case scenarios for cities, agriculture, industry and wildlife.

The drought also is taking severe toll as the state’s water districts begin building the framework for new underground water usage rules. That effort is a potential boon for water consultancies as local officials try to get a handle on crucial water data needed to gird the regulations.

“California’s water history reminds us that it’s not just investors who are to blame for fraud or market manipulation and that we must consider the role that professional consulting firms play in our water outcomes,” lawmakers including Democrats Dave Cortese and Freddie Rodriguez said in the letter.

The Justice Department didn’t immediately respond to requests for comment.

Three months ago, state senators Hurtado and Cortese sent a letter to the Justice Department calling for an investigation of potential drought profiteering in western states. Their May 17 letter said “hedge funds and monopolistic businesses” are trading water rights in a way that is harmful.

In April, federal prosecutors charged the former manager of a California water district with stealing more than $25 million worth of water over nearly a quarter century by diverting from a leak in a canal in the Central Valley and then selling it.