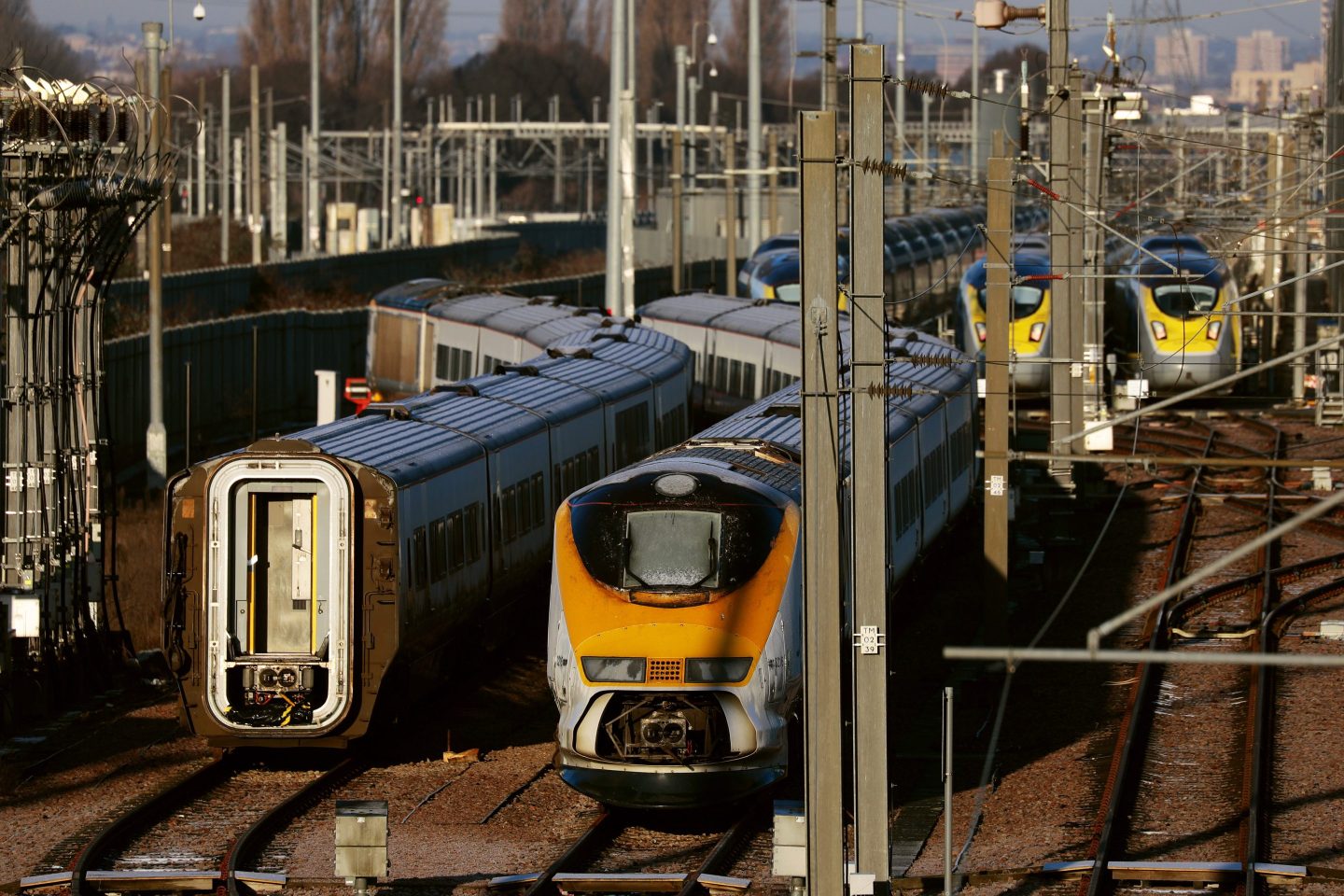 A train broke down in the undersea tunnel connecting France and England.
Jason Alden—Bloomberg/Getty Images

Eurotunnel passengers were forced to wait in an undersea tunnel for hours after the train connecting the French city of Calais to the British town of Folkestone broke down Tuesday evening.

The line ferries passengers along the 50 kilometer (31 mile) Channel Tunnel between France and England, but after an alarm on board sparked the need for an inspection, the train was forced to stop mid-journey.

Rachel Thynne, a teacher and writer, who was also on the train, told Fortune: “About 10 minutes into the train journey, the train just stopped, and we had an announcement saying there was a problem with the train, but they didn’t know what the problem was.

“Two hours later, they got us moving a little bit, and then it stopped again. The same problem had happened,” Thynne said. “It was getting hotter and hotter in the carriage.”

At one point, an announcement was made asking if there was a doctor on board the broken-down train, Thynne said.

“Someone was panicking a bit, as they were traveling on their own. Most people were calm and friendly though,” she said.

Thynne spent four hours total on the train before being asked to disembark, at which point passengers were accompanied down a service tunnel by foot to take another train to Folkestone.

Passengers left behind approximately 100 vehicles on the original train when they disembarked.

The evacuation was taken as a “precautionary measure,” a spokesperson for Getlink, the company that manages and operates both the Eurotunnel service and the Channel Tunnel infrastructure, told Fortune.

Thynne described the experience walking through the service tunnel as “disconcerting” and “abnormal.”

The service shuttle transferred passengers to the terminal in Folkestone, where restaurants offered free food and drink to the passengers, Thynne said, although she added that lines for refreshments were so long that not every passenger was able to eat.

“We had to queue for food, and they opened the restaurants and just gave us the free food. Except the queue was so long that we didn’t actually get any,” she said.

In total, Thynne said that the ordeal lasted around six hours between time on the original train and the wait in the Folkestone terminal before passengers’ cars were returned to them.

“Operations like this do take time, but they are for the safety of everyone and must be conducted carefully,” Getlink’s spokesperson said.

The disruption caused the delays of several other trains Tuesday night, although operations had returned to normal and all affected passengers had been accounted for by 6 a.m. local time Wednesday morning, he added.

“We apologize to anyone who got caught up in the incident, but we stress that we will always put customer safety above everything,” the spokesperson said.

Passengers described the situation as a “trap” on Twitter.

The Eurotunnel transit between Calais and Folkestone normally takes around 35 minutes.