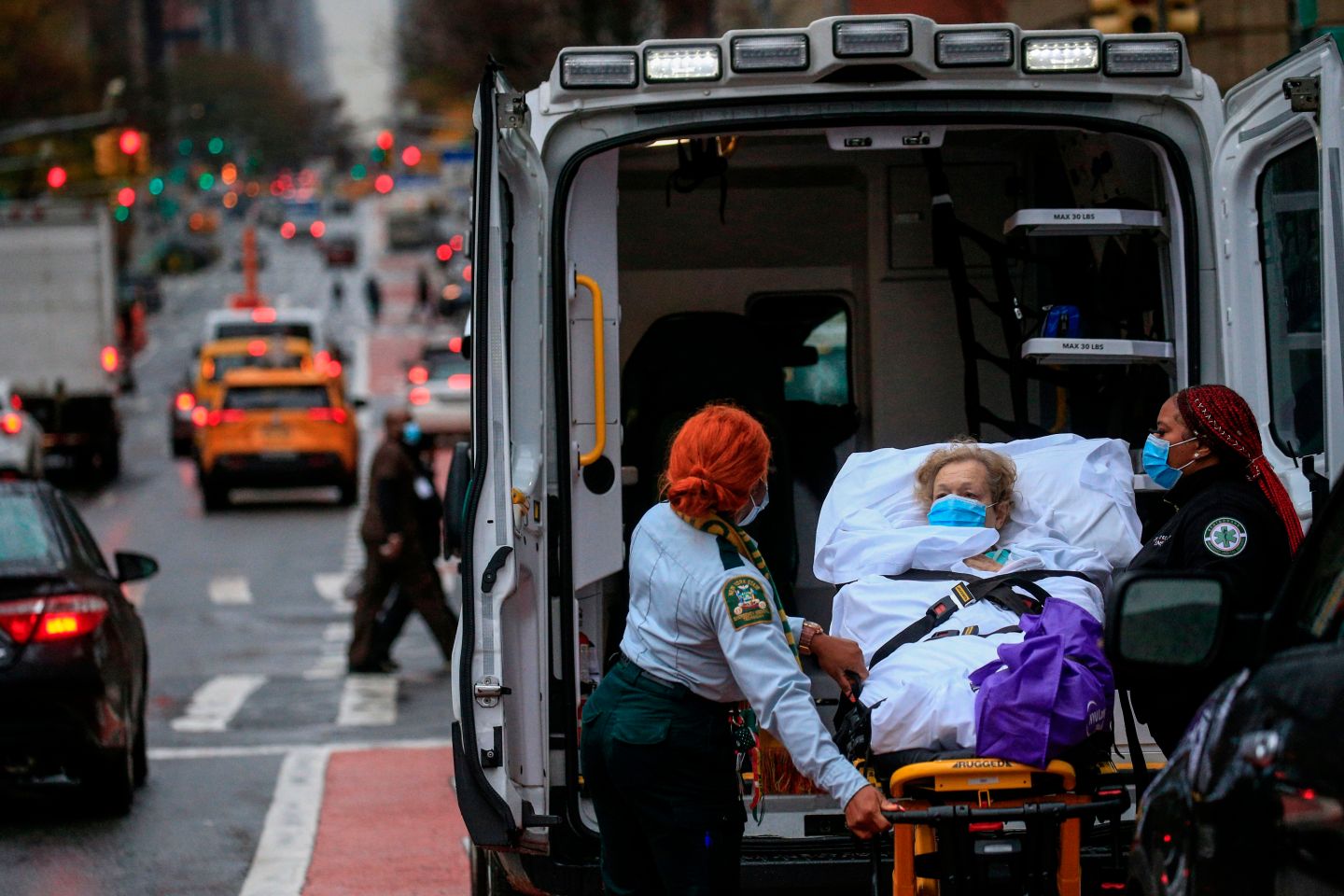 A patient is transported outside of Tisch Hospital in New York on November 13, 2020. New York saw a bigger decline in life expectancy in 2020 than any other state.
Kena Betancur—AFP/Getty Images

Life expectancy in the United States fell by almost two years in 2020—the biggest decline in American lifetimes since the Second World War.

A new report from the Centers for Disease Control and Prevention (CDC)’s National Center for Health Statistics, published Tuesday, analyzed data from 2020 and found that life expectancy had declined in all 50 states and the District of Columbia.

New York suffered a bigger decline in life expectancy than any other state, according to the data, with its residents expected to live for three years less in 2020 than they had been expected to live in 2019.

Washington, D.C., and Louisiana lost 2.7 and 2.6 years respectively from their life expectancies in 2020, making them the second- and third-worst hit.

Overall, U.S. life expectancy fell by 1.8 years in 2020, with Americans expected to live until they were 77 years of age during the first year of the pandemic.

The decline marked the biggest drop in U.S. life expectancy since World War II, when the figure fell by 2.9 years in a 12-month period.

More than 1 million people in the U.S. have died of COVID-19 to date, according to WHO statistics.

Globally, more COVID deaths were recorded in 2021 than in 2020, with deaths from the virus surpassing 2020’s toll by mid-June last year.

Meanwhile, drug overdoses have been playing a part for several years in stunting American lifespans, with the opioid crisis contributing to slight drops in life expectancy in recent years.