Starbucks has to rehire 7 workers it fired for trying to unionize, federal judge rules 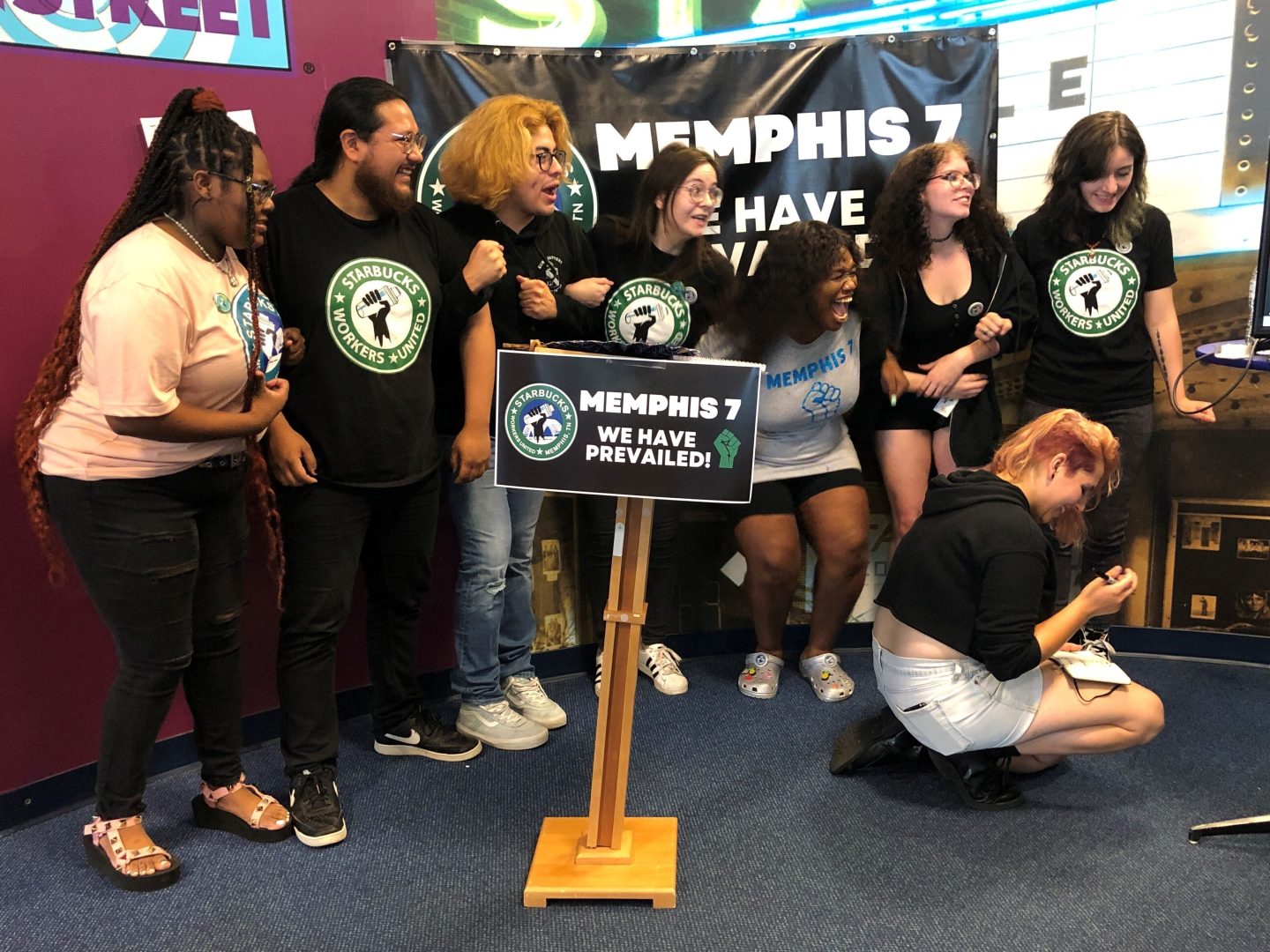 A federal judge ordered Starbucks to reinstate seven employees in Memphis who were fired earlier this year after leading an effort to unionize their store.
Adrian Sainz—AP Photo

A federal judge is ordering Starbucks to reinstate seven employees in Memphis who were fired earlier this year after leading an effort to unionize their store.

In a decision issued Thursday, U.S. District Judge Sheryl Lipman agreed with the National Labor Relations Board, which had asked the court to intervene in May.

Lipman’s decision requires Starbucks to offer to reinstate the employees within five days. Starbucks will also be required to post the court order in the Memphis store.

Starbucks fired the seven employees in early February, citing safety. The Seattle coffee giant said the employees violated company policy by reopening a store after closing time and inviting non-employees—including a television crew—to come inside and move throughout the store.

The NLRB had begun administrative proceedings against Starbucks, saying the company was unlawfully interfering in workers’ right to organize. But those proceedings can take so long that the NLRB asked the federal court for an immediate injunction requiring Starbucks to reinstate the workers.

“Today’s federal court decision ordering Starbucks to reinstate the seven unlawfully fired Starbucks workers in Memphis is a crucial step in ensuring that these workers, and all Starbucks workers, can freely exercise their right to join together to improve their working conditions and form a union,” the labor board’s General Counsel Jennifer Abruzzo said in a statement. “Starbucks, and other employers, should take note that the NLRB will continue to vigorously protect workers’ right to organize without interference from their employer.”

A message seeking comment from Starbucks was left by The Associated Press.