New York City wants to charge up to $23 a day to drive into Manhattan. It would be ‘politically and economically explosive,’ a top researcher says 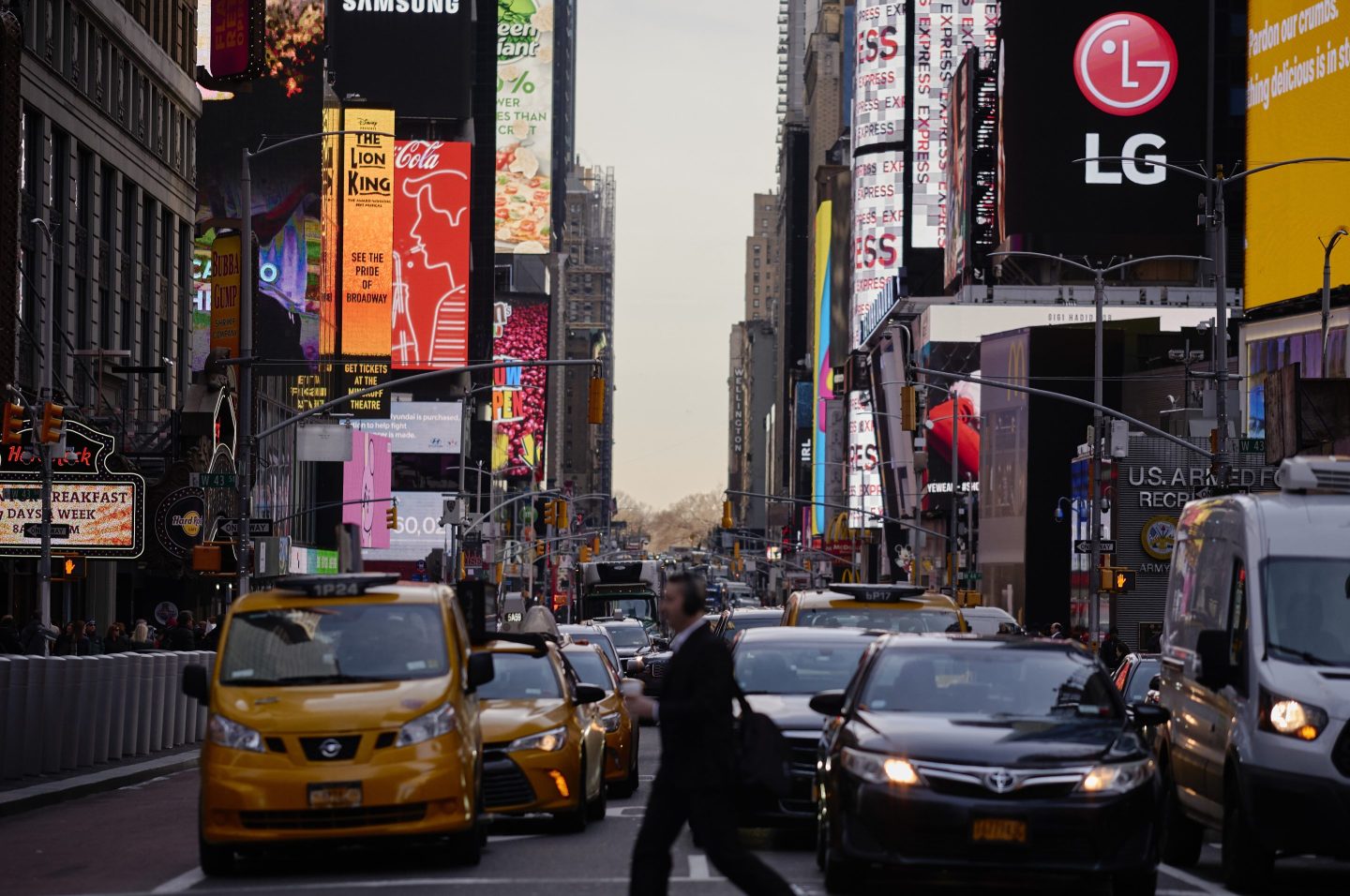 New York City is about to implement the first congestion pricing plan in the U.S.
John Taggart—Bloomberg/Getty Images

New York’s Metropolitan Transportation Authority is relying on a congestion pricing plan to create much-needed revenue but the eye-popping costs to motorists have some experts and lawmakers calling for an alternative fundraising source.

The state agency that runs New York City’s subways, buses and commuter rail lines plans to charge some motorists as much as $23 to drive into Manhattan’s central business district. The additional fees outlined in the congestion pricing plan—the first of its kind for a U.S. city—have not been widely well-received.

“Charging cars up to $23/day would be politically and economically explosive,” Municipal Market Analytics’s Matt Fabian and Lisa Washburn wrote in a research note published Monday.

For those traveling from Princeton, New Jersey, to the Manhattan district south of 60th Street, the average round trip cost per vehicle would be $120 with the additional toll, according to an Environmental Assessment report the MTA released last week. Motorists coming from Dutchess/Putnam Counties in New York, would be charged a total average of $111.

“The numbers just do seem so high in terms of what people need to pay that it seems like it’s something that a lot of people aren’t going to be able to afford,” said Daniel Solender, head of municipal securities at Lord Abbett & Co., which holds MTA debt. “So you could definitely see some pushback on how affordable this is for people and who are going to be impacted and causing different parts of the population to try to stop it.”

State lawmakers approved the congestion pricing plan in 2019 and the MTA anticipates receiving federal approval as soon as later this year. But after the Environmental Assessment report showed the potential costs for drivers, some federal lawmakers, who opposed the plan from the start, pushed back.

Congresswoman Nicole Malliotakis (R-NY) and Congressman Josh Gottheimer (D-NJ) say congestion pricing puts an economic strain on their constituents. The lawmakers on Monday said the MTA needs a full audit of how it spent federal funds during the past five years, including $15 billion of coronavirus aid to cover lost farebox revenue.

While the MTA, the largest mass-transit provider in the U.S., needs a new revenue source, New York officials should develop other funding possibilities beyond the congestion pricing initiative in case the state fails to execute it, Fabian and Washburn said in their report. Stakeholders should view the congestion pricing plan within a state funding context because it allows the state to avoid other traditional taxing options, the analysts wrote.

“The state should be showing its funding alternatives ASAP,” they said.

Despite the backlash, New York Governor Kathy Hochul on Monday said she plans to move forward with congestion pricing. The new tolls could go into effect as soon as late 2023.

Supporters of the tolling plan said it will help combat pollution. The environmental assessment report estimates that traffic in the district could drop by as much as 9% and use across the entire public transit systems could increase by as much as 2%.

Congestion pricing “is designed to deal with something that’s really a danger to our economy and our region which is this incredible congestion we have in the central business district,” Janno Lieber, MTA’s chief executive officer, said Wednesday during an interview on WNYC. “It’s an air quality issue, it’s a health issue, it is a congestion and economy issue, and it’s also about trying to cut down on traffic violence.”

Officials anticipate congestion pricing will bring in about $1 billion annually that the MTA will borrow against to raise $15 billion for its $51.5 billion multiyear capital plan.

Revenue from the congestion pricing plan is a vital part of the MTA’s capital plan, which will help upgrade a subway system that was neglected for decades and improve service to boost ridership. The money will be used to modernize the system, reduce delays, add elevators to more stations and buy more all-electric buses.

“They have to spend more money to make it better and bring more people back,” Solender said.

Transit ridership has rebounded slower than the MTA was anticipating. Weekday subway ridership is about 60% of 2019 levels. Farebox and toll revenue used to cover about half of the MTA’s operating costs but now pay for 30%, according to the MTA.

The ridership drop has weakened the transit agency’s finances. The MTA faces a potential $2.6 billion operating budget deficit in 2025 and is seeking additional state funding as soon as next year to help reduce its projected shortfalls.

—With assistance from Skylar Woodhouse.