Cuba’s energy crisis and crippling tourism industry is causing the biggest exodus to the U.S. in decades 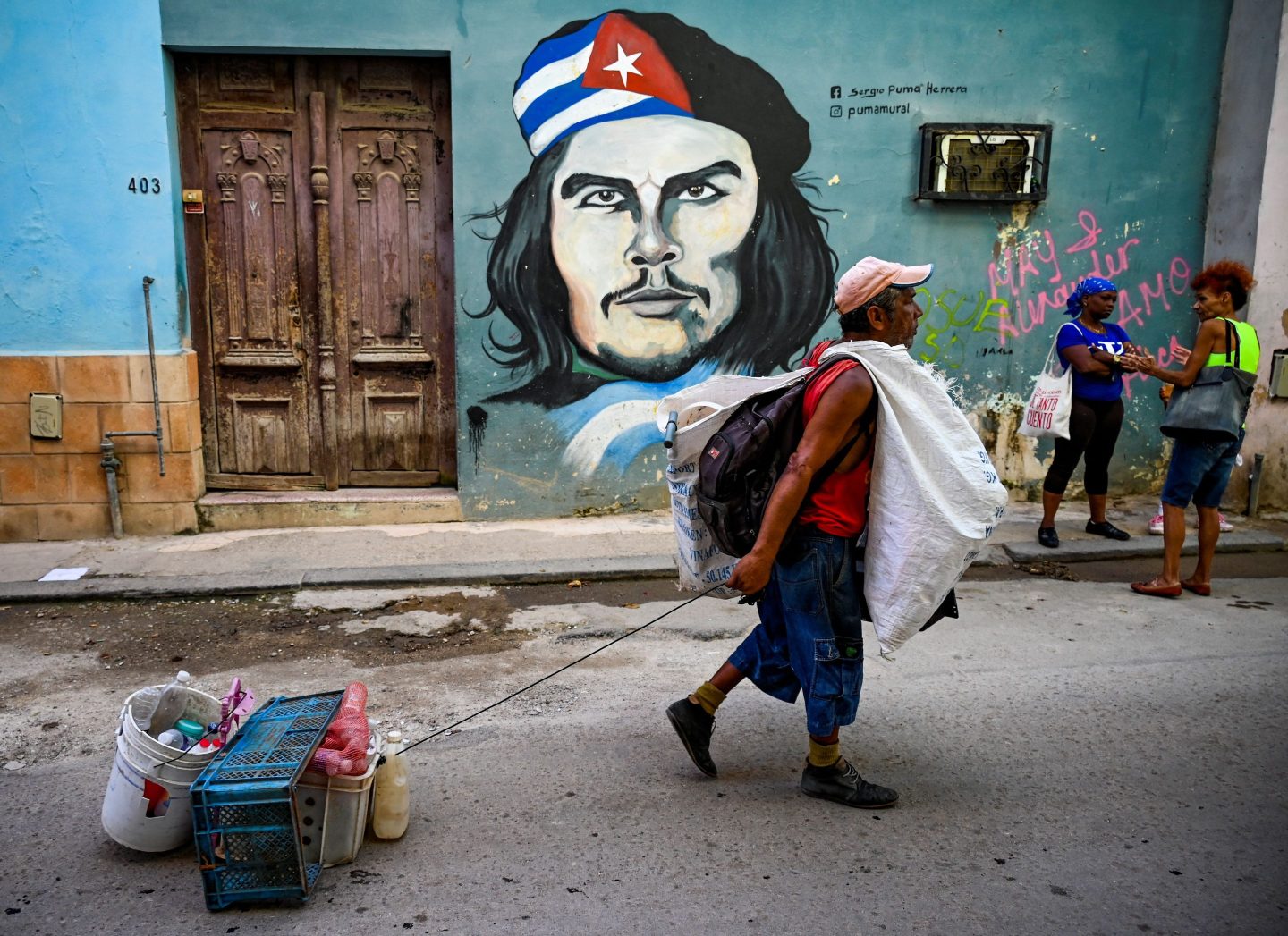 On top of an energy crisis, western sanctions on Russia after its February invasion of Ukraine restricted a flow of visitors to the island.
Yamil Lage—AFP/Getty Images

Cuba is seeing its biggest exodus to the U.S. in decades following a series of economic body blows that have worsened shortages and power blackouts.

Border officials have encountered nearly 178,000 people fleeing the communist-run Caribbean nation of 11 million so far this fiscal year, according to U.S. government data through July. Most are coming by land, after leaving the island for other Latin American nations that don’t require visas.

“The current wave of Cuban migrants has officially surpassed the previous two largest waves of Cuban migration to the U.S.—the Mariel boatlift in 1980 and the Balsero crisis of 1994—combined,” according to a newsletter by the Center for Democracy in the Americas, an advocacy group in Washington that calls for lifting sanctions. Those crises were also triggered by economic downturns.

The milestone comes after a massive fire the government says started with a lightning strike engulfed four of eight storage tanks at a key fuel depot. Fallout from the five-day blaze in Matanzas, on the north shore about 60 miles east of Havana, threatens to worsen blackouts that have already sparked sporadic protests.

On top of an energy crisis, Cuba has suffered repeated shocks to its vital tourism industry this year.

Western sanctions on Russia after its February invasion of Ukraine restricted a flow of visitors to the island. An explosion caused by a gas leak ripped through a top luxury hotel in the capital just before it was due to reopen in May, killing dozens. And at the start of July, a general who controlled a sprawling state-run business empire that dominates Cuba’s economy died of a heart attack.

Before the fire, Cuba was on pace to see output grow 3.4% this year, according to United Nations forecasts. Inflation, meanwhile, is running at nearly 30% thanks to a devaluation of the peso and rising costs for fuel and other imports.

As the economy faltered and shortages got worse, aggravated by the pandemic and tighter U.S. sanctions imposed by former President Donald Trump, mass street protests broke out in July 2021 that sparked a brutal government crackdown.

“If things were bad last year—and look at what happened—things are going to be worse this year,” Pedro Freyre, a Democrat who was active in policy discussions during President Barack Obama’s attempted detente with Cuba, said by phone last week. “Power outages will be endemic, and nothing good happens in the dark.”

Acute though misery is across the island, Freyre doesn’t perceive an immediate threat to President Miguel Diaz-Canel or the communist regime. “The system is very brittle and it is frayed at the edges, but I don’t see it coming apart at the seams,” he said.

The Cuban government had hoped that President Joe Biden would make good on a pledge to dial back sanctions imposed by Trump. But so far, the administration has only loosened a few rules on family travel and financial support.

Freyre, who is head of the international practice at Miami law firm Akerman LLP, doesn’t expect any bold moves on Cuba policy with midterm elections looming. But he does expect some more tinkering along the margins to make it easier for the U.S. to fund Cuba’s burgeoning entrepreneurial sector.

“Keep an eye on remittances and small businesses,” he said. “That’s where there may be some action.”