America is falling in love with drive-thru food again as pandemic habits prove sticky. Even Sweetgreen and Shake Shack are getting in on the act 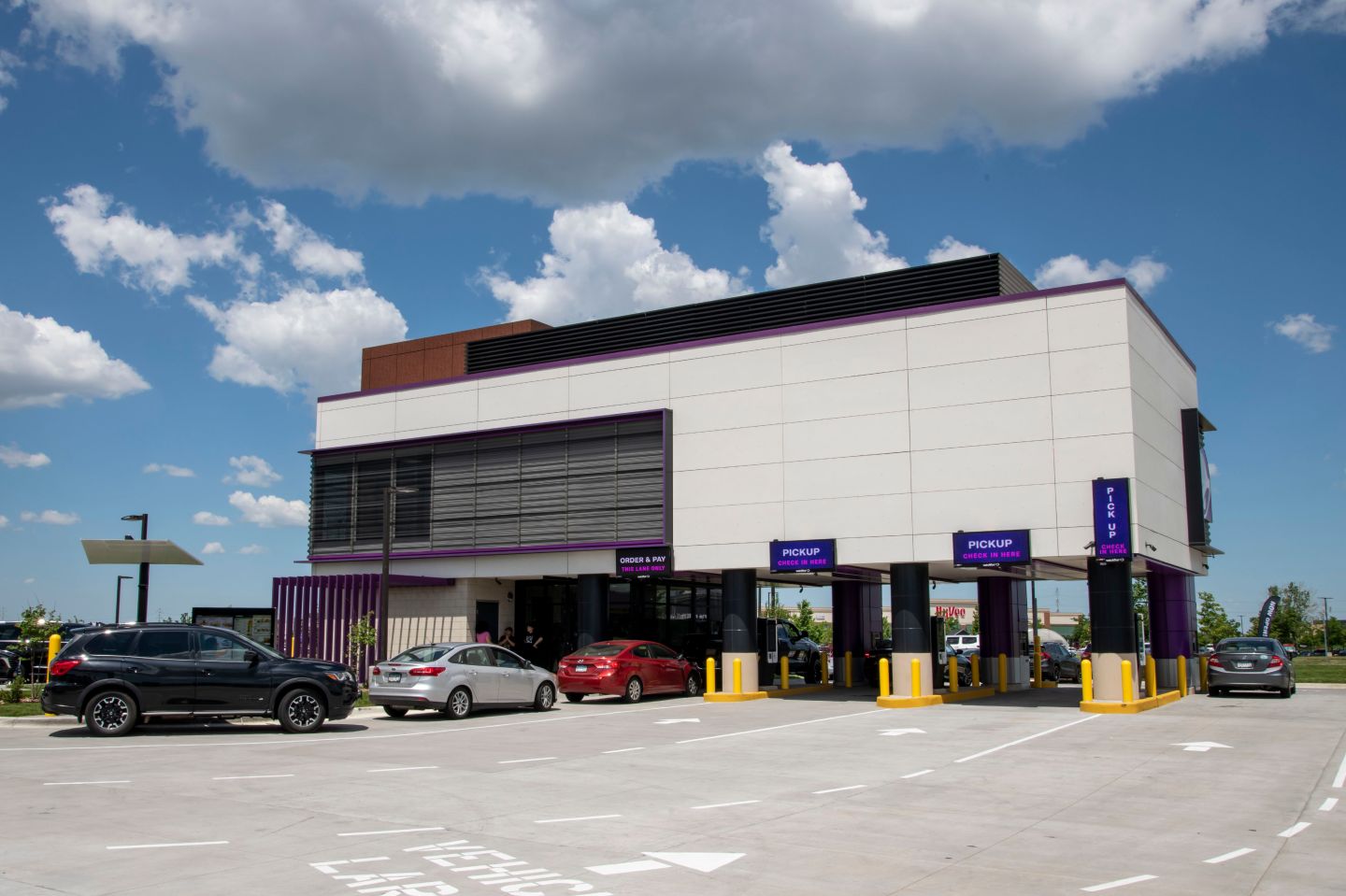 Not actually a Sweetgreen or Shake Shack.
Getty Images

Among the many places to get a banh mi in Houston is the drive-through lane at Saigon Hustle.

The seven-month-old spot was started by Cassie Ghaffar and Sandy Nguyen, in part to create something for busy parents who don’t want to deal with getting kids out of cars and into restaurants. “Its convenient and accessible to not only moms like us but people who aren’t familiar with Vietnamese food,” says Ghaffar. “We wanted to streamline and simplify how to get Vietnamese food quickly and efficiently and without compromising authenticity.”

The colorful restaurant is set on the site of a vintage gas station and has a 40-seat patio. The menu features spring rolls, Vietnamese iced coffee, and a variety of such build-your-own items as vermicelli noodle bowls, rice bowls, and salads, with add-ons like chargrilled barbecue pork and lemongrass tofu.

The restaurant is already on its way to hitting $1.8 million in revenue, originally set as a third-year target. The owners are planning a second location in Houston, twice as big as the original spot, with indoor dining and an expanded menu offering pho and fried rice. “The pandemic heightened the concept and added value to it,” says Ghaffar. “We’re already looking at a projected five locations.”

Saigon Hustle is one of the many drive-thrus that flourished during the pandemic as Americans grappled with health concerns and capacity restrictions in sit-down dining rooms. They stand in stark contrast to the restaurant industry as a whole, which took a beating with 98% of restaurants across the country suffering declines in sales. Across the U.S., orders at drive-thrus grew by 20% from February 2020 to the same month in 2022, according to a study by the NPD Group, a global retail data company. Not only has the trend expanded restaurateurs’ conceptions of drive-thru food, it’s also given rise to innovative building designs.

Tim Condon owns the Lonestar Cheeseburger Co. food truck in San Angelo, Texas, which quadrupled sales during the pandemic, to an annual revenue of $1 million. Noting his customers’ preference for convenient take-out food and encouraged by the sales jump, Condon is now betting n drive-thrus. The chef from Omaha, Neb, who also owns an American bistro called Angry Cactus in San Angelo, is building a seven-lane, drive-thru-only restaurant on five acres.

The enormous building, modeled after the Alamo, will be 50-feet tall. Its seven lanes will feature one designed for large vehicles, including 18-wheelers; others are designated for delivery drivers and traditional drive-thru customers. There will also be a “speakeasy lane,” according to Condon—specifically for alcohol to go. The restaurant will offer all the items on the Lonestar Cheeseburger menu including burgers, cheese steaks, and wraps, as well as ice cream, shakes, and baked goods from an in-house bakery. Drinks will include margaritas, daiquiris, and Davy Crocketts, a mix of Dr. Pepper and Jack Daniels named for the frontier hero.

Amy Mills launched the drive thru sandwich shop, Faye, after the model proved successful at both locations of her smoked-meat spot, 17th Street Barbecue, in Murphysboro, Ill., and nearby Marion, Ill. Faye also houses an all-day coffee shop in partnership with Onyx Coffee Lab. Items such as bologna biscuit sandwiches and summer peach salad are on the drive-thru menu; French toast is not included because it doesn’t hold up well, but Mills says it is available on request.

If the pandemic has opened a door for entrepreneurs to invest in drive-thru restaurants, it’s also put fast-casual and fast-food chains in the category’s express lane. Among the big companies focusing on car-friendly locations is Taco Bell Corp, owned by Yum! Brands Inc. Its futuristic Taco Bell Defy in Brooklyn Park, Minn., is a two-story drive-thru with four lanes and digital screens to enable ordering on the spot. Orders are delivered to customers via a vertical chute from the second-floor kitchen. The system isn’t just modern-day Jetsons:  the burrito specialists claim it will reduce service time to two minutes or less.

Salad super chain Sweetgreen Inc will open its first drive-thru “sweetlane,” in Schaumburg, Ill., in the coming year, even though salads aren’t necessarily drive-friendly fare. Customers will be able to place orders online through the brand’s digital platform and watch them prepared through a round observation window. The location will also provide dine-in service. The opening date has yet to be announced.

Burger and milkshake giant Shake Shack Inc. entered the drive-thru market in late 2021 and now has six restaurants around the U.S. operating drive-thru lanes. Early numbers show the model paying off. In the past four months, average weekly sales at each location trended above $80,000, higher than the overall average of $76,000. The drive-thrus make up roughly half of those sales.

“We’re leaning heavily into our drive-thru plans,” said Randy Garutti, the chain’s chief executive officer, on an earnings call in early August. “By the end of ’22, we expect to have at least 10 drive-thrus open and are targeting opening 10 to 15 more in 2023,” he added.