Starbucks asks labor board to temporarily suspend union votes at its U.S. stores 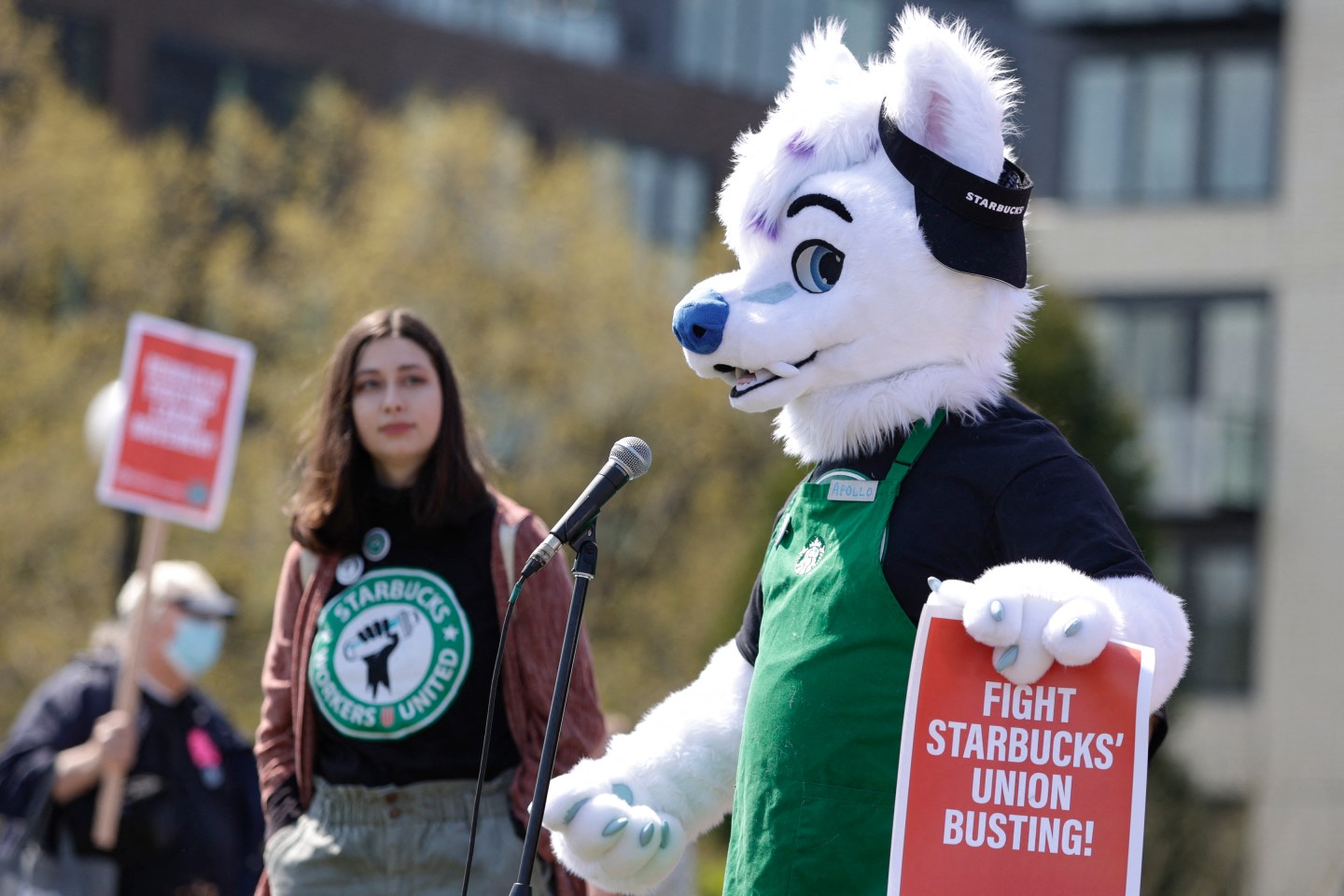 Michael Vestigo of Kansas City, Kansas, who claims he was fired by Starbucks, speaks while dressed as Apollo the wolf during the "Fight Starbucks' Union Busting" rally and march in Seattle on April 23, 2022.
Jason Redmond—AFP/Getty Images

Starbucks is asking the National Labor Relations Board to temporarily suspend all union elections at its U.S. stores in response to allegations of improper coordination between regional NLRB officials and the union.

In a letter sent Monday to the NLRB, Starbucks said an unnamed government official told the company about numerous issues in the NLRB’s St. Louis office while it was overseeing an election at a Starbucks store in Overland Park, Kansas, earlier this spring.

The Seattle coffee giant alleges that the regional office made special arrangements for pro-union workers to vote in person at its office, even though the store election was supposed to be handled by mail-in ballot.

Starbucks said regional officials also disclosed confidential information to the union, including which ballots had arrived in the mail to be counted.

Email messages seeking comment were left Monday with the NLRB and Starbucks Workers United, the group seeking to unionize U.S. Starbucks stores. The union said it was preparing a response.

Workers at the Overland Park store voted 6-1 to unionize in April, but seven additional ballots were the subject of challenges from Starbucks or the union. A hearing on those challenges is scheduled for Tuesday but in the letter, Starbucks asked that hearing to be delayed.

More than 220 U.S. Starbucks stores have voted to unionize since late last year. The company opposes the unionization effort.

Starbucks said there is evidence of misconduct in other regions as well. The company wants the NLRB to thoroughly investigate other Starbucks union elections and make public a report on its findings. The company said the board should also implement safeguards to prevent regional officials from coordinating with one party or another.

Starbucks also asked the NLRB to issue an order requiring all pending and future elections to be conducted in person with observers from both sides.

“If the NLRB does not respond by investigating and remedying these types of actions, we do not see how the board can represent itself as a neutral agency,” the company said in the letter.