Fed minutes dropping soon could reveal the next big hit to the economy. Powell has said the next hike could be ‘unusually large’ 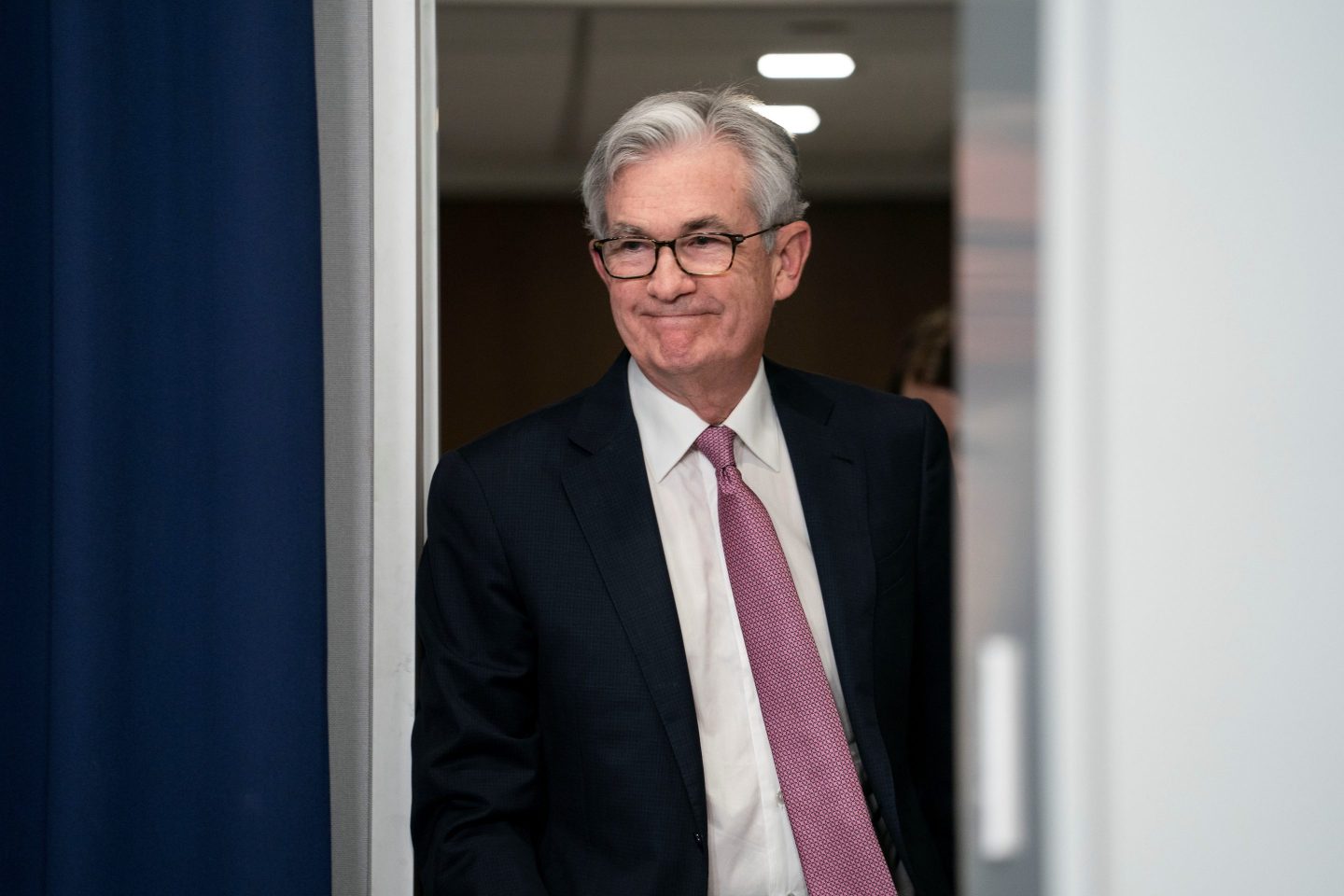 U.S. Federal Reserve Chair Jerome Powell attends a press conference in Washington, D.C., the United States, on May 4. The U.S. Federal Reserve on Wednesday raised its benchmark interest rate by a half percentage point, marking the sharpest rate hike since 2000, as it takes more aggressive steps to rein in the highest inflation in four decades.
Liu Jie—Xinhua/Getty Images

An account of the debate at the Federal Reserve’s July policy meeting, set to be published after two weeks of whiplash on Wall Street, will probably offer clues as to what would push the central bank to go big with tightening yet again in September.

Fed officials’ decision at their July 26-27 gathering to raise their benchmark interest rate by three quarters of a percentage point for a second straight month marked the fastest pace of tightening since the early 1980s. And since then, betting in financial markets on the size of the next move in September has swung between 50 and 75 basis points on reports alternately showing a stronger-than-expected labor market and inflation below forecasts.

The minutes, due out at 2 p.m. in Washington on Wednesday, probably won’t settle the matter. But they could indicate what kind of data Fed officials would need to see to favor another “unusually large” increase—which Chair Jerome Powell, at a press conference following the July meeting, said could be on the table for the Sept. 20-21 gathering as well.

“If there is going to be new information, it would be around the idea of: Are further rate hikes likely to be of smaller incremental size, or is the door really open to something larger?” said Michael Gapen, head of US economics at Bank of America in New York.

“Cost-benefit analysis shifts in the direction of smaller hikes—and the inflation data probably helped them out that way—but you get another strong labor-market report and it might be hard for them not to go 75” basis points again, Gapen said.

Fed officials who have spoken since the July meeting have pushed back against any perception that they’d be pivoting away from tightening any time soon. They’ve made it clear that curbing the hottest inflation in four decades is their top priority.

The July jobs data, published by the Labor Department on Aug. 5, showed companies added 528,000 employees to payrolls last month, more than double what forecasters were expecting, and the unemployment rate ticked down to 3.5%, matching the pre-pandemic low. That report prompted investors to bet on a third straight 75-basis-point hike.

But the department’s Aug. 10 readout on consumer prices showed they rose 8.5% in the 12 months through July, down from the 9.1% increase in the year to June that had marked the highest inflation rate since 1981. That was enough to largely unwind previous bets, and investors are now assigning similar odds to a half-point or a three-quarter-point increase, according to prices of futures contracts tied to the Fed’s benchmark rate.

The central bank has been raising rates since March. Fed officials have increasingly admitted they feel like they were too slow to begin doing so, which prompted them to go first from quarter-, then to half-, and finally to three-quarter-point hikes to catch up as inflation worsened.

Following the July increase, the target range for the benchmark rate stands at 2.25% to 2.5%, a level many officials feel is roughly “neutral” for the economy.

“We’re going to be making decisions meeting by meeting,” Powell told reporters at the July 27 press conference. “We think it’s time to just go to a meeting-by-meeting basis and not provide the kind of clear guidance that we had provided on the way to neutral,” he said.

August numbers on jobs and consumer prices are due out before the September meeting, and will probably be critical in shaping market expectations ahead of that decision.

In public commentary since the July meeting, Fed officials have emphasized they are far away from declaring victory on inflation, and have asserted that rate hikes will probably continue into next year, after which rates will remain elevated for some time.

Investors, on the other hand, are betting the central bank will start reversing course with rate cuts by mid-2023.

“We’re trying to look for any clues to gain knowledge on what they are really going to feel comfortable with on the inflation front,” said Tom Porcelli, chief US economist at RBC Capital Markets in New York. Any information the minutes can provide on “what would be a comfortable down-shift in inflation, and how long they would want to see it go on for,” will be read closely, he said.