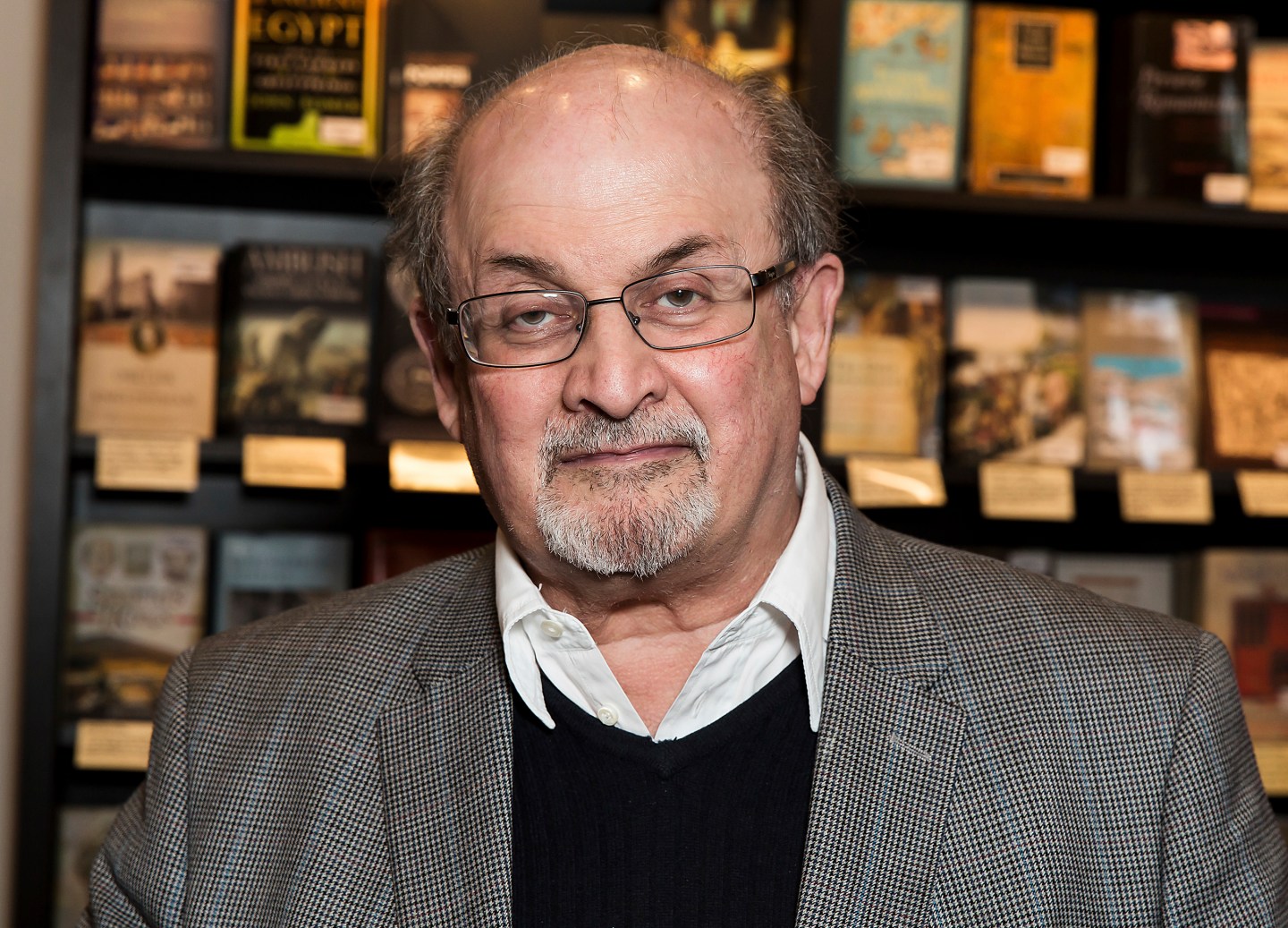 Salman Rushdie, the author whose writing led to death threats from Iran in the 1980s, was attacked and apparently stabbed in the neck Friday by a man who rushed the stage as he was about to give a lecture in western New York.

An Associated Press reporter witnessed a man confront Rushdie on stage at the Chautauqua Institution and begin punching or stabbing him 10 to 15 times as he was being introduced. The 75-year-old author was pushed or fell to the floor, and the man was arrested.

Rushdie was taken by helicopter to a hospital, state police said. His condition was not immediately known.

Rabbi Charles Savenor was among the hundreds of people in the audience. Amid gasps, spectators were ushered out of the outdoor amphitheater.

“This guy ran on to platform and started pounding on Mr. Rushdie. At first you’re like, ‘What’s going on?’ And then it became abundantly clear in a few seconds that he was being beaten,” Savenor said. He said the attack lasted about 20 seconds.

A bloodied Rushdie was quickly surrounded by a small group of people who held up his legs, presumably to send more blood to his chest.

Rushdie has been a prominent spokesman for free expression and liberal causes. He is a former president of PEN America, which said it was “reeling from shock and horror” at the attack.

“We can think of no comparable incident of a public violent attack on a literary writer on American soil,” CEO Suzanne Nossel said in a statement.

“Salman Rushdie has been targeted for his words for decades but has never flinched nor faltered,” she added.

His 1988 book “The Satanic Verses” was viewed as blasphemous by many Muslims. Often-violent protests against Rushdie erupted around the w world, including a riot that killed 12 people in Mumbai.

The novel was banned in Iran, where the late leader Ayatollah Ruhollah Khomeini issued a 1989 fatwa, or edict, calling for Rushdie’s death.

A bounty of over $3 million has also been offered for anyone who kills Rushdie.

The death threats and bounty led Rushdie to go into hiding under a British government protection program, including a round-the-clock armed guard. Rushdie emerged after nine years of seclusion and cautiously resumed more public appearances, maintaining his outspoken criticism of religious extremism overall.

Iran’s government has long since distanced itself from Khomeini’s decree, but anti-Rushdie sentiment has lingered. The Index on Censorship, an organization promoting free expression, said money was raised to boost the reward for his killing as recently as 2016, underscoring that the fatwa for his death still stands.

In 2012, Rushdie published a memoir, “Joseph Anton,” about the fatwa. The title came from the pseudonym Rushdie had used while in hiding.

Rushdie rose to prominence with his Booker Prize-winning 1981 novel “Midnight’s Children,” but his name became known around the world after “The Satanic Verses.”

The Chautauqua Institution, about 55 miles southwest of Buffalo in a rural corner of New York, is known for its summertime lecture series. Rushdie has spoken there before.