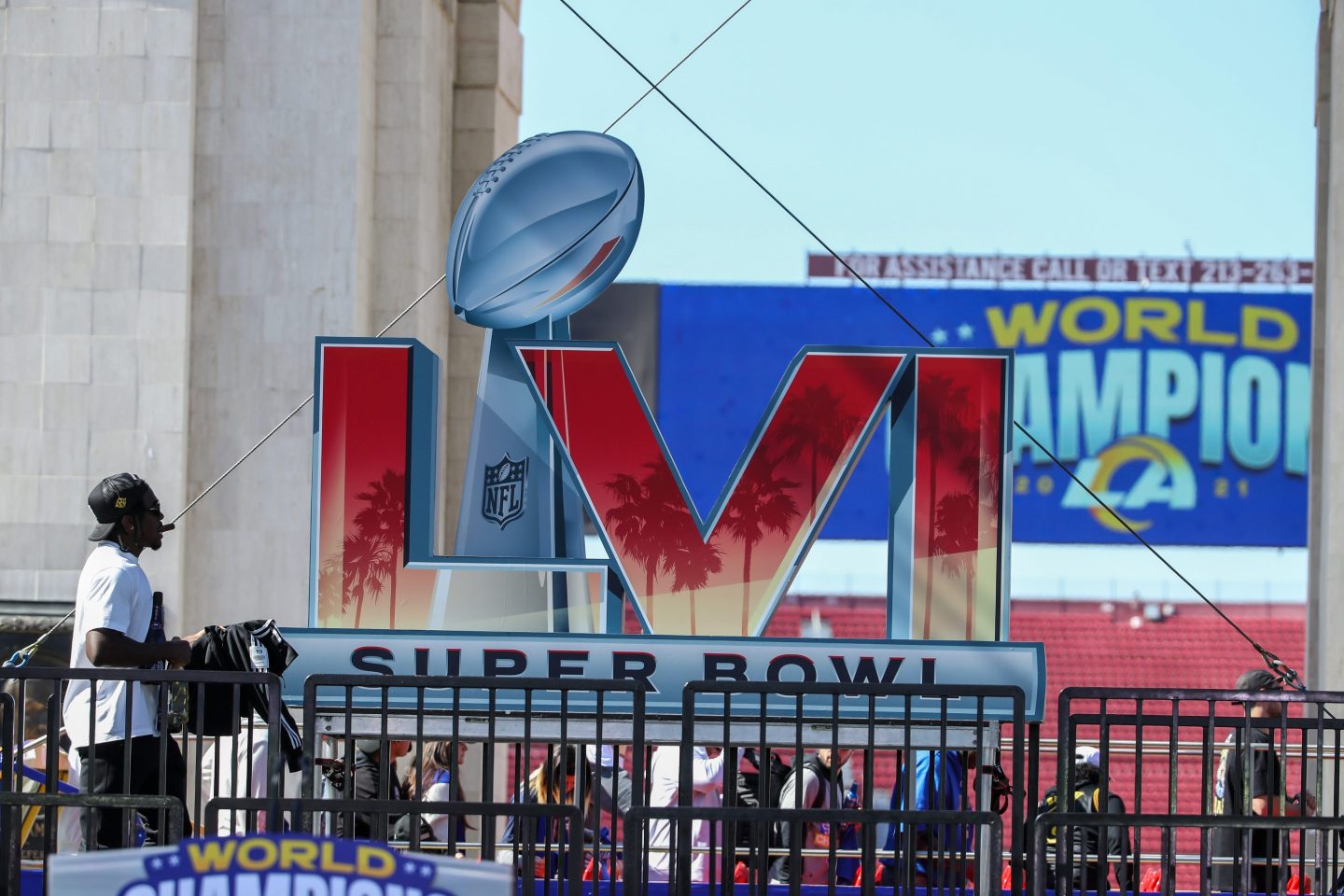 The creator of NBA Top Shot, Dapper Labs, is releasing a new collection of Los Angeles Rams–themed NFTs in collaboration with the team on Thursday.
Jevone Moore—Icon Sportswire/Getty Images

The new line of NFTs will feature re-creations of the championship rings that the Rams earned in February after defeating the Cincinnati Bengals in Super Bowl LVI. The rings will be available on Thursday in a tiered sale with the cheapest “starter ring” starting at $9 and the most expensive ring, the “Hall of Fame ring,” retailing for $699.

While 5,000 starter rings will be available for sale on Thursday, there will be only 50 Hall of Fame rings available, the company said in a press release.

Apart from owning the digital NFT, holding one of the Rams Super Bowl rings will also give collectors access to in-person experiences and a community of collectors, Dapper Labs’ senior vice president of marketing, Dave Feldman, told Fortune.

“We really want to bring fans to L.A. to games to get them experiences in like suites on the field, in tailgates just for our fan base, and other things that we have up our sleeve that we think is really going to cultivate community and build kind of a FOMO experience,” he said.

Dapper Labs will be selling the Rams-themed digital collectibles through its NFL All Day marketplace for football-themed NFTs. The marketplace has been open in a closed beta since last September but has already garnered significant interest, Feldman said.

Dapper Labs was founded in 2018 but jumped into the spotlight last year as the popularity of its NBA Top Shot collection skyrocketed after attention for NFTs surged following digital artist Beeple’s landmark $69 million sale for an NFT artwork in March 2021. In May, NBA Top Shot surpassed $1 billion in sales, and the company is looking to re-create that success with its NFL All Day platform.

Since NFL All Day launched, Feldman said, 186,000 collectors have purchased nearly 500,000 packs of NFTs valued at almost $40 million. He hopes that the collaboration with the Rams will bring more attention to the platform, which he said will soon be opening to the public. Feldman declined to say when exactly the platform would publicly launch.

Dapper Labs’ partnership with the Rams comes as the prices for NFTs are slumping across the board. Global NFT sales reached $647.23 million in July, down about 87% from the $4.78 billion in sales recorded in January, and 26% since June, according to Be[In]Crypto Research.

Despite falling NFT sales, Feldman, who is also the general manager of NFL All Day, said he is not worried about a prolonged crypto winter. Feldman said Dapper Labs is expanding its reach beyond the crypto native, focusing more on the fans who may not even know what the blockchain or an NFT is.

“They’re just amazing collectibles that people would want regardless of whether or not they’re tied to the blockchain,” he said.