Fauci has a stark warning for you: Get those COVID vaccines and boosters now, or you’re ‘going to get into trouble’ 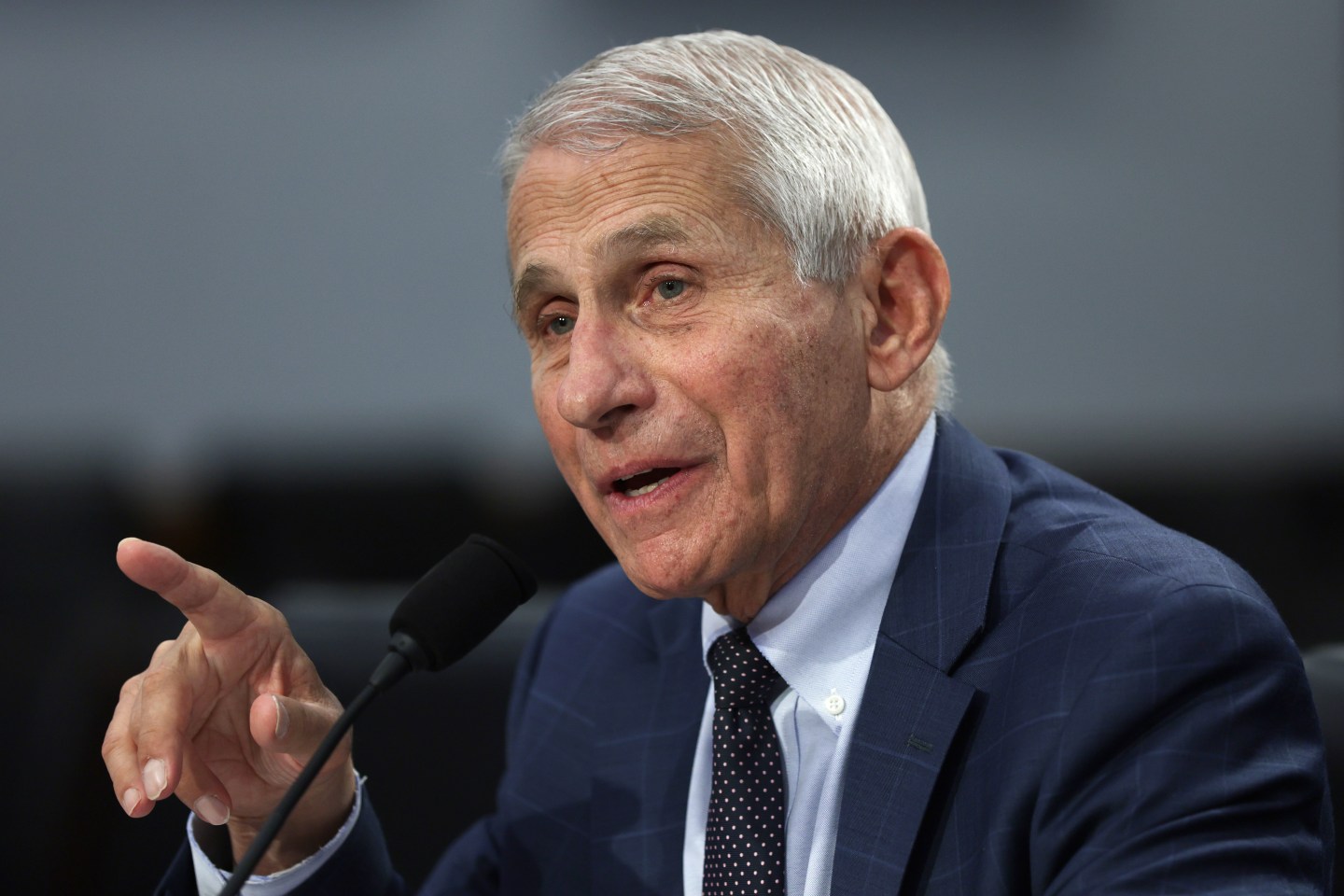 Dr. Fauci warned that COVID is “doing something that we’ve never seen any other virus do” by continuing to evolve into new variants that could evade the prior immune response.
Alex Wong—Getty Images

Anyone who hasn’t had all their COVID vaccination shots could be in for a difficult time as the colder seasons approach and the virus continues to spread, America’s top doctor has warned.

“There are enough people who don’t fall into [high-risk] categories, that if they don’t get vaccinated, if they don’t get boosted, they’re going to get into trouble,” Dr. Anthony Fauci, the White House’s chief medical adviser, told L.A. radio station KNX’s In Depth show on Tuesday.

Almost 80% of the U.S. population has been given at least one dose of a COVID vaccine, but only two-thirds of Americans have received their second shot and less than half have had their booster dose, according to data from the U.S. Centers for Disease Control and Prevention (CDC).

Fauci said Tuesday that while he understood everyone was “exhausted” with the pandemic, studies and statistics clearly showed that vaccines prevented severe disease, hospitalization, and death.

CDC research in June showed that COVID-associated hospitalizations were 4.6 times higher in unvaccinated adults than they were in those who had been vaccinated.

Fauci also emphasized that high immunization rates could help prevent new variants of the virus by slowing its spread, while long COVID was also a factor to consider when thinking about staying up-to-date with vaccinations.

“People say, ‘The risk to me is low, so why get [vaccinated]?’” he said. “It is about you as an individual, but it’s also about the communal responsibility to get this outbreak under control.”

He added: “You don’t want COVID to dominate the lives of people throughout this country or the world, but you don’t want to, by wishing it’s behind us and it’s in the rearview mirror, not do things that would be prudent. We’re not talking about locking down, we’re just talking about common sense, getting the appropriate interventions when they’re available to you—and right now we have boosters that are very effective in diminishing any aspect of the infection.”

Getting vaccinated and boosted against COVID-19 was important as the virus continued to mutate, Fauci told KNX, as it was “doing something that we’ve never seen any other virus do” by continuing to evolve into new variants that could evade the prior immune response.

This week, the CDC said it was tracking a new “variant of concern” dubbed BA.4.6, which made up 4.1% of U.S. COVID cases last week and was particularly prevalent in Iowa, Kansas, Missouri, and Nebraska.

So far, there is little data on whether BA.4.6 is more transmissible than previous Omicron subvariants.