‘Most expensive Maccas ever’: Traveler fined $1,874 over undeclared McMuffins in luggage 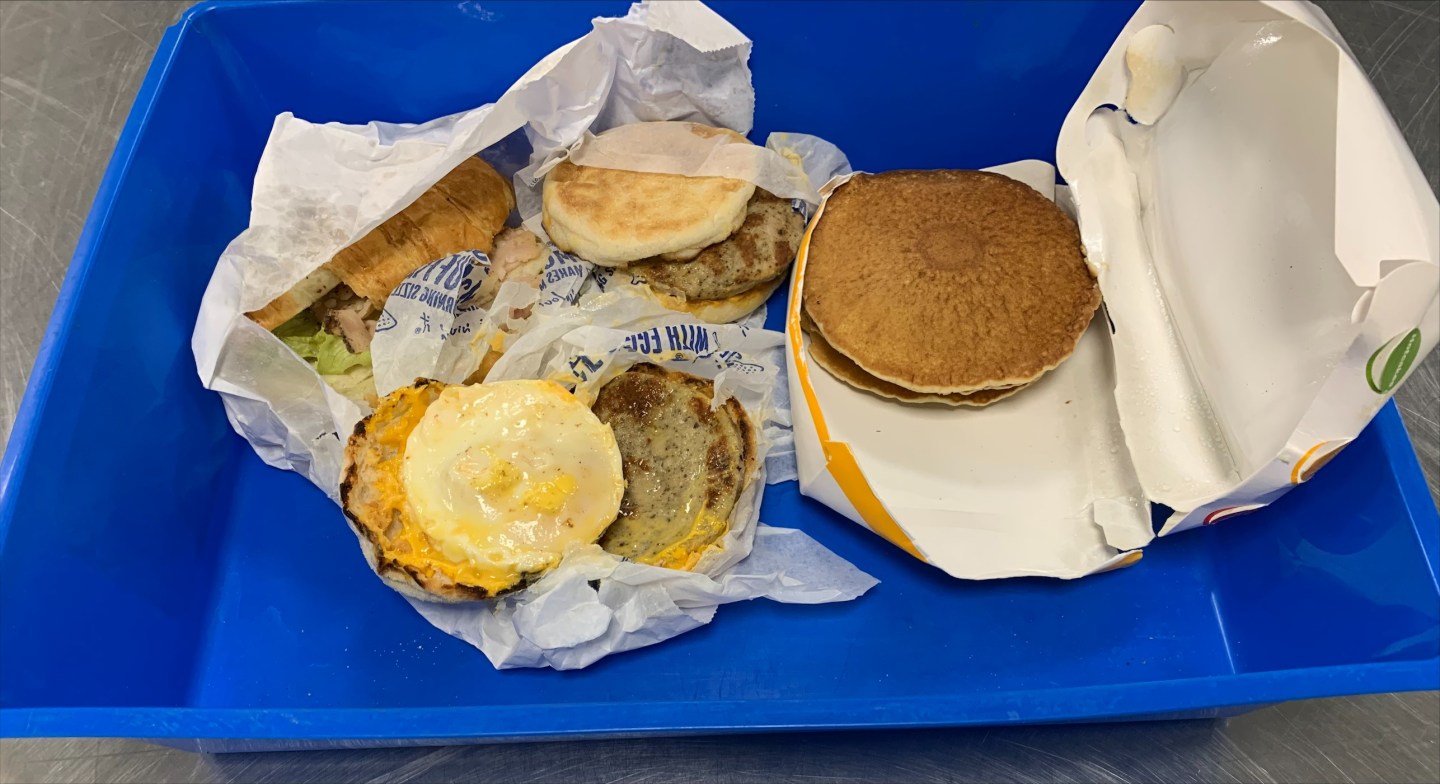 The undeclared food that landed a passenger arriving in Australia a $1,874 fine.
Australian government

It’s not unusual for travelers to grab some fast food at the airport before boarding a flight, but a passenger heading to Australia last week saw a pre-flight pick-me-up transformed into a $2,000 meal.

An unnamed passenger arriving in the Australian city of Darwin last week was slapped with a fine of AU $2,664 ($1,844) when sniffer dog Zinta alerted airport staff to the traveler’s backpack.

The individual had traveled to Australia from the Indonesian island of Bali.

Inspections of the passenger’s backpack revealed what Australian officials referred to as “a variety of risk items”—undeclared meat including two McMuffins from McDonald’s in Bali and a ham croissant.

The traveler was issued the fine for failing to declare potential high biosecurity risk items and providing a false and misleading document to border staff.

The products were seized and will be tested for foot-and-mouth disease before being destroyed.

Most expensive Maccas ever

In a statement on Monday, Murray Watt, Australian Minister for Agriculture, Fisheries and Forestry, said Australia was free of foot-and-mouth disease—and it wanted to remain that way.

“This will be the most expensive Maccas [McDonald’s] meal this passenger ever has,” he said. “This fine is twice the cost of an airfare to Bali, but I have no sympathy for people who choose to disobey Australia’s strict biosecurity measures, and recent detections show you will be caught.”

He added: “Biosecurity is no joke—it helps protect jobs, our farms, food, and supports the economy. Passengers who choose to travel need to make sure they are fulfilling the conditions to enter Australia by following all biosecurity measures.”

Why are these procedures in place?

Australia has strict biosecurity procedures in place at its international borders to protect the country’s unique ecosystems from the introduction of harmful pests and diseases.

Meat items must be declared to officials upon arrival, while food from the plane or ship is not permitted to be taken into the country.

Penalties for breaking Australian biosecurity laws start at AU $222, with the maximum penalty being AU $2,664 if the goods in question are deemed high risk and the traveler knowingly fails to declare them.

Australia’s newly elected government announced last month that it was investing AU $14 million into a biosecurity package that would see more frontline defenses at mail centers and airports among other measures.