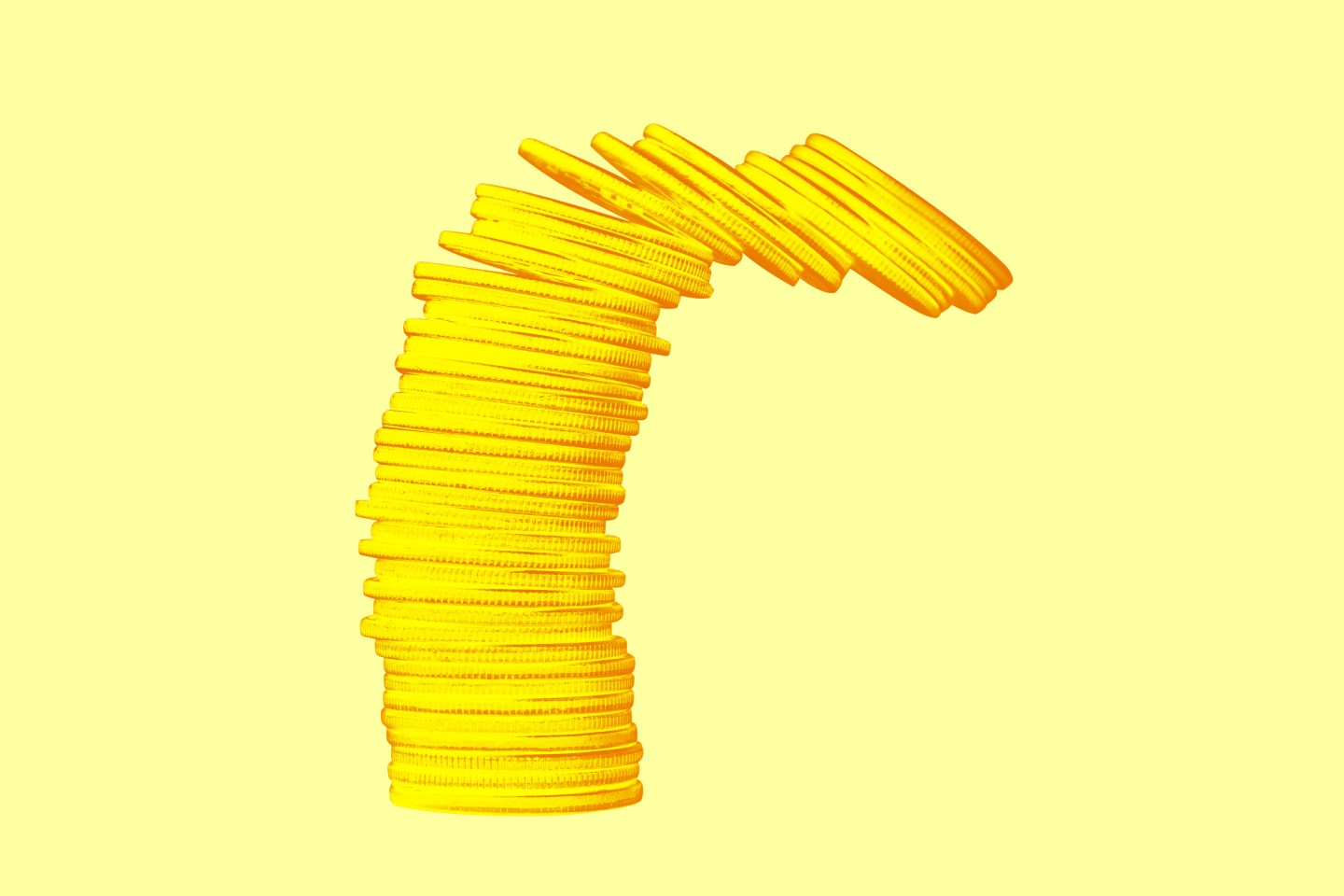 After a temporary lift over the past week, the two leading cryptocurrencies, Bitcoin and Ether, dropped for the third consecutive day.
Photo illustration by Fortune; original photos by Getty Images

Towards the end of July, things seemed to be looking up for crypto.

After being stuck around the $20,000 range since mid-June, Bitcoin, which makes up 41% of the crypto market, jumped above $24,000 last week in a rally after the Fed announced it would raise interest rates three quarters of a percentage point for the second time in two months.

But on Tuesday, that rally had clearly faded as Bitcoin was trading down 3% to about $22,753 in 24 hours as of early Tuesday—its third day of losses. Ethereum, the second-most popular crypto, declined even more, recording a 6.4% decrease to about $1,574 in 24 hours in what was also its third day of mostly downward movement, according to CoinMarketCap.

Macroeconomic factors appear to be driving down crypto prices alongside the broader market—specifically, investors are skittish over the potential for a geo-political conflict between the U.S. and China as U.S. House Speaker Nancy Pelosi plans to visit Taiwan on Tuesday.

The investor nervousness on Tuesday was enough to push down even crypto’s most high-flying tokens, like Ethereum Classic and Filecoin, which were down 1.4% and 9.5%, respectively on Tuesday.

Ethereum Classic, which resulted from a 2016 division of the Ethereum platform, saw a run-up of 49.7% last week as some traders and miners that were upset with the Ethereum Network’s upcoming switch to proof of stake (which would eliminate mining) bought in. For its part, Filecoin jumped 56.8% over the past seven days partly due to a new collaboration with Harvard University’s Library Innovation Lab, before dropping Tuesday.

Bitcoin and Ethereum’s Tuesday declines come after a week of good news. After the Fed announced it was raising interest rates, Bitcoin rode the wave of bullish market sentiment that lifted the S&P 500 2.6% and the tech-heavy Nasdaq 4%. The world’s most popular crypto briefly surpassed $24,000 on July 27 before paring back gains. The residual optimistic sentiment sent Bitcoin to a 30-day high of $24,572 on July 30, according to CoinMarketCap.

Ethereum also benefited, reaching a 30-day high of $1,774 per coin on July 28 based on bullish sentiment from the Fed rates hike as well as high hopes that its upcoming update dubbed the “Merge,” set for September 15, will be a boon for the cryptocurrency.