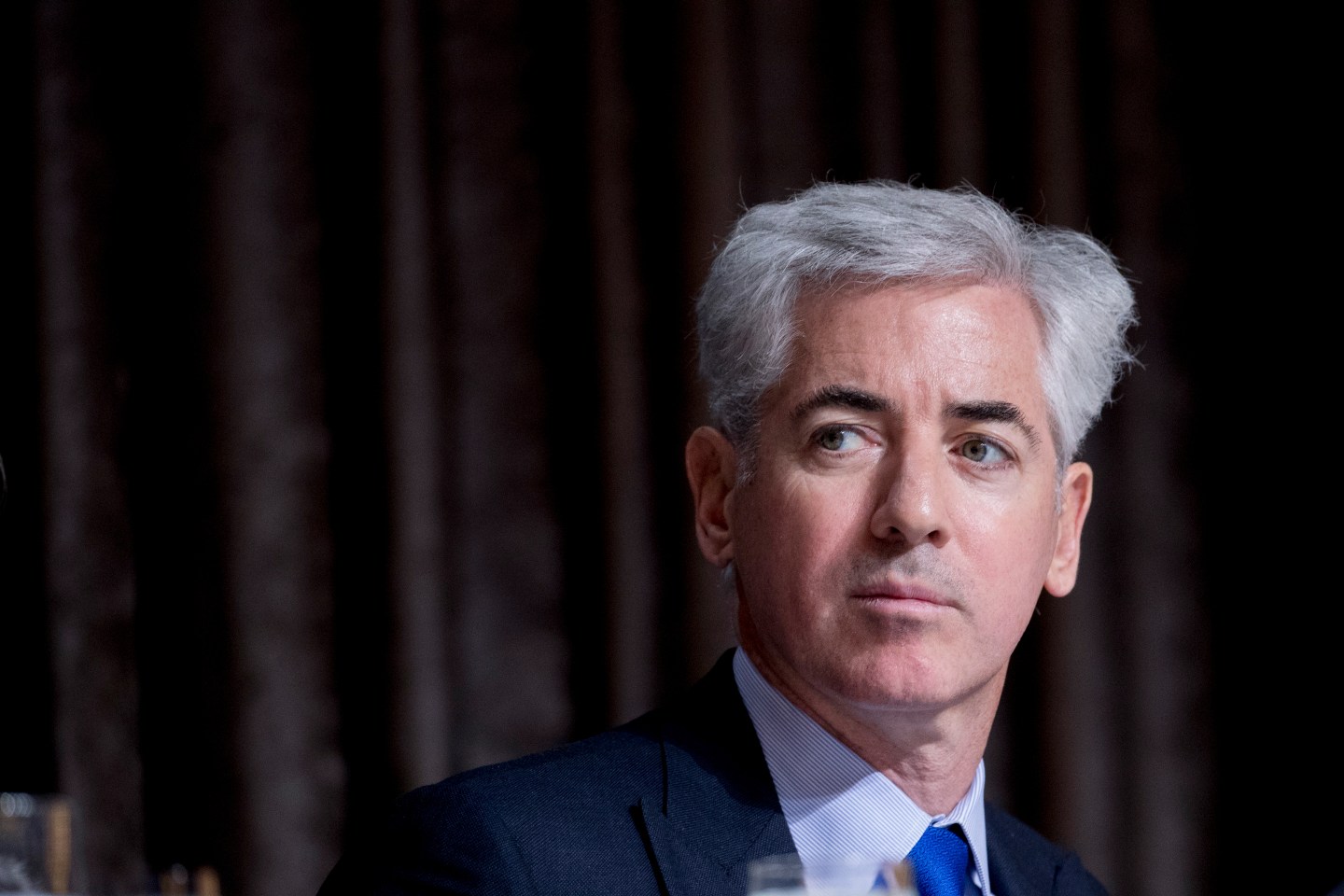 FILE - In this Nov. 12, 2019 file photo, billionaire investor William Ackman appears for a speech at the Economic Club of New York at the New York Hilton Midtown in New York. Ackman is walking away from a deal announced last month in which he would take a 10% stake in Universal Music Group through a special-purpose acquisition company. In a letter Monday, July 19 to shareholders of his investment fund, Pershing Square, Ackman cited questions from the Securities and Exchange Commission about whether the structure of the SPAC qualified under the rules of the New York Stock Exchange.
Andrew Harnik—AP Images

Billionaire hedge fund manager Bill Ackman claimed Tuesday that Visa continues to process payments for Pornhub’s parent company, despite reportedly knowing it’s “littered” with child pornography and holding the power to shut it down within hours.

“There have been hearings in Canada, around the world—people doing their best to shut down these companies. And the ultimate regulator is actually Visa,” Ackman said. “Visa tomorrow could shut down MindGeek.”

Referencing the judge’s ruling, Ackman said he believes Visa has continued to act in a way that threatens its brand integrity and should be forced to pay a “very, very large” amount in the case.

“Visa condemns sex trafficking, sexual exploitation, and child sexual abuse materials as repugnant to our values and purpose as a company,” a Visa spokesperson said. “This pre-trial ruling is disappointing and mischaracterizes Visa’s role and its policies and practices. Visa will not tolerate the use of our network for illegal activity. We continue to believe that Visa is an improper defendant in this case.”

MindGeek affirmed to Fortune that it has “zero tolerance for the posting of illegal content” on any of its platforms. The company pointed to several of what it referred to as the “most comprehensive safeguards in user-generated platform history,” including digital fingerprinting videos on its services that violate MindGeek policies around child sexual abuse or nonconsensual acts “to help protect against removed videos being reposted.”

A MindGeek spokesperson said, “At this point in the case, the court has not yet ruled on the veracity of the allegations, and is required to assume all of the plaintiff’s allegations are true and accurate. When the court can actually consider the facts, we are confident the plaintiff’s claims will be dismissed for lack of merit.”

“Any insinuation that MindGeek does not take the elimination of illegal material seriously is categorically false,” the company added.

Ackman said he hopes offering his financial support can send the case to trial, seeing himself as a “fierce, well-financed advocate that will not be forced to settle the case.” He offered to “philanthropically” help finance lawsuits against Visa, per CNBC. But his interest comes from having four daughters, not any economic ties to Visa, Mastercard, or other payment companies. He added that he’s been in contact with Michael Bowe, the lead attorney representing the woman in the case.

“I have no economic stake but believe that this is one of the most egregious corporate governance failures I have witnessed, resulting in enormous harm to so many,” Ackman tweeted Monday. “Seeing that this is rectified and the victims recompensed for the harm they have endured has inspired my involvement.”