Russia is skirting sanctions ‘quite successfully.’ Meet the architect of Putin’s economic counterattack 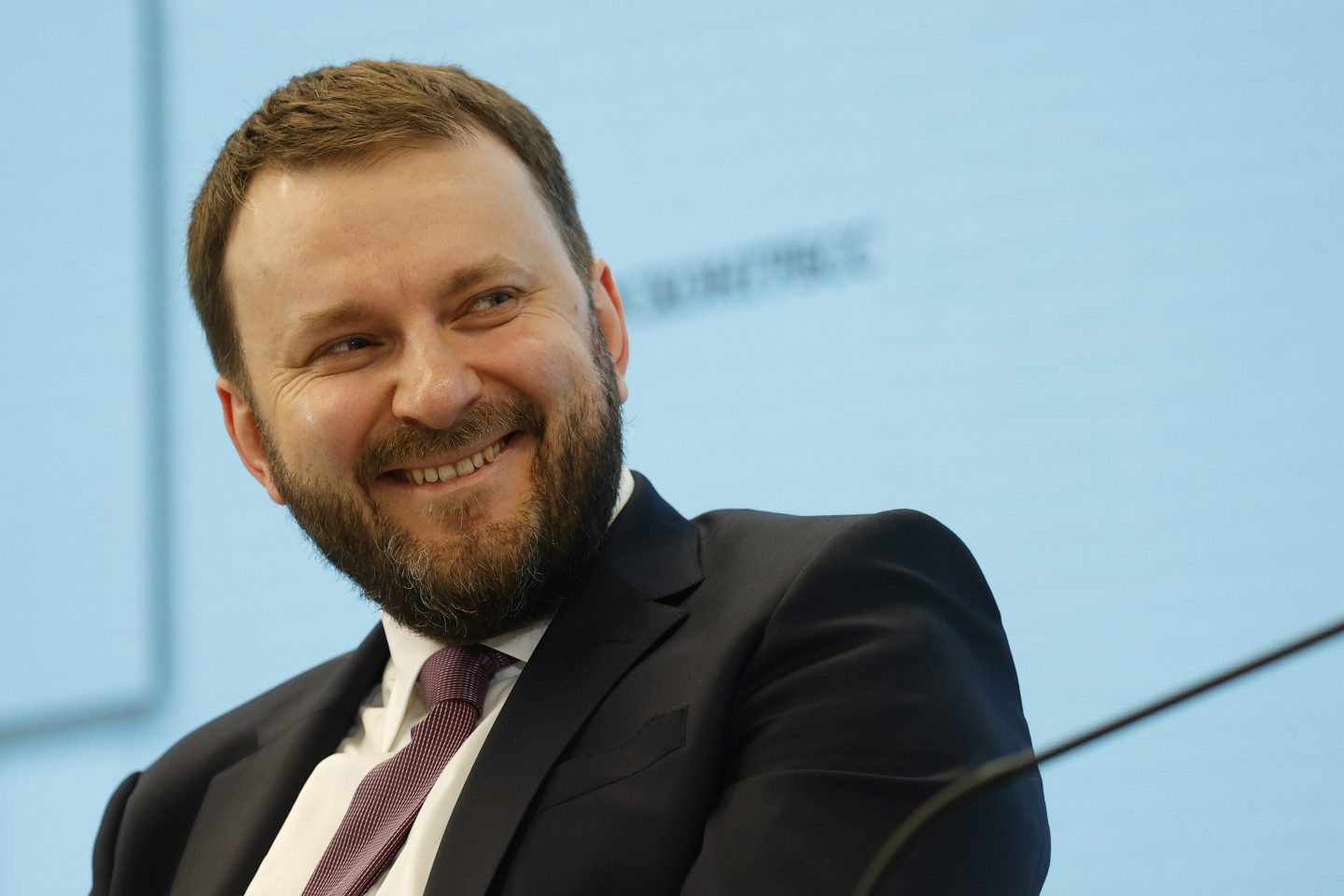 When sanctions made the Fortress Russia he helped build seem less impregnable, Maxim Oreshkin came up with a signature gambit to try and break the economic siege.

Russia’s war on Ukraine wasn’t yet a month old and its blitzkrieg was already turning into a slog. The economic blowback was harsh, too, as the government struggled to avoid a default and the ruble went into in a nosedive.

On March 23, Vladimir Putin struck back, demanding that Russia’s adversaries in Europe pay their massive bills for its natural gas in rubles.

Oreshkin, the president’s 40-year-old economic aide, was author of the gamble to tear up contracts and upend decades of precedent, according to officials familiar with the matter.

Since the Feb. 24 invasion, he’s emerged as a key member of Putin’s inner circle on economic policy, one of several insiders with western financial experience now helping steer the Kremlin’s response.

“They are now busy figuring out how to get around the sanctions and are doing it quite successfully,” said Sergei Guriev, an economist who advised the government in the early years of Putin’s rule but later fled to Paris, where he’s now rector of Sciences Po. “But all the money earned goes to fund the war.”

The defenses have helped the Kremlin avoid the worst of the economic damage feared when the sanctions were first imposed. Forecasters now see a contraction half as deep this year. The ruble has recovered its early losses to become a top performer as tens of billions of dollars and euros flow in for energy and other exports.

By leveraging Russia’s sway over gas supplies to Europe, Oreshkin’s ruble demand allowed Putin to appear to be fighting back against the initial sanctions onslaught. It ultimately forced the EU to back down as most of the major consumers signed up to the new terms that included the requirement to open special accounts with Gazprombank JSC, keeping the lender free of sanctions.

“I consider the effect of using the rubles-for-gas scheme to be positive,” Oreshkin told Bloomberg, declining to comment on his role in devising it.

He has whispered rhetorical flourishes that then wind up in presidential speeches. He coined a phrase that Putin would soon repeat over and over, describing the seizure of Russia’s international reserves as in fact “a real default” by the US and European Union on their obligations to Russia.

He’s also helped draw up plans to limit the fallout as Russia’s banks are cut off from the SWIFT financial messaging service and pushed back against calls from other influential insiders for more state control as Russia’s economy grows isolated from the world Oreshkin and his allies once sought closer ties with.

Putin brought him along on a recent trip to Iran, which has decades of experience weathering western sanctions. Asked about the Islamic republic’s ideas for overcoming the limits, Oreshkin bragged, “ours are much better.”

A former banker at Societe Generale SA’s Russian unit, he’s now using his western experience to blunt the impact of sanctions. Oreshkin is part of a cadre of officials who’ve long tried to walk a fine line between crafting investor-friendly economic policy and Putin’s growing repression.

The war has made that balancing act all but impossible, with Oreshkin and his colleagues hit with sanctions as their economic policies serve the Kremlin’s war machine.

“I can see exactly how somebody from the technocrats would say, ‘Here I am doing this really important thing on payment systems, on banking, this is my area of responsibility. I am maintaining stability and I am going to continue doing it,”’ said Jacob Nell, who as Russia economist at Morgan Stanley once took investors to meet Oreshkin.

“It was defensible before Feb. 24, but it is not after,” added Nell, who is now a member of an international working group advising the US and Europe on how to design sanctions against Russia

Oreshkin is part of a bridge generation that straddled the end of the Soviet era and spent their teenage years during what became known in Russia as the tumultuous 1990s, a period of hardship and economic daring.

Thirty years Putin’s junior, he was the youngest of two sons in a family of Moscow academics, growing up a world apart from the president’s hardscrabble beginnings in postwar Leningrad.

Forgoing the private sector, they devoted themselves to building up Putin’s financial fortress. The harsher Putin was with critics and rivals abroad and at home, the more indispensable they became in building resiliency to sustain the economy for when the big shocks would come.

During his three-year stint at the Finance Ministry, Oreshkin was among officials who devised a mechanism to divert hundreds of billions of dollars in revenues from oil-and-gas exports into a sovereign fund to help the Kremlin weather crises like the first waves of US and European sanctions over Crimea in 2014.

Years of sanctions-proofing the economy and building up reserves weren’t enough to protect the economy after the invasion, however. The US and its allies froze much of the $600 billion in reserves that Oreshkin’s policies had helped build up. For all his efforts to divert blame, Russia failed to make debt payments and defaulted for the first time in a century. The economy isn’t doing as badly as feared in the wake of the invasion, but it’s still on track for one of the deepest recessions in decades.

Seen as a political lightweight not long ago, Oreshkin in particular has emerged as the economic right-hand man of a president at war.

As some powerful Kremlin players have pushed for reasserting state control over the economy, Oreshkin has fought back, so far successfully.

“Russia is not going to abandon the market economy,” Oreshkin said in reply to questions from Bloomberg. “On the contrary, it’s moving in the opposite direction. Private initiative is now especially encouraged. This is constantly noted by the president in his speeches.”

Still, he and his allies are increasingly adopting the shrill rhetoric of Russia’s once-marginal critics of western capitalism.

Oreshkin has likened the U.S. currency to “a drug used to addict the whole world.” Aleksey Moiseev, the 49-year-old deputy finance minister and another alum of VTB Capital, has said that the intensity of sanctions amounted to the detonation of a “financial nuclear bomb.”

Rhetoric aside, the anti-crisis measures taken so far largely stick close to the playbook that draws on mainstream economics, with policy makers already dismantling capital controls used to seal off Russia after the invasion.

That may not be enough to secure their legacy.

“What they did in the first years of their stay at the Ministry of Finance and the central bank has already been canceled,” said Konstantin Sonin, a Moscow-born economist at the University of Chicago who’s long been critical of policies under Putin. “Now their work is no different from the work of highly paid clerks in a government waging a criminal war.”