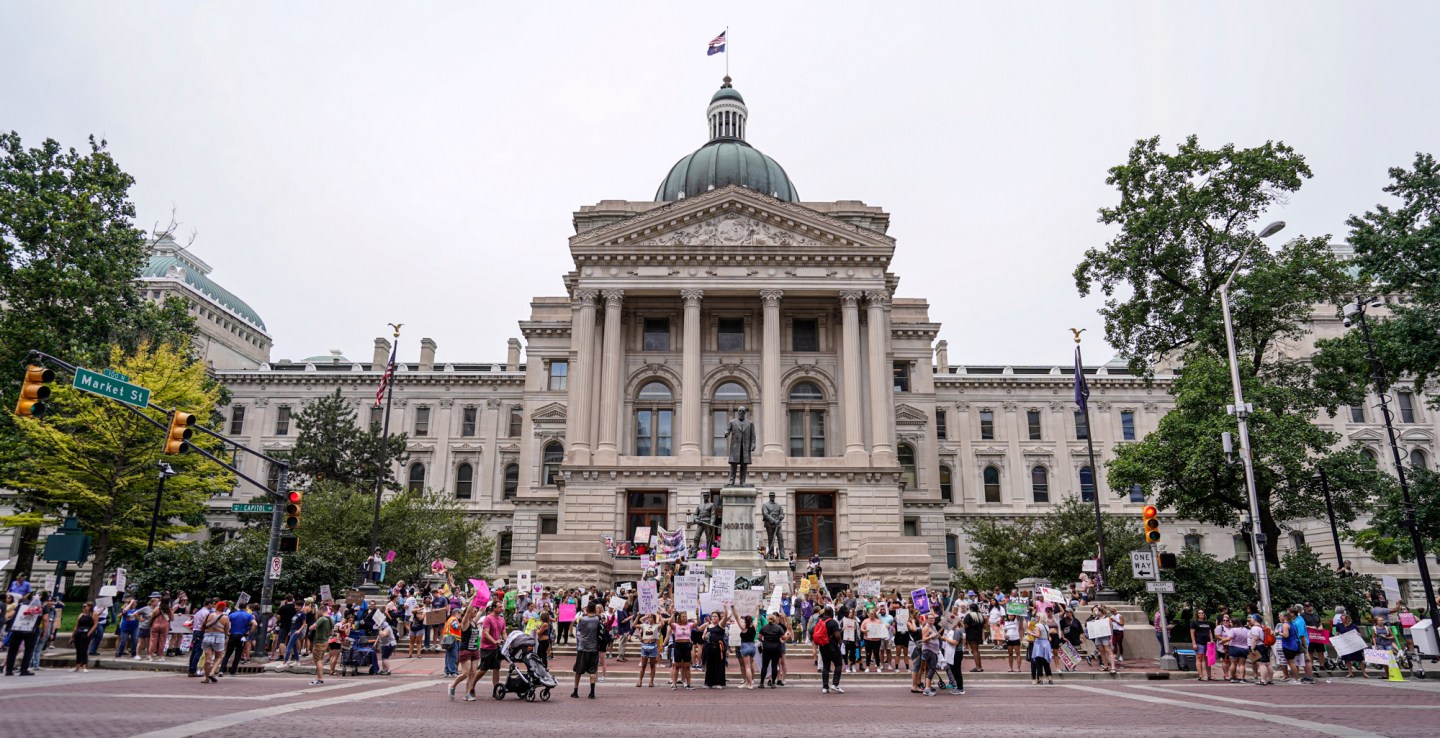 Indiana state senators are set to meet in a rare Saturday session to vote on a near-total abortion ban, with passage sending the bill to the House after a contentious week of arguments over whether to allow exceptions for rape and incest.

Indiana is one of the first Republican-controlled states to debate tighter abortion laws since the U.S. Supreme Court last month overturned the precedent establishing a national right to an abortion. But the GOP splintered after the rape and incest exceptions remained in the bill, and it wasn’t clear whether enough anti-abortion lawmakers would support it for passage.

The proposal would prohibit abortions from the time a fertilized egg implants in a uterus. Exceptions would be allowed in cases of rape and incest, but a woman or girl seeking an abortion due for either reason would have to sign a notarized affidavit attesting to the attack.

Republican Sen. Sue Glick of LaGrange, who authored the abortion bill, declined to speculate on the bill’s chances for passage.

Abortion rights supporters said the bill went too far. Dr. Roberto Darroca, one of several physicians who testified against it, advocated for an exception to preserve the health of the mother.

“Decisions must be made rapidly. Having to wait for legal counsel would freeze this decision-making process,” Darroca said. “Can you imagine the dilemma the physician faces? The physician’s liberty versus the life of the patient and the child?”

Mark Hosbein was among a large crowd at the Statehouse on Tuesday. For the second straight day in the special legislative session, cheers and shouts from protesters could be heard during committee hearings in Senate chambers. Hosbein, of Indianapolis, said he supports an abortion with no exceptions — even to protect the life of the mother.

A national poll this month found an overwhelming majority of Americans believe their state should generally allow abortion in specific cases, including if a woman’s life is endangered or if the pregnancy is the result of rape or incest. Few think abortion should always be illegal, according to The Associated Press-NORC Center for Public Affairs Research poll.

Thursday evening’s Senate vote on the amendment that would have removed the rape and incest exceptions failed 28-18, with 18 Republicans and 10 Democrats joining to retain the exceptions.

Some of the Republicans who did not want the exceptions will have to support the bill for it to advance from the Senate to the GOP-controlled House.

“They’ve been waiting for this moment for far too long,” Erwin said in a statement. “We’ve seen time and again we can only expect their worst, which means passing an outright ban on abortion.”

Anti-abortion groups have sought to ratchet up pressure on conservative lawmakers.

If they don’t pass legislation during the three-week session, “they need to explain to the voters why they have done nothing in Indiana to address this issue,” Mike Fichter, president of Indiana Right to Life, said early in the week.

Republican House Speaker Todd Huston declined to talk about what’s in the Senate bill, but said he supports the rape and incest exceptions.

“I’ve kind of told myself we will address all this next week,” he said.