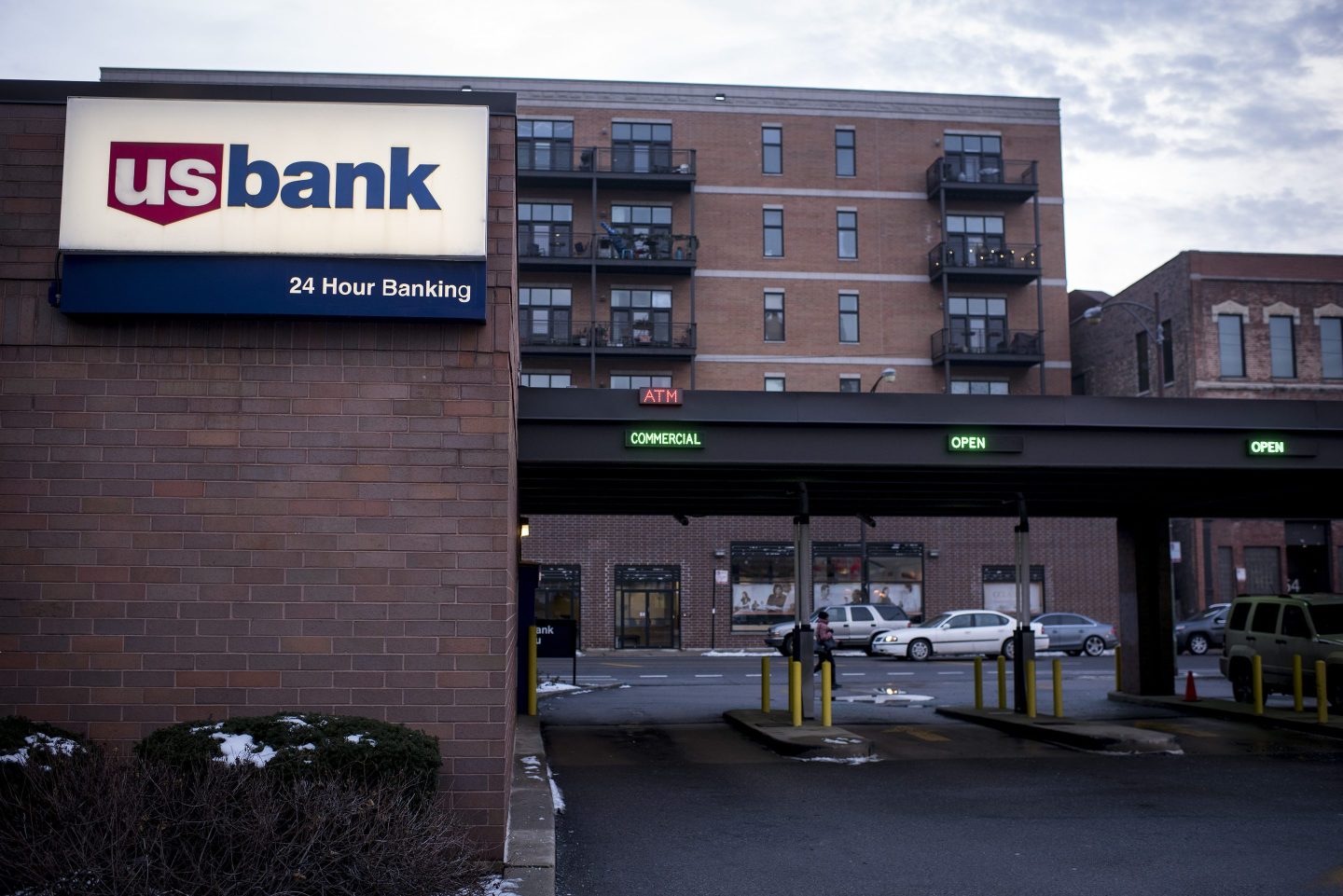 US Bankcorp bank branch with drive through lanes are seen in downtown Chicago, Illinois on Jan. 9, 2018.
Christopher Dilts—Bloomberg/Getty Images

For more than a decade, US Bank pressured its employees to open fake accounts in their customers’ names in order to meet unrealistic sales goals, the Consumer Financial Protection Bureau said Thursday, in a case that is deeply similar to the sales practices scandal uncovered at Wells Fargo last decade.

The CFPB alleged that US Bank accessed consumers credit reports to open checking and savings accounts, credit cards and lines of credit without their permission. Employees were encouraged to do so, in order to meet the bank’s goals of selling multiple products to each customer with the bank.

The scale of US Banks’s fake accounts scandal was not disclosed immediately by the CFPB, but the bank was forced to pay $37.5 million in fines and penalties and will have to refund customers any fees they paid for the fake accounts.

“For over a decade, U.S. Bank knew its employees were taking advantage of its customers by misappropriating consumer data to create fictitious accounts,” said CFPB Director Rohit Chopra, in a statement.

“The action by the CFPB closes out a (more than five year) investigation. We are pleased to put this matter behind us,” said Lee Henderson, a spokesman for the bank.

Wells Fargo’s sales practices scandal rocked the financial world half a decade ago, when the bank was found to have encouraged employees to open millions of fake accounts to meet sales goals. The scandal ruined Wells Fargo’s reputation as a well-run bank through the Great Recession, led to billions of dollars worth of fines against the bank, and almost immediately led to the resignation of the bank’s CEO and eventually its board of directors.

Wells has been under tight supervision by the Federal Reserve since that scandal broke, keeping the bank from growing any bigger until it fixes its workplace culture. There are no signs that the Fed plans to release Wells from its regulatory leash any time soon.

Shares of US Bancorp fell 3% in morning trading.