Altria invested $13 billion in Juul. As the U.S. moves to ban e-cigarettes, their value has gone up in smoke 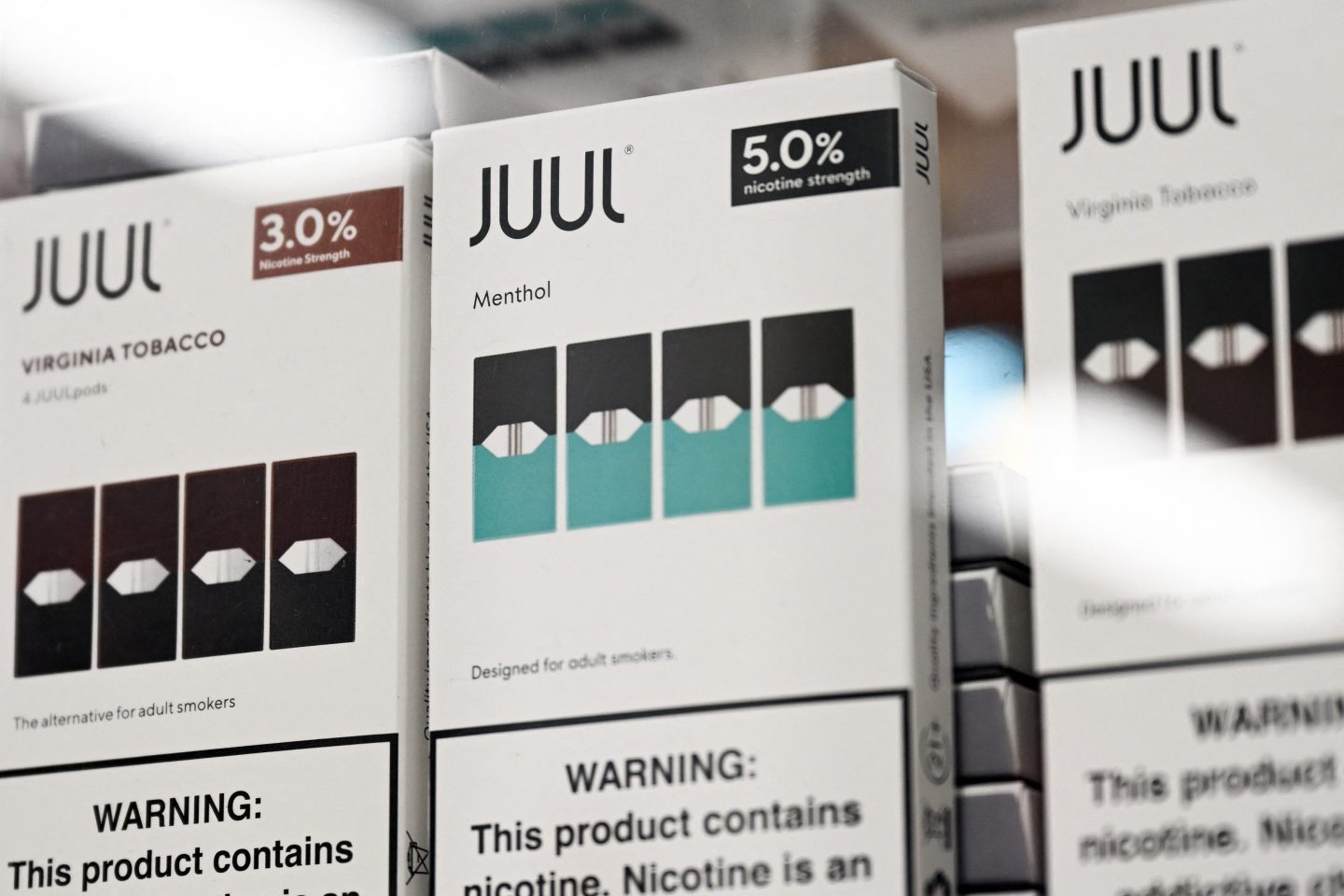 Cigarette maker Altria’s $13 billion investment in the troubled vaping company Juul has gone up in smoke—now worth less than 5% of its original value as U.S. regulators move to ban its e-cigarettes.

Despite the losses Altria said it would maintain its investment deal with Juul, including an agreement not to market or invest in competing vaping products.

“At this point in the process we’ve chosen not to make any different decisions,” Altria CEO Billy Gifford told industry analysts on a call. “We think the right decision currently is to stay under the non-compete.”

Altria, based in Richmond, Virginia, is Juul’s largest investor with a 35% stake. Altria executives signed the $12.8-billion pact in 2018, betting that Juul’s popular vaping devices presented a lucrative alternate to tobacco products.

Last month, however, the U.S. Food and Drug Administration announced plans to ban the small cartridge-based e-cigarettes, saying Juul had failed to provide key information about potentially harmful chemicals in its nicotine formula. The decision surprised industry observers and experts given that the FDA has authorized several competing e-cigarettes and Juul spent years gathering data to support its application.

In yet another twist to the company’s fortunes, the FDA reopened its review of Juul’s application earlier this month after a federal court blocked the ban from immediately taking effect. For now, Juul is able to continue selling its products while the FDA review continues.

The Juul decision is part of a sweeping FDA review of all U.S. e-cigarettes aimed at eliminating those that haven’t been shown to help smokers reduce or quit smoking.

Juul rocketed to the top of the U.S. vaping market five years ago on the popularity of flavors including mango, mint and creme brulee. But the company’s rise was fueled by underage use among teenagers who became hooked on Juul’s high-nicotine pods.

Since 2019, the company has been in retreat: halting all U.S. advertising, discontinuing most of its flavors and rebranding itself as a product for older smokers looking to switch from traditional cigarettes.

The financial hit to Juul contributed to a nearly 60% drop in Altria’s quarterly earnings of 49 cents per share.

Excluding Juul and other one-time expenses the company’s adjusted earnings were $1.26 per share, just ahead of Wall Street estimates. Six analysts surveyed by Zacks Investment Research expected earnings of $1.25 per share.

Net revenue slid nearly 6% to $6.5 billion due to lower sales of cigarettes and other core products. The company brand’s include Parliament and Marlboro cigarettes, Black and Mild cigars and Skoal chewing tobacco.

Altria, the nation’s largest cigarette maker, has been attempting to diversify its product offerings into vaping and nicotine pouches as traditional tobacco use continues to fade.

Smoking has been declining for more than five decades. Some 42% of U.S. adults smoked in the early 1960s. That was down to less than 13% in the latest report from the Centers for Disease Control and Prevention