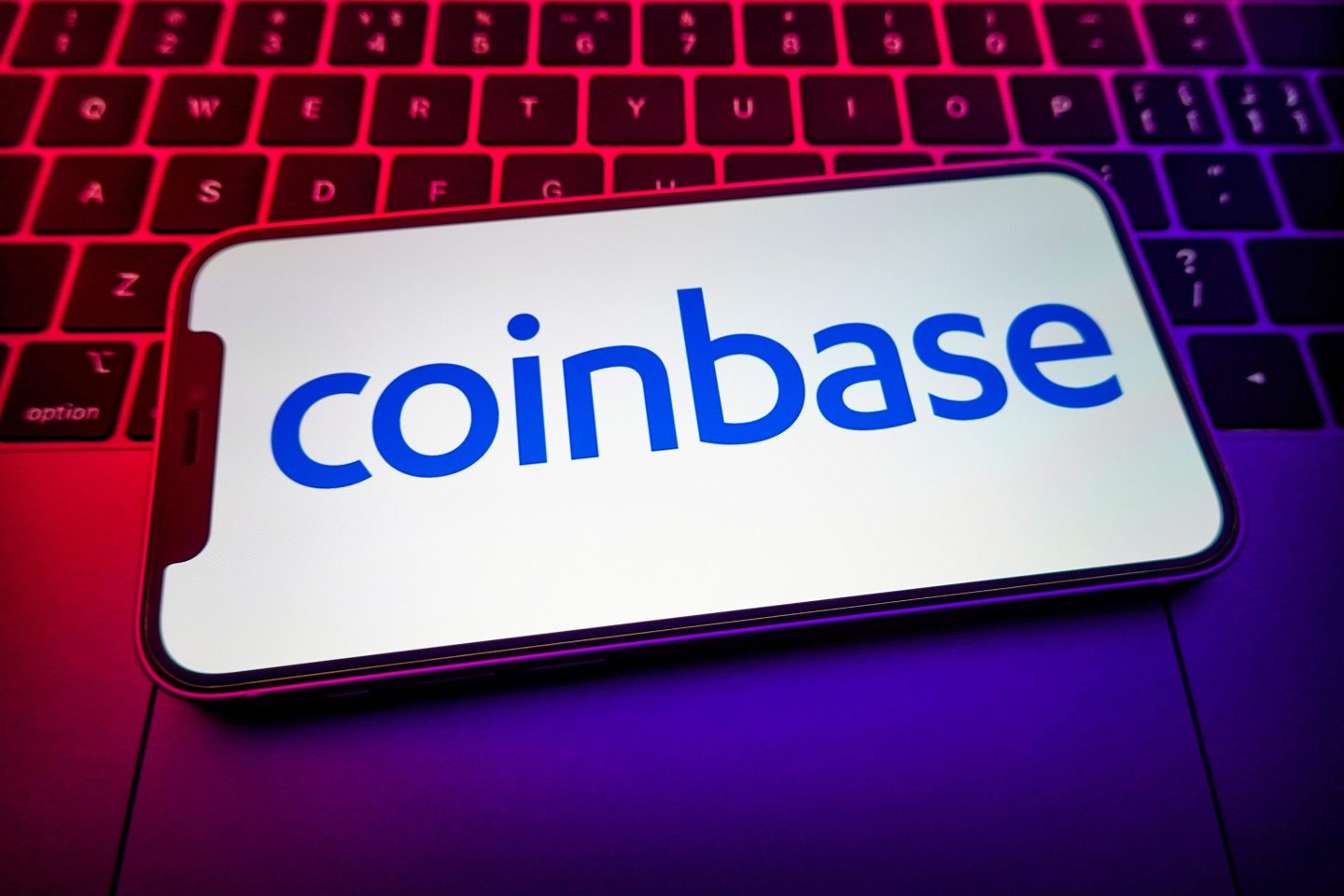 On Tuesday, U.S.-based crypto exchange Coinbase released the first video in a trilogy based on Web3 themes.
Photo Illustration by Sheldon Cooper—SOPA Images/LightRocket via Getty Images

Coinbase released a short film on Tuesday that has it all—skydiving, underground bare knuckle boxing, and a motley crew of determined crypto “degens” pitted against each other. The only thing it doesn’t have is a consensus on whether it was any good or not.

The first installment of a three-part film announced back in April when NFTs were red hot, the film features characters from the Bored Ape Yacht Club and is rated “PN” (probably nothing—a popular phrase in crypto lingo. It opens with a bulky narrator, later introduced as an economist professor Gary Rifken, boxing in a Fight Clubesque basement surrounded by roaring fans.

Over the course of five minutes of animated action sequences Rifken walks the audience through a “Web3 joust” in which he competes against four other “degens” for a chance to win coin. The film winds down with the protagonists entering a liar of “money zombies,” before flashing “to be continued.”

The film’s cliffhanger ending left some on the edge of their seats, but others were unimpressed. The movie was released after news broke that the Securities and Exchange Commission was investigating whether the crypto exchange offered unregistered securities on its platform.

One Twitter user, whose online pseudonym is @0xMerp, criticized Coinbase’s timing with the release.

Several other Twitter users critiqued the timing of the video’s release as well, including London-based software engineer and Web3 skeptic Stephen Diehl.

“What are they spiking the coffee with at Coinbase? They’re getting investigated by the Feds and their response is to release this video which I can only describe as a deranged acid trip. Hope their shareholders are planning an intervention, because this looks like rock bottom,” Diehl tweeted on Tuesday.

“Coinbase is fetishizing degeneracy and bastardizing everything Bitcoin stands for. There’s so much wrong here I don’t even know where to start,” he wrote in a Tuesday tweet.

At the same time, some gave the short film two thumbs up, including a crypto influencer whose pseudonym on Twitter is tropoFarmer.

“surprisingly good, writing isn’t cringe and the vfx+design are beyond expectation,” tropoFarmer wrote in a tweet on Tuesday.

Ryan Selkis, the founder and CEO of crypto intelligence company Messari, said he thought the film was “cringe,” but gave Coinbase props for being a reliable crypto custodian.

“What’s not cringe: they’ve been the Fort Knox of crypto (no major hacks or vulnerabilities ever), zero to one on-ramp for tens of millions of retail users (myself included), pushing hard on the personal wallet (unlikely to sell-out on privacy),” Selkis wrote in a tweet on Tuesday.

The new short film comes at a time when Coinbase is in increasingly hot water. On Tuesday, the company’s stock plummeted 21% after the news of the Securities and Exchange Commission’s probe broke. Several funds controlled by Ark Invest CEO Cathie Wood sold millions of Coinbase shares for the first time this year on Tuesday.

Coinbase stock rebounded about 9.8% on Wednesday afternoon but is still down more than 75% since the start of the year.