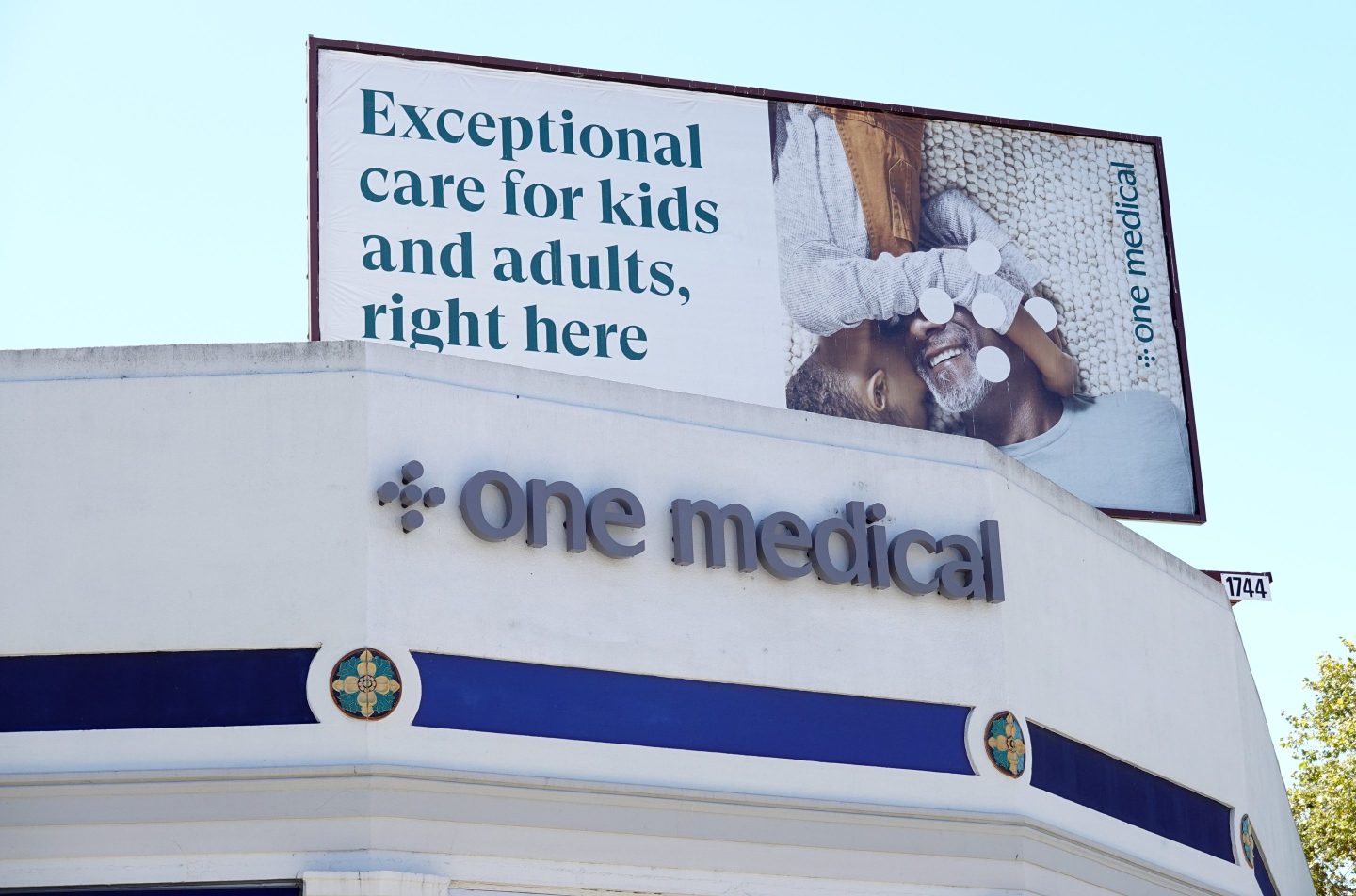 Amazon's $3.5 billion purchase of primary care company One Medical is just one example of Big Tech leaning heavily on M&A in 2022—a stark contrast to global M&A deals which are down 20% from 2021.
Justin Sullivan—Getty Images

Merger and acquisition spending, like most other areas of finance, tends to cool off during economic downturns as corporate executives and boards get skittish about big deals and private equity firms grow more choosy. But so far this year, the tech industry is providing an intriguing exception to this rule.

Those big-ticket purchases pushed the value of tech M&A in the first half of 2022 up 58% year over year to $272 billion, according to PricewaterhouseCoopers, even though deal volume fell 37% to 677.

“When you first see instability in asset prices, a lot of acquirers will step back and take a wait-and-see attitude,” Alan Bickerstaff, a partner in Shearman & Sterling’s tech group, tells me. “But some may accelerate their buying activity when they see attractive opportunities with valuations down. If buyers are well capitalized, they’re less worried about the short-term effects of an economic overhang and more concerned about pursuing their long-term strategic priorities.”

That squares with Amazon’s strategy to strengthen its foothold in health care by buying One Medical. The deal could not only enhance the Prime bundle, but will offer Amazon “potential cross-selling synergies with their online pharmacy, a further physical retail offering and a potential B2B offering to employers” a note from Bernstein Research said.

The rise in money spent on tech acquisitions stands in contrast with global M&A trends. In its mid-2022 outlook, advisory firm Bain & Co. projected that global M&A deals in all industries would total $4.7 trillion, a strong showing but still 20% down from 2021’s record $5.9 trillion. Higher interest rates, supply chain issues, and geopolitical crises would help drive the decline.

Such a decline wouldn’t be surprising given the chance of a recession. GDP fell 1.6% in the first quarter, and we’ll see on Thursday if it shrank for a second straight quarter, which many economists consider a measure of recession. In the past, M&A has slowed during recessions: Deal value dropped 32% from peak to trough during the Great Recession and slid 44% during the dot-com bust two decades ago.

But three factors may be prompting buyers to stay relatively active this time around, especially in tech. First, many currently expect any recession to be short and shallow. Second, years of profits have left many buyers, especially tech giants, flush with cash after the recent boom times. Companies in the S&P 500 had $3.7 trillion in cash on hand at the end of last year, while U.S. private equity firms held $949 billion in dry powder.

And third, acquisitions announced during recessions tend to perform better over time than those made in boom times. Purchases made during the early 2000s recession, for example, saw shareholder returns outpace their peers by 7% in the year following a deal’s announcement, research from PwC found.

Bain’s outlook supports this view. “We are in an era of unprecedented volatility,” the Bain report said, while noting that “the greatest competitive market shifts take place during times of turbulence. Companies that invest throughout the economic cycle have far superior returns than those that participate sporadically.”

There’s also a tendency for high profile acquisitions to spur on other dealmaking, a kind of FOMO for would-be buyers. Typically, buyers wait for markets to bottom out before starting their bargain hunting, but some like Alphabet and Amazon are moving on discounted stocks early in this cycle. Mandiant was trading 78% below its record high when Alphabet announced its acquisition, while One Medical was 84% below its record high.

“Buyers are still able to pay a pretty large premium to market prices because they’re down so much relative to a year ago” Bickerstaff says.

For now, activity may be focused on recently listed unicorns that have seen their valuations plunge in public markets, but should spread to private startups in time. That’s because valuations take several months longer to adjust downward in the more illiquid private markets.

And don’t forget the wild card this time around: rising interest rates, which could make borrowing costs for PE firms and companies more expensive than in previous economic cycles. The last time inflation was a concern in the early 1980s, the PE industry was in its infancy.

“Higher rates are going to affect PE firms’ ability to use debt to acquire companies because the cost of that debt has gone up,” Bickerstaff says. “We’re still in a low-rate environment, so I’m not sure it will have a big effect in the short term. But at some point it’s going to start having an impact.”

- Balance, a New York and Tel Aviv-based B2B marketplace and e-commerce payments company, raised $56 million in Series B funding. Forerunner led the round and was joined by investors including Salesforce Ventures, Hubspot Ventures, Lyra Ventures, Gramercy Ventures, and other angels.

- Cordial, a San Diego-based marketing and data management platform for brands, raised $50 million in a Series C funding. NewSpring led the round and was joined by ABS Capital.

- Atlantic Quantum, a Cambdirge, Mass. and Gothenburg, Sweden- based quantum computers developer, raised $9 million in seed funding. The Engine led the round and was joined by investors including Thomas Tull, Glasswing Ventures, Future Labs Capital, and E14.

- Apax Partners agreed to acquire a majority stake in Pickles Auctions, a Sydney-based marketplace for vehicles, industrial, and salvage assets. Financial terms were not disclosed.