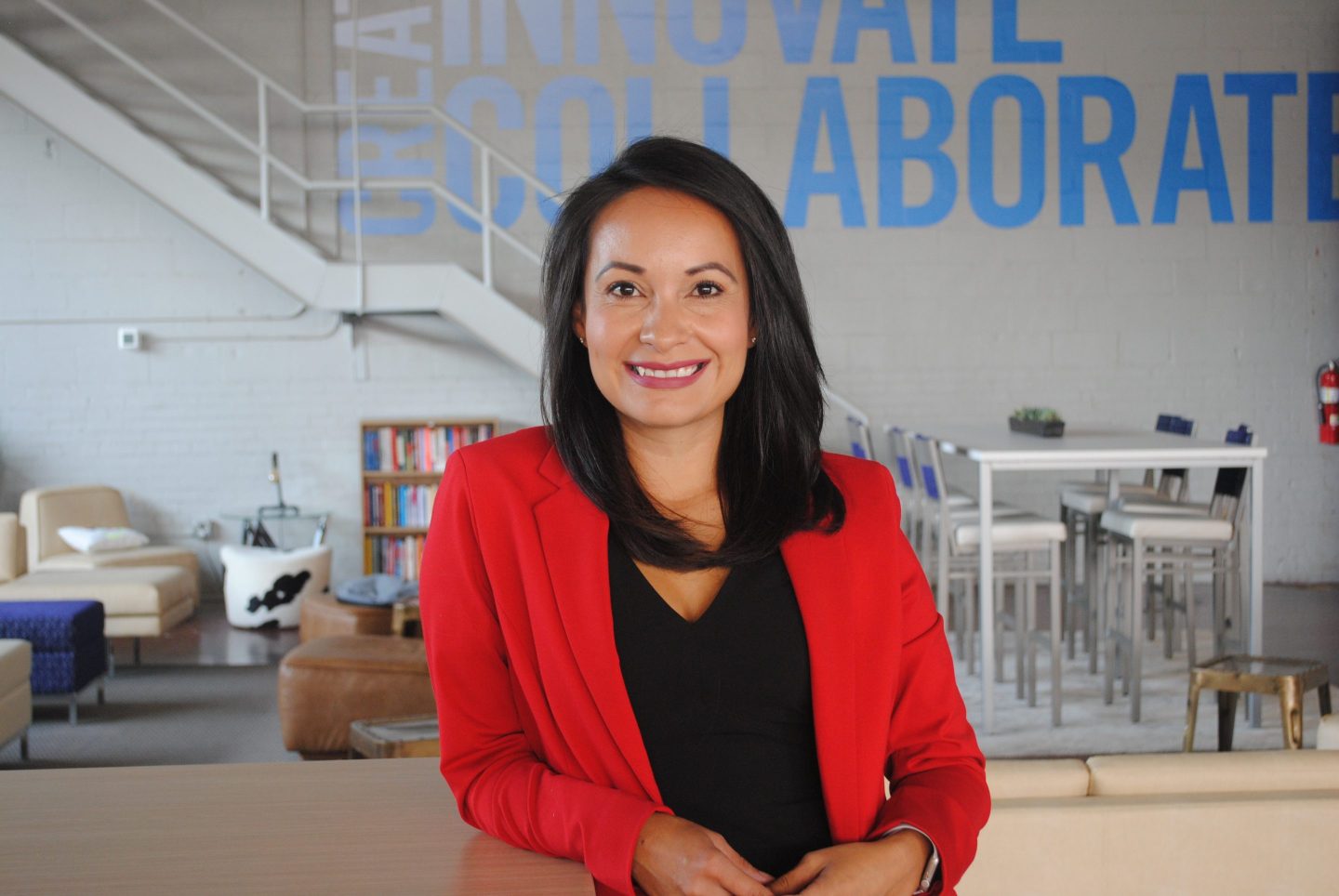 “They're telling me they're not moving here. They're not applying to our programs,” says Erika Lucas of conversations she is having with female entrepreneurs in Oklahoma City.
Courtesy of Erika Lucas

Lucas, who runs mentorship and accelerator programs for women and entrepreneurs of color in Oklahoma City, has made about 30 personal investments in startups with her and her husband’s own money over the years—but she didn’t want to be a GP.

“I had shied away from raising a fund for multiple years,” she says. For one, Lucas had already been a partner at a private equity firm in the past. But more importantly, she’s maintained that it’s important to lay out all funding options to founders, such as lending-based financing or traditional bank loans, depending on their needs. Venture capital isn’t for everyone, she says.

But then May 2 rolled around. Politico published a groundbreaking report that the Supreme Court was close to overturning Roe v. Wade. Two days later, Lucas was getting on the phone to fundraise.

The undprecendented reversal of the Supreme Court’s 1973 ruling on abortion hit Lucas a little differently than some of her other peers in the venture capital and startup industry. After all, Lucas lives in Oklahoma, a state that promptly moved to pass antiabortion legislation shortly after the leak. There may be funds focused on women founders out there, Lucas acknowledges, but there aren’t many in the middle of the country, and particularly in states that will be impacted most by the Supreme Court’s recent ruling.

“Decisions continue to be made for us, instead of by us,” Lucas says. “And that’s only going to change when women are in those positions of power in the private sector—so that they can drive the solutions that are part of developing the future of work and fixing our care infrastructure.”

Lucas began making calls to women within her circle of female executives and high-net-worth individuals from accelerator program StitchCrew and private network VEST Her. She is calling her new firm VEST Her Ventures, and she plans to back women-led pre-seed or seed startups in the future of work or care economy space. In two months, Lucas closed $2 million from individual limited partners, all high-net-worth women who live in the middle of the country. Now she is turning to institutional capital, and is seeking to raise another $18 million by the end of the third quarter.

Last week, VEST Her Ventures closed its first investment with some of the new capital—backing Byrdhouse, an Illinois-based app that uses artificial intelligence to provide real-time translation on video chats.

As for Lucas’ track record, it’s still early, as she only started angel investing about four years ago. Thus far, she had a 5x return on her investment in From Seed to Spoon, an app that teaches people how to grow their own food, which was acquired by gardening e-commerce company Park Seed earlier this year. She’s also been an angel investor in reproductive health startup Noula Health, which just raised $1.4 million in pre-seed funding. About 30% of Lucas’ personal portfolio companies have already gone on to raise their Series A, she says.

Lucas says the new fund will back women wherever they are, but she plans to focus on companies in the middle of the country, as she says those deals often aren’t getting as much visibility.

“I feel like if we want to really see a change, and we want to see it faster, we’re going to have to start funding women,” Lucas says. “And not just women entrepreneurs—but women who are focusing on delivering solutions that are redefining the way we work and integrate life.”

A programming note… Tomorrow I am headed over a couple states for RAGBRAI, the annual 460-mile bike ride across Iowa, so, needless to say, I won’t be in your inbox for a little while. Not to worry: This newsletter will still be going out in my absence, and you will be in very capable hands! Please continue to send deals to Jackson at termsheet@fortune.com. And, should I survive this wretched heat wave, you’ll be hearing from me again on Aug. 2.

- ZEBEDEE, a Hoboken, N.J.-based fintech and payment processor for the gaming industry, raised $35 million in Series B funding. Kingsway Capital, The Raine Group, and Square Enix led the round and were joined by investors including Lakestar and Initial Capital.

- Gordian Software, a Seattle-based API for selling flight add-ons, raised $25 million in Series A funding. Accomplice, Kinnevik, and others invested in the round.

- Dot Compliance, a Phoenix-based quality and compliance platform company, raised $23 million in Series B funding. Israel Growth Partners led the round and was joined by investors including Vertex Ventures and TPY Capital.

- YourChoice, a Berkeley, Calif.-based male contraception company, raised $15 million in Series A funding. Future Ventures led the round and was joined by investors including Refactor, Knollwood, North South Ventures, and RH Capital.

- Charter, a New York-based digital media and insights company, raised $3 million in seed funding. Bloomberg Beta led the round and was joined by investors including Precursor Ventures, The Fund, Old Town Media, and other angels.

- RedBird Capital Partners and StepStone Group agreed to acquire a majority stake in Talent Systems, a Los Angeles-based casting software and talent marketplace for the entertainment industry. Financial terms were not disclosed.

- NewAmsterdam Pharma, a Naarden, Netherlands-based biotech company treating metabolic diseases, is in talks to go public via a merger with Frazier Lifesciences Acquisition Corp., a SPAC, according to Bloomberg. A deal is valued at $700 million. The company is backed by Forbion, Morningside Ventures, and Ascendant BioCapital.

- Portage Ventures, a Toronto-based investment firm, raised $655 million for a third fund focused on fintech investments in the United States, Europe and Canada.