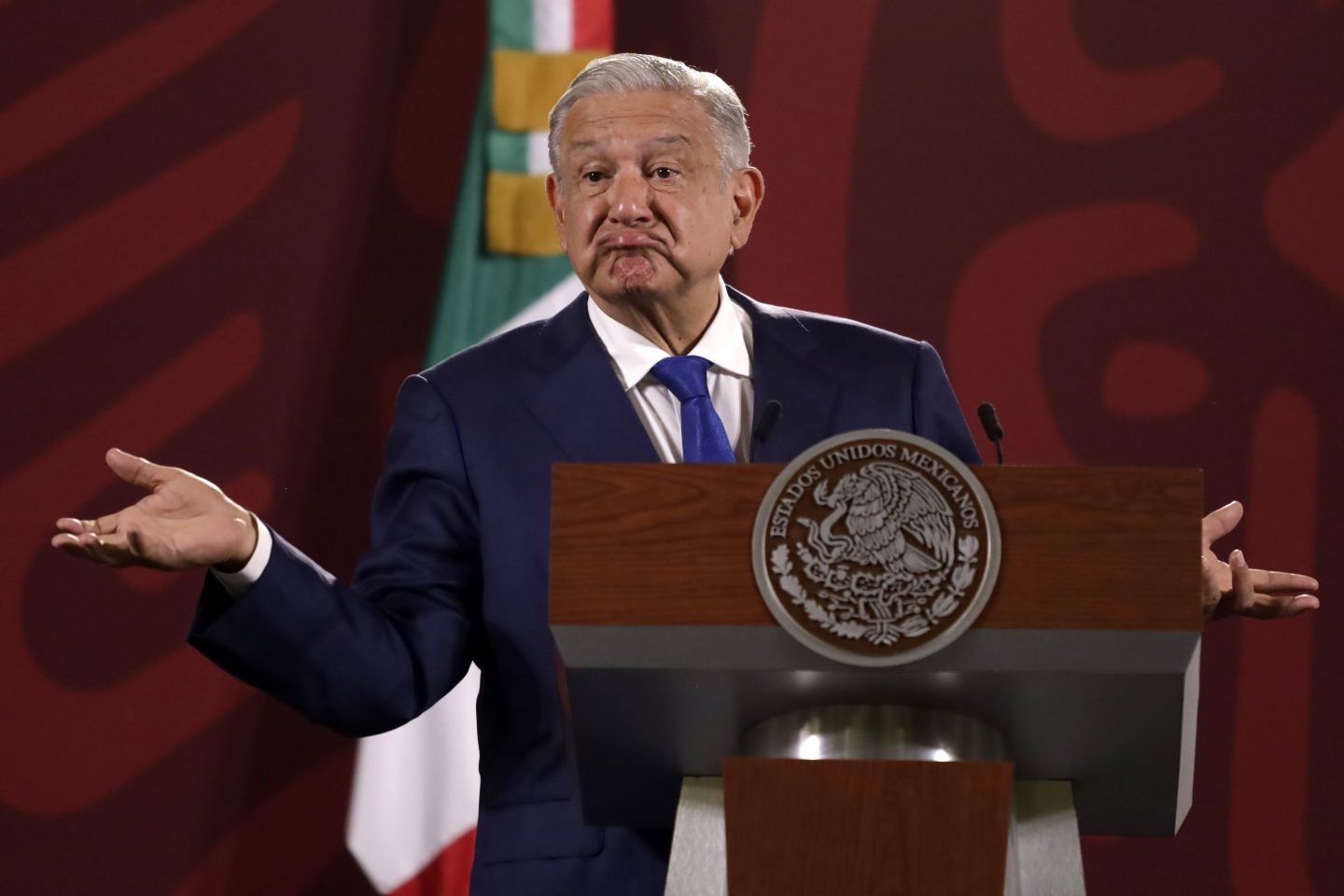 There’s a brewing trade dispute between the U.S. and Mexico on energy policy, and it’s getting ugly fast.

When reporters asked him how he proposes to solve the policy spat, AMLO was defiant: “Nothing will happen.”

What is going on here?

The U.S. said it was seeking “dispute settlement consultations” under the U.S.-Mexico-Canada Agreement (USCMA), a trade agreement meant to ensure balanced, reciprocal trading between North American nations. It was a first step in a process that could lead to tariffs on some Mexican products.

The news comes just over a week after Biden and AMLO put out a joint statement reaffirming their commitment to the USMCA.

Mexico has been attempting to prop up its state-run electrical utility, the Comisión Federal de Electricidad (CFE), and its national oil and gas company, Petróleos Mexicanos (PEMEX), with policies that U.S. trade ambassador Katerine Tai argues “prioritize the distribution” of energy from these firms, disincentivizing market competition and clean-energy production in the country.

“We have tried to work constructively with the Mexican government to address these concerns, but, unfortunately, U.S. companies continue to face unfair treatment in Mexico,” Tai said in a statement on Wednesday.

Canada’s trade ministry is also launching energy consultations with Mexico, with officials telling Reuters they are “supporting the U.S. in their challenge.”

The Alliance for Trade Enforcement, a trade group made up of various U.S. industry associations, also stood by the Biden administration’s trade fight.

Republican senators applauded the move by the Biden administration as well, but argued it should have been done sooner.

“Under the USMCA, Mexico agreed to level the playing field and [to] allow American companies to compete with Mexican companies to meet Mexico’s energy needs. But the government of Mexico has been violating this agreement. It was well past time for the United States to respond, and it was right for the U.S. Trade Representative to finally act,” U.S. Senator Ted Cruz (R.-Texas) said in a Wednesday statement.

Mexico’s economy ministry responded to U.S. and Canadian requests for consultation late on Wednesday night, with officials saying that they are hoping to reach a “mutually satisfactory solution” to the energy dispute. President López Obrador remained defiant on Thursday, however, arguing that Mexico has not violated the USMCA trade agreement.