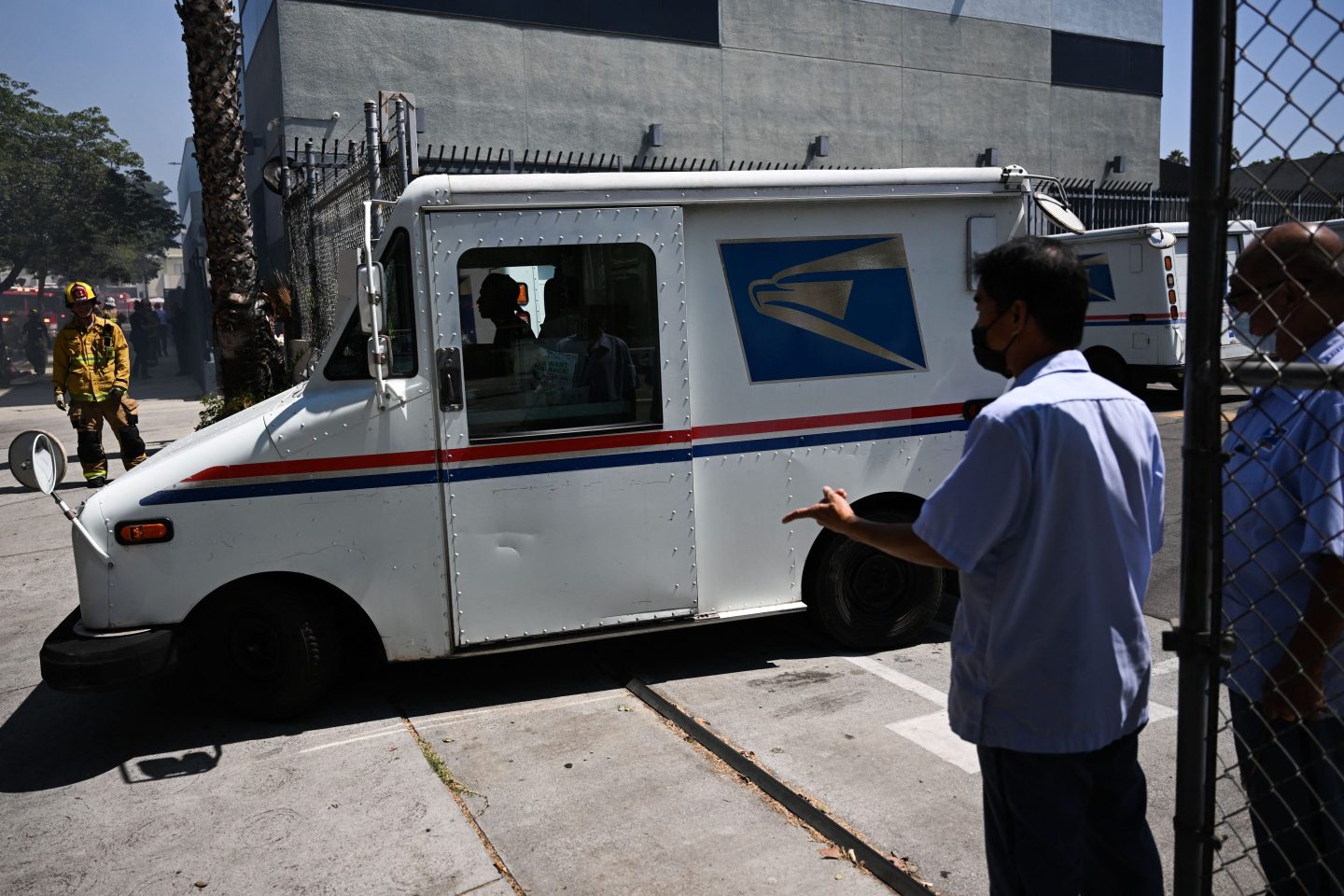 The U.S. Postal Service will be rolling out more electric vehicles as soon as next year.
Patrick T. Fallon—AFP/Getty Images

The Postal Service anticipates boosting electric vehicles from 20% to 50% in its initial purchase of 50,000 vehicles—with the first of them rolling onto delivery routes next year. It also proposes buying an additional 34,500 commercially available vehicles over two years, officials said.

The proposal, to be posted in the Federal Register on Thursday, came after 16 states, environmental groups and a labor union sued to halt purchases of next-generation delivery vehicles under the initial plan that was skewed heavily toward gas-powered trucks.

The new environmental proposal effectively pauses the purchases at 84,500 total vehicles—40% electric—even as the Postal Service seek to buy up to 165,000 next-generation vehicles over the next decade to replace aging delivery trucks that went into service between 1987 and 1994.

Future purchases would focus on smaller amounts of vehicles in shorter intervals than the original 10-year environmental analysis, officials said.

The goal is to be more responsive to the Postal Service’s evolving operational strategy, technology improvements and changing market conditions, the Postal Service said in a statement. A public hearing on the new proposal will be held next month.

The next-generation delivery vehicles are taller to make it easier for postal carriers to grab packages and parcels that make up a greater share of volume. They also have improved ergonomics and climate control.