Toys “R” Us is coming back, again, this time in Macy’s stores 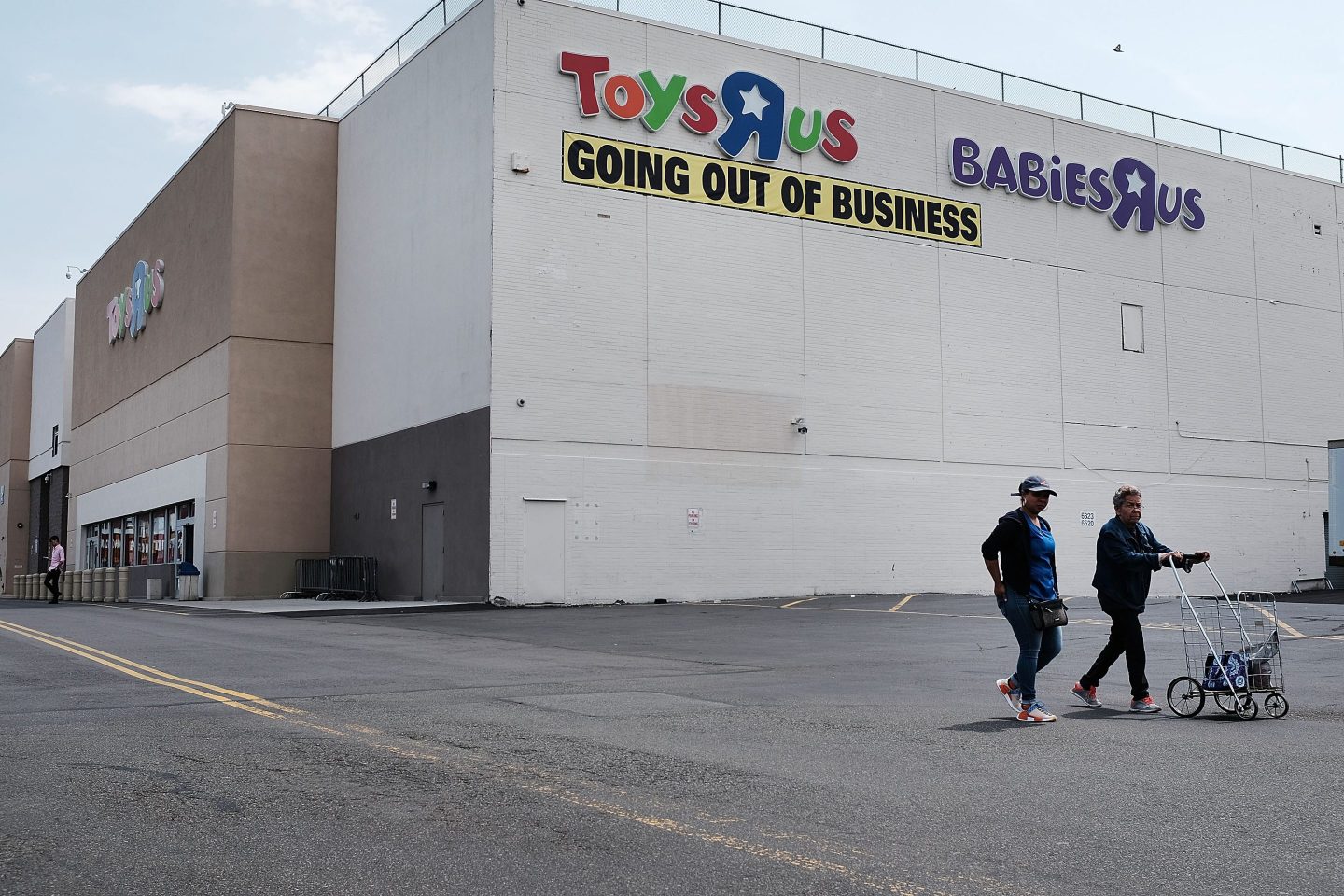 One of those shuttered Toys "R" Us stores.
Spencer Platt—Getty Images

Toys “R” Us is quickly becoming the Rasputin of retail.

The defunct toy store has signed a deal that will put it in every Macy’s department store in the next few months, giving it an extended afterlife.

Those footprints could expand during the holiday season. The in-store stores will begin opening immediately and continue through Oct. 15.

Toys “R” Us originally filed for bankruptcy in 2017 and liquidated the following year, closing all U.S. locations. Tru Kids Inc. bought the name and attempted a few reopenings.

In 2018, Geoffrey’s Toy Box, a limited retail experience that sold toys that were once exclusive to Toys “R” Us, showed up in over 600 Kroger stores. And the following year, it opened stores in New Jersey and Texas, but those did not survive the pandemic.

In December 2021, it tried again, opening a two-level, 20,000 square foot location at the American Dream mall in New Jersey, which included a two-story slide, as well as a café and ice cream shop. That facility is still open today.

WHP Global then took over the brand. Last year, it announced a partnership with Macy’s and reopened the company’s Website. Since then, Macy’s has reported that toy sales are 15 times higher than before the partnership. That, likely, was a catalyst for dedicating footspace in stores to the brand.

“Macy’s cannot wait to bring the Toys ‘R’ Us experience to life in our stores,” said Nata Dvir, Macy’s chief merchandising officer, in a statement. ” The customer response to our partnership…has been incredible and our toy business has seen tremendous growth.”