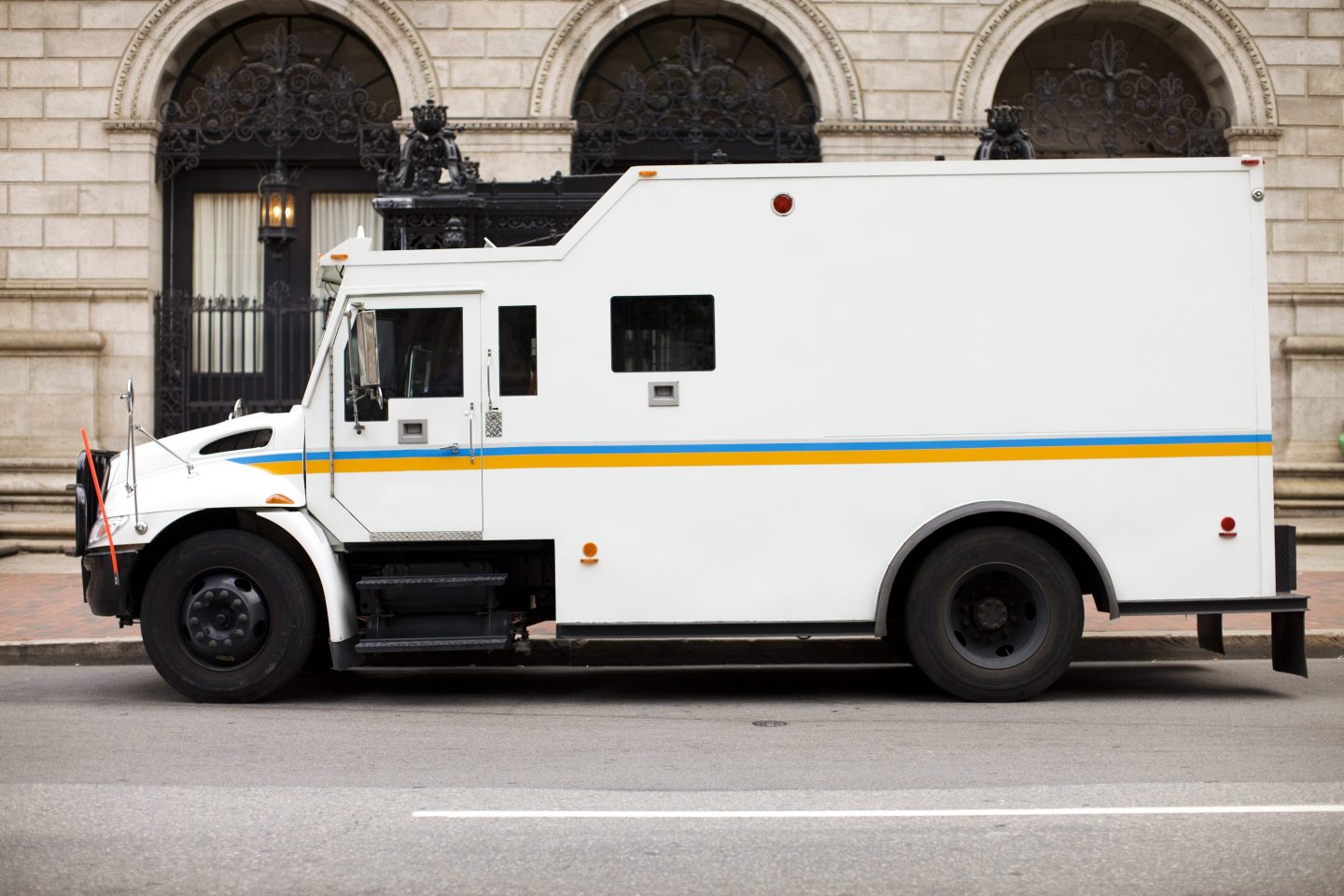 The Brink's truck was robbed in the early morning on July 11 near Los Angeles, said Dana Callahan, a spokeswoman for the security company.
Getty Images

Millions of dollars worth of gems and jewelry were stolen in an armored truck robbery last week in Southern California, authorities said Sunday.

The Brink’s truck was robbed in the early morning on July 11 near Los Angeles, said Dana Callahan, a spokeswoman for the security company.

The merchandise had been loaded onto the truck late on July 10 following an exhibit hosted by the International Gem and Jewelry Show in San Mateo, south of San Francisco, said Brandy Swanson, the group’s director. It was going to an event at the Pasadena Convention Center just northeast of Los Angeles, she said.

Swanson said between 25 and 30 bags were taken, containing an unknown number of individual pieces. She said 18 victims were reporting more than $100 million in losses. Callahan said it was less than $10 million.

“According to the information the customers provided to us before they shipped their items, the total value of the missing items is less than $10 million,” Brink’s said in a statement. “We are working with law enforcement, and we will fully reimburse our customers for the value of their assets that were stolen, in accordance with the terms of our contract.”

Laura Eimiller, spokeswoman for the Federal Bureau of Investigation in Los Angeles, said the robbery was in the desert city of Lancaster in northern LA County. Eimiller said the bureau agency was working with local authorities, but she could not immediately provide more information.

A dispatcher with the Los Angeles County Sheriff’s Department, which patrols Lancaster, didn’t have information about the investigation on Sunday.

Swanson said vendors who travel between jewelry shows typically underinsure their merchandise because they can’t afford to insure it fully.

“That’s where the discrepancy comes in. These are mom-and-pop operators,” Swanson said. “They’re devastated. Some of these people have lost their entire livelihoods.”

The International Gem and Jewelry show hosts about 45 shows nationwide per year, she said.