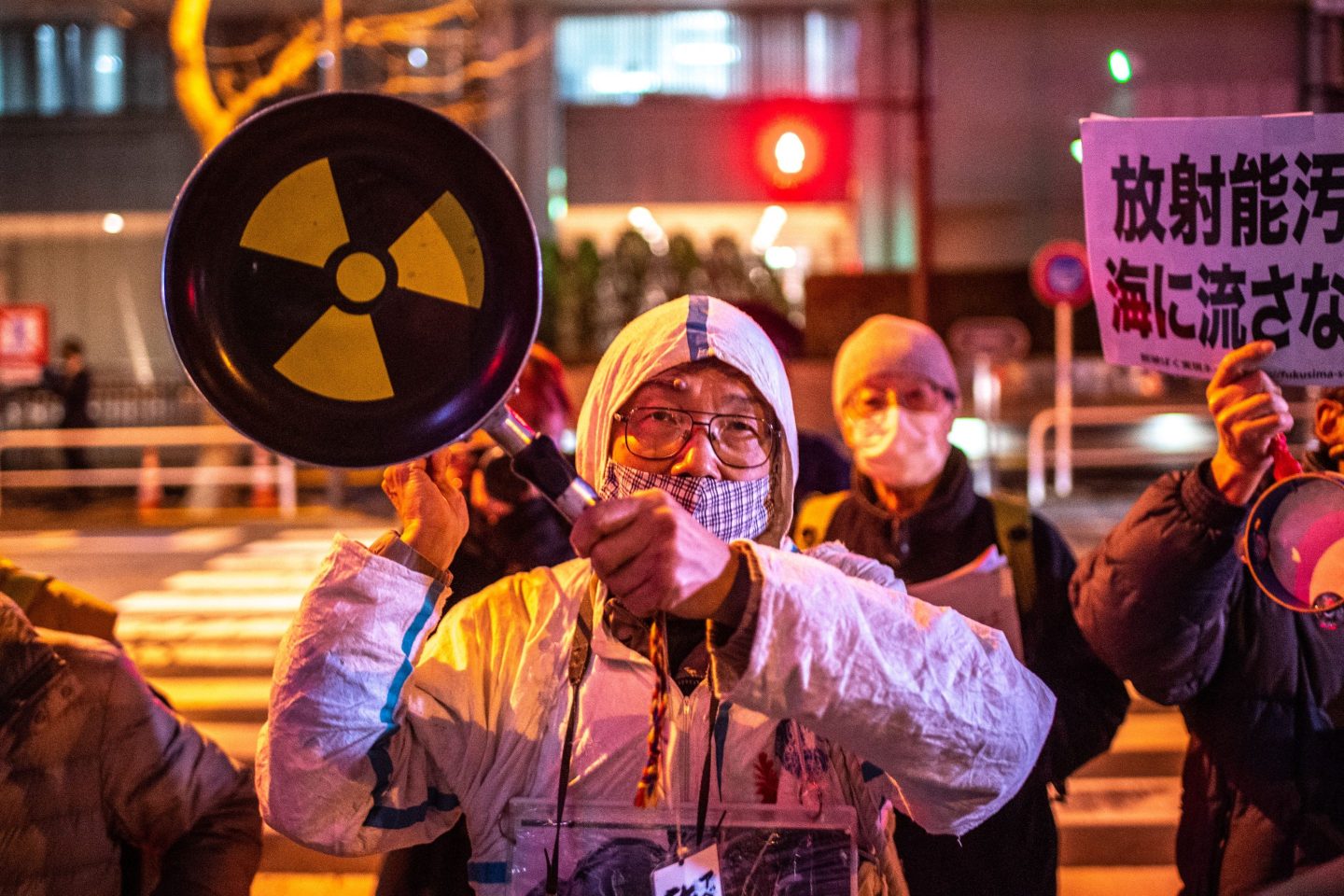 After more than 11 years since the Fukushima nuclear meltdown, four former heads of Tokyo Electric Power Co. have been ordered to pay $97 billion for the damages caused by the disaster.
Philip Fong—AFP/Getty Images

Four former heads of Japanese utility Tokyo Electric Power Co. have been ordered to pay 13.32 trillion yen ($97 billion) for the damages caused by the Mar. 11, 2011, Fukushima nuclear power plant meltdown, as the country continues to struggle to deal with the aftermath of the disaster.

In the first case to lead to a verdict against TEPCO executives, presiding judge Yoshihide Asakura found that the leaders of the company at the time had failed to properly prepare for a tsunami-related accident.

The civil lawsuit, brought on by 48 TEPCO shareholders, claimed the three reactor meltdowns could have been avoided if measures had been taken to prevent flooding in the plant’s main buildings and critical equipment rooms.

The eye-popping $97 billion verdict is the largest ever awarded by a court for a civil lawsuit, according to the Japan Times.

The aftermath of the nuclear disaster can still be felt in Japan and the rest of the world more than 11 years later. Scientists continue working to decommission and decontaminate the plant, which still has more than 1.24 million tonnes of water contaminated with radioactivity on-site. TEPCO has recently been campaigning to dump the water into the surrounding ocean—a plan met with pushback from environmentalists and the local fishing industry.

Many residents are also still not able to return to their homes near the site. Of the 154,000 people who were evacuated after the nuclear meltdown, 37,000 were still unable to return home due to the risk of radiation as of 2021.

A spokesperson for TEPCO told Fortune, “We deeply apologize for the immense burden and deep concern the accident at the Fukushima Daiichi Nuclear Power Station of TEPCO Holdings, Inc. is causing local residents and society at large.”

The spokesperson declined to comment on the litigation against TEPCO.

The civil lawsuit was initially filed against five former TEPCO officials—including former chair Tsunehisa Katsumata and former president Masataka Shimizu—and centered on whether senior TEPCO management could have predicted a serious nuclear accident hitting the facility after a powerful tsunami. The court found one of the five executives not responsible in the civil suit: Akio Komori, a former managing executive officer and director of the Fukushima plant.

The plaintiffs charged the TEPCO executives with ignoring recommendations to take stronger tsunami protection measures and initially sought 22 trillion yen ($158 billion) in compensation to completely neutralize the site. The plaintiffs sought 8 trillion yen to decommission the plant completely, another 6 trillion to decontaminate the site and build interim nuclear waste storage, and 8 trillion for victim compensation.

In the case, the executives argued that the data presented to them in a long-term government assessment of possible tsunami damage published in 2002 was unreliable, and they could not have foreseen the massive tsunami that triggered the disaster.

The Tōhoku earthquake and tsunami ended up being the most powerful earthquake ever recorded in Japan and the fourth most powerful in the world, and would eventually claim 19,747 deaths, with 2,556 people still missing as of 2021.

Even if it was possible to predict the damage, the defendants argued, they didn’t have the time to take the needed countermeasures.

In the end, the judge ruled in favor of the prosecution, saying the company’s countermeasures against the tsunami “fundamentally lacked safety awareness and a sense of responsibility.” According to Kyodo News Agency, the defendants will be expected to pay as much as their assets allow.

This is not the first lawsuit brought against the TEPCO executives. The same prosecutors filed a criminal lawsuit against three of the five defendants—Katsumata, former vice president Ichiro Takekuro, and vice president Sakae Muto—in the Tokyo District Court of criminal responsibility. The prosecutors at the time sought a five-year prison term for each executive.

The three executives were found not guilty of professional negligence, as they could not have foreseen the huge tsunami, and cleared by the court in the 2019 ruling. Prosecutors have since appealed the decision; a ruling is expected in early 2023.