High-fives, donkeys and maracas lead the next crop of new emojis 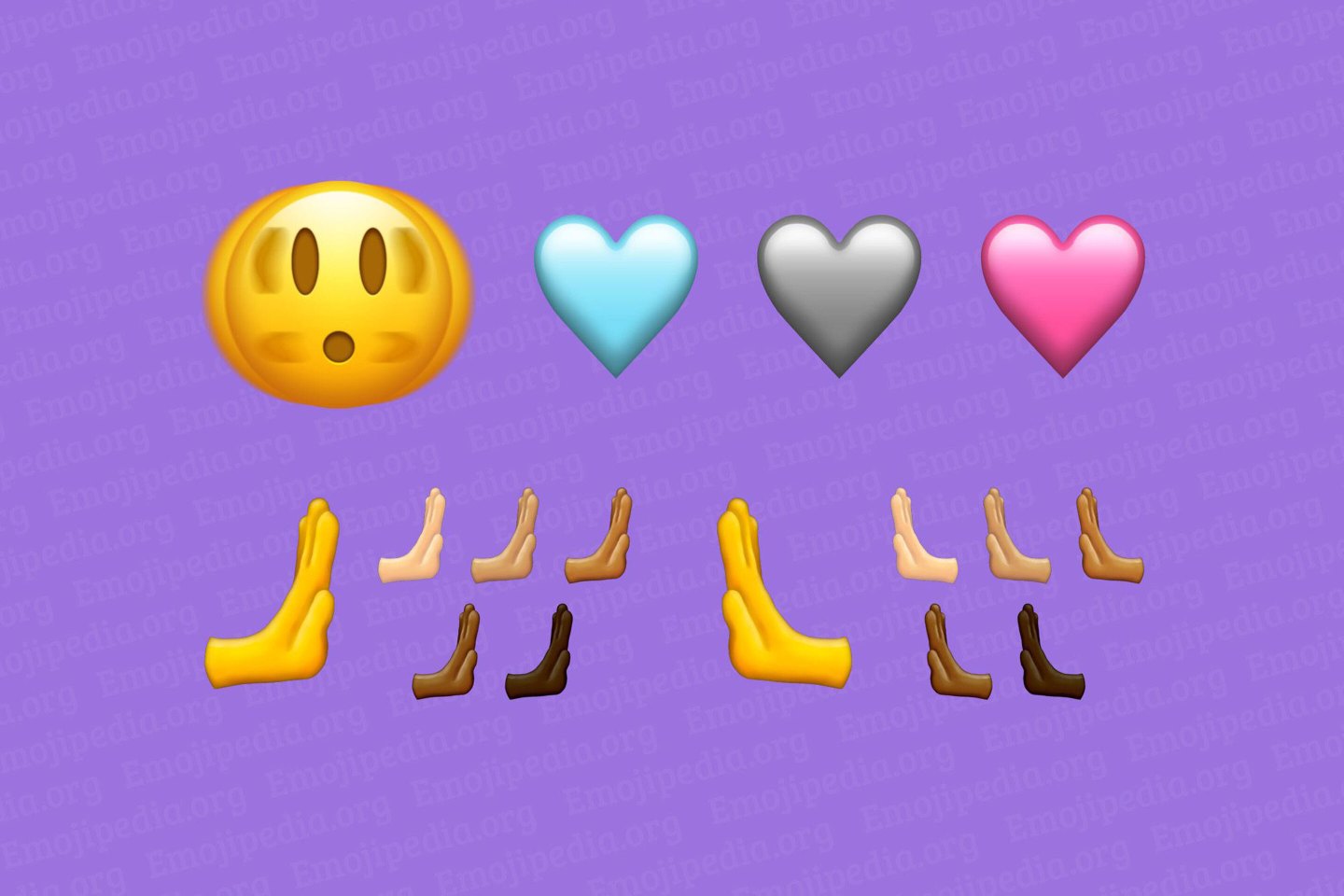 Emojis coming soon to a phone near you.
Unicode Consortium

Hands, hearts and an abundance of avian could be headed to your phone soon.

Emojipedia, which creates sample designs for new emoji, has unveiled the 31 new ones that will likely roll out in 2023. The Unicode Consortium, which oversees which emojis make it onto phones, will make the final ruling, but historically, most presented for approval have gotten the green light.

This year’s crop is a wide one, ranging from a shaking face to “pushing hands” (which look like someone offering to give or receive a high-five). Light blue, grey and pink hearts will be added to the variety. The emoji zoo will likely see the addition of a moose, donkey, goose, and jellyfish. And you’ll be able to add ginger, pea pods and a hyacinth to your texts.

Musical texters can add a flute or maracas. And Sikh users will welcome the Khanda, the symbol of that religion’s faith.

This is, in fact, the smallest crop of new emoji suggestions that has ever been recommended. This year, 112 new ones will roll out, whereas last year saw 217 new emoji. And for the first time ever, there are no new people emoji in the recommendations.

The list of suggested additions is a draft, at present. Final approval for the list will occur this September. From there, the new designs will roll out the following year.

“These are just some of the emojis that are up for approval this September,” Emojipedia wrote. “While some might not make the cut, most presented for approval are historically confirmed. … including every emoji we previewed from last year’s Emoji 14.0 draft list ahead of World Emoji Day 2021.”

Emoji use around the world has never been higher. Earlier this week, the group released results of a survey showing that 22% of all Tweets send so far this month have included an emoji—up from zero at the start of 2012.