Walmart just ordered 4,500 electric cars from an EV company you’ve never heard of, sending its stock up over 57% today 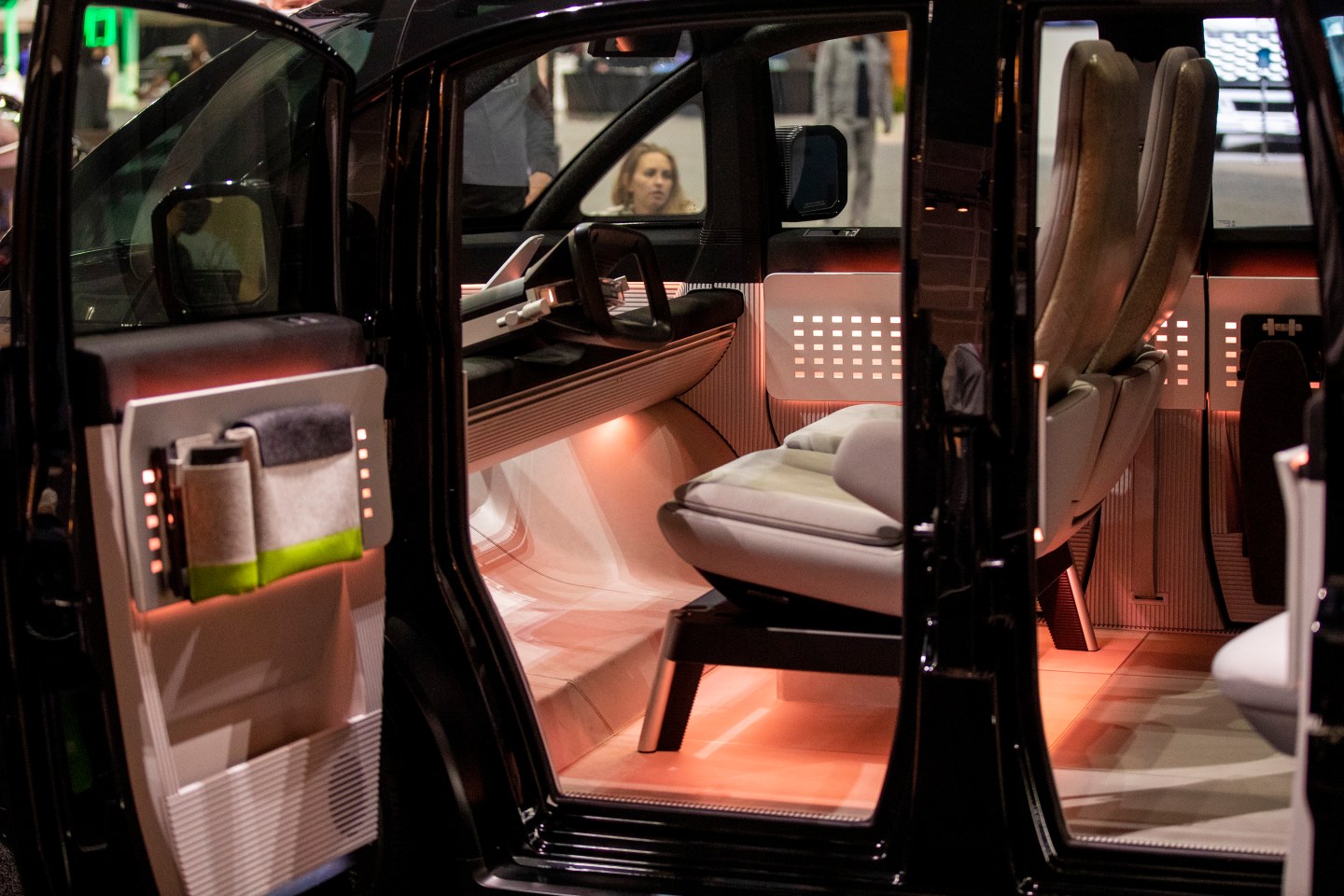 Walmart ordered 4,500 fully electric vans as part of the retailer’s push to expand its delivery network and achieve zero emissions by 2040.

The retail giant’s expansion of its fleet isn’t quite news, as it has been planning to upgrade in an environmentally conscious fashion for some time now. But what is Canoo, the Arkansas-based company that took the 4,500-vehicle order and will be making the Lifestyle Delivery Vehicle, a compact van expected to go into production in the fourth quarter of this year?

Walmart employees will hit the road using the vans to deliver online orders in 2023, Canoo said in a statement Tuesday.

According to the statement, Walmart signed a “definitive agreement” to purchase at least 4,500 vehicles, and holds the option to purchase up to 10,000 further down the road. Both companies declined to disclose what the deal cost, but the delivery variant of Canoo’s Lifestyle Vehicle currently retails for $34,750 each.

“The option to purchase additional EVs will be based on a number of factors, but right now we’re focused on the 4,500,” a Walmart spokesperson told Fortune. “Today’s news is the continuation of Walmart growing our last-mile delivery fleet. We’ve also made agreements with Ford for 1,100 ETransits and GM’s BrightDrop for 5,000 of their EVs.”

Shares of Canoo jumped roughly 70% following the announcement, and were still up over 57% at press time: quite the boost for the company, which said just two months earlier it had “substantial doubt” about having enough funding to stay in business. None of Canoo’s vehicles are currently available, according to its website, but it is accepting preorders for several to be released later this year. It also has a contract with NASA to provide all-electric vehicles by 2023 for the Artemis mission to return astronauts to the moon.

It is unclear how long Canoo’s deal with Walmart has been in the works. Last year, Canoo announced plans to establish its headquarters in Bentonville, Ark.—better known as the birthplace of Walmart.

“We’re encouraged that by being located in close proximity to the Canoo headquarters, we have the advantage to collaborate and innovate in real time as well as the opportunity to aid in the creation of manufacturing and technology jobs here in our home state of Arkansas,” said David Guggina, senior vice president of innovation and automation at Walmart U.S., in a statement.

In recent years, Walmart has steadily grown its last-mile delivery service to the point where it can now provide same-day delivery to 80% of the U.S. population, according to the statement.