‘Unicorn’ CEOs voice uncertainty amid the current economic downturn: ‘Make sure you have enough runway for three years’ 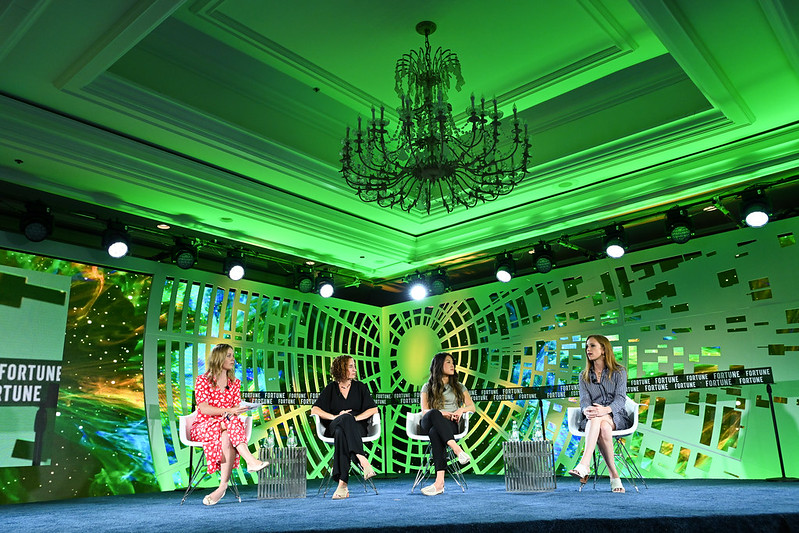 The recent economic downturn has been especially brutal for the tech industry. Yet despite sharp declines in stock prices and private company valuations, CEOs of several unicorn startups said they are still seeking growth, although they’re taking a more conservative approach.

Unlike other tech firms, the three CEOs have not implemented major layoffs or other large course corrections. But they said they’re preparing for darker times, just in case.

Kate Ryder, CEO of women’s health startup Maven, said her firm is balancing the market downturn with the optimistic growth projections in the next decade for the digital health industry specifically. “Make sure you have enough runway for three years” if the worst-case scenario comes to pass, explained Ryder. “But also don’t pull back on growth because at a certain point, the markets are going to start rewarding and growth rates again, not just profitability.”

Guez pointed to what she described as Papaya’s efficient business model as allowing it to stay the course and avoid pressure to restructure. “I think that we were very, very cautious about [efficiency and profitability] from the very early days. So maybe currently, we don’t have this pressure of changing everything or transforming everything internally,” Guez noted.

April Koh, CEO of Spring Health, a mental healthcare startup, said she has been preparing for every market scenario and, in general, expects slower growth than before the tech market plummeted. She said she has adjusted the company’s “bear case” in the event of a potentially pessimistic next quarter. “We don’t know what’s going to happen. We don’t know how long this recession is going to last. We don’t know how it’s going to impact budgets for enterprise customers. And so because of that, you know, we’ve made those adjustments and move forward as a company,” Koh said.

New York Stock Exchange president Lynn Martin voiced optimism about the future of initial public offerings, which have gone to a near standstill in the tech industry.

“What you’re seeing in the market right now is just a manifestation of the way people are feeling about the economy. There’s a lot of uncertainty,” she said.

Martin believes that any economic and stock market recovery would begin with the Federal Reserve, which has been raising interest rates to curb inflation. “What the market is really looking for is continued stability,” Martin said. “What will calm the market down is when we start to see some stability from the Federal Reserve.”

Despite uncertainty, Martin remained confident that the tech industry would weather the downturn and that the rush to take companies public will return. “I think SPACS (special purpose acquisition companies), along with a variety of other listing mechanisms remain a very attractive form for some companies to go public,” she said, despite the fact that many SPACs crashed and burned as investments in the past few years.