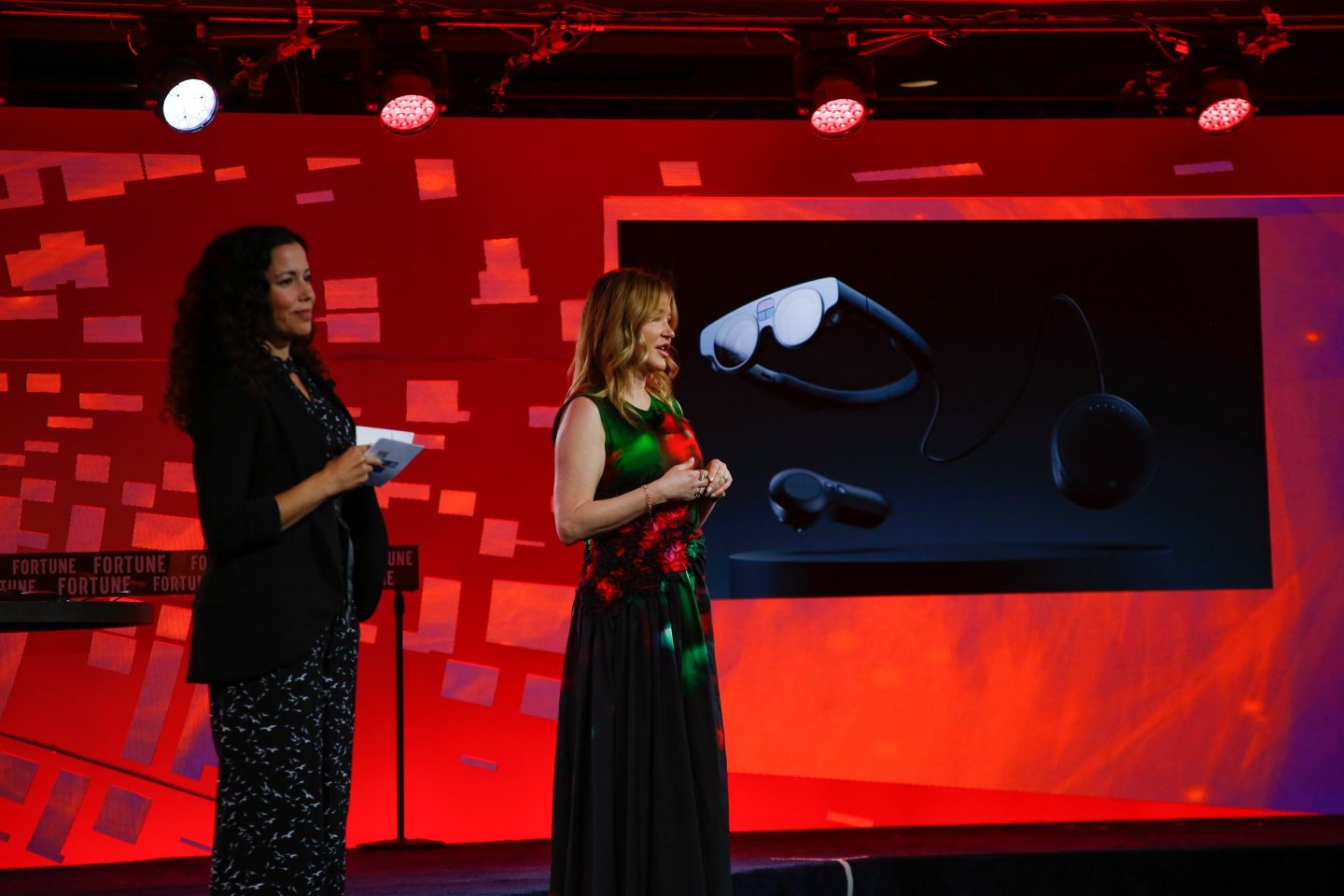 The Magic Leap 2 is a sleeker, lighter version of the original Magic Leap, with a significantly larger field of vision. With three versions, starting at $3,299, it is targeted toward developer and enterprise customers.

While there was a lot of hype around the first Magic Leap headset a few years ago, sales reportedly didn’t meet expectations. But Larson-Green says the changes the company has made over the last few years will make the product more attractive to clients across many industries.

“The world seems a little more ready” for the technology, she said.

The technology can be used in a variety of ways, depending on the needs of the company or governmental agency. Hospitals, for example, might explore virtual health models in the operating room, while manufacturing companies might use the headset to help with inspections. First responders and airports could use the headset to train new workers and track wildfires.

Another major difference from the first Magic Leap device, released in 2018, and exciting for AR going forward: The Magic Leap 2 allows users to “dim” portions of their environment, so that brightly lit settings have less of an impact on the quality of imaging.

A new feature, called Dynamic Dimming, makes it feel as though all of the lights in the room have been turned down, so that users can focus better on what’s in front of them. A representative at the conference told Fortune this would be particularly beneficial in an environment like an operating room.

Similar to the first Magic Leap, the new headset comes with an external processor and a hand controller. It does not work with a user’s eyeglasses, but comes with some prescription inserts. The headset also features 360-degree audio.