Some banks are scaling back overdraft fees, but lawmakers are pushing for federal restrictions 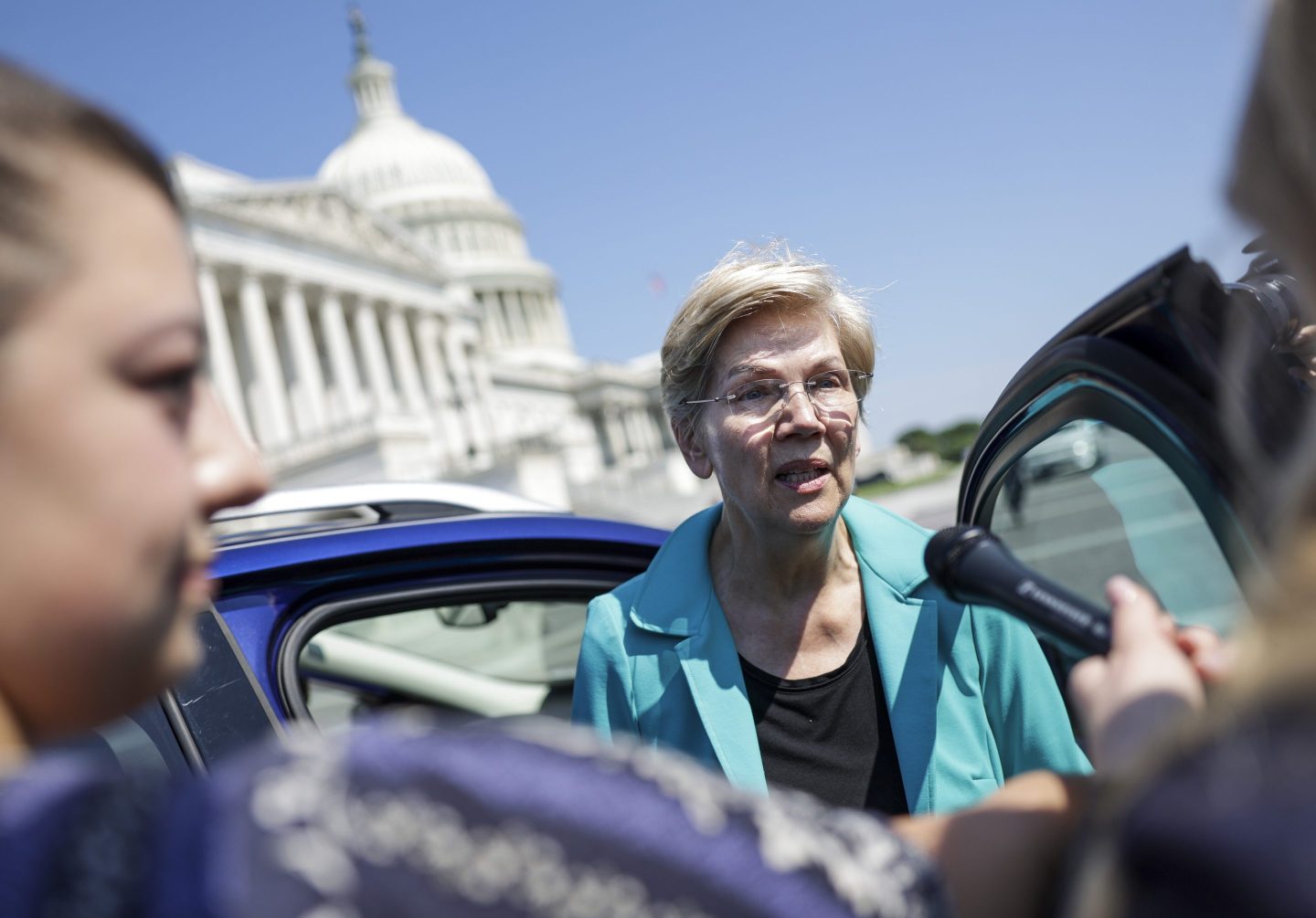 Despite more than a dozen major banks recently reducing or outright eliminating overdraft fees, Democratic lawmakers continue to push for legislation that would curb the practice on a national level.

On Tuesday, Rep. Carolyn Maloney (D-NY) and Senators Cory Booker (D-NJ) and Elizabeth Warren (D-MA) renewed their push to restrict overdraft fees through federal legislation. The bills aim to eliminate non-sufficient funds (NSF) fees and limit the number of overdraft fees levied—as well as stipulate that these charges need to be “reasonable.”

“Billions of dollars are being made off of the backs of low-income families who are struggling to make it,” Senator Booker said Tuesday during a press conference. “And so we now have to change this. We have work to do.”

Americans can get hit with a $30 to $35 overdraft or NSF fees when they overdraw their checking account with a debit card purchase or recurring charge like a rent or bill payment. It’s a big revenue driver for financial institutions: In 2021, banks, credit unions, community banks, and fintechs earned an estimated $33.4 billion, according to economic research company Moebs Services.

“I would like to see more banks follow the steps of Capital One and Ally and of Citibank and voluntarily do it. But one of the things with voluntarily doing something they can just as easily say we’re not going to do it,” Maloney said Tuesday. “I think it’s very important to have the reality of a law behind this.”

The reforms made by banks add up to real money for consumers; approximately $5 billion a year so far, according to an analysis by Aaron Klein, a senior fellow in economic studies at the Brookings Institution.

Yet while some major banks have implemented changes, there are critics who contend that restricting overdraft fees could create more challenges than it solves for consumers. Overdraft protection provides bank customers with a viable source of short-term liquidity, and without it, some consumers may be forced to use alternatives like payday loans more often.

With Democrats unable to push forward much of their policy agenda—including President Biden’s stalled reconciliation package—can they even reasonably expect to pass this legislation?

Maloney and Warren said Tuesday if they can get these bills to the floor of the House and Senate, they were confident they could get this legislation over the finish line. The House Financial Services Committee is expected to conduct a markup of Maloney’s bill later this month.

“This is a hard bill to vote against. If we can actually get this thing on the floor, who wants to be the Republican who says it’s okay for giant banks to continue to squeeze hard working families” Warren said Tuesday.

But getting this legislation voted out of committee and onto the floor is a tough hill—both of these bills have been languishing for years. And there are staunch opponents of overdraft fee reform on both the Senate Banking Committee and House Financial Services Committee.

Left-leaning watchdog organization Accountable.US reported that Republicans on both the House and Senate committees have taken over $3 million in career donations from industry groups opposed to overdraft regulation, as well as big banks Chase, Wells Fargo, BofA—all of which still charge overdraft fees. Additionally, Accountable found that several of these lawmakers received at least $41,000 in industry contributions in the days before and after defending overdraft fees during committee hearings.

“Unfortunately, many in Congress who are deep in the pocket of big banks have gone out of their way to defend one of the worst industry practices, like charging a $35 overdraft fee for a gallon of milk,” Accountable.US spokesperson Liz Zelnick said in a statement to Fortune. “These billions of dollars in abusive fees are being siphoned from the economy, money that could be otherwise spent on goods and services that create jobs rather than pad big banks’ bottom line.”

In addition to the legislative push, federal bank regulators are involved as well—but their reach may be limited. The CFPB launched a broad review of fees charged by banks, credit unions, and other financial companies in January, asking the public to weigh in as well. CFPB director Rohit Chopra has specifically called out overdraft charges as “junk fees.”

“The CFPB, I understand, is doing a study on this particular area now. They’ve told me that it can’t be done by executive order or regulation. It has to be legislation,” Maloney said Tuesday.