Musk hits back at Trump after ‘bulls–t artist’ comments, says it’s time ‘to hang up his hat and sail into the sunset’ 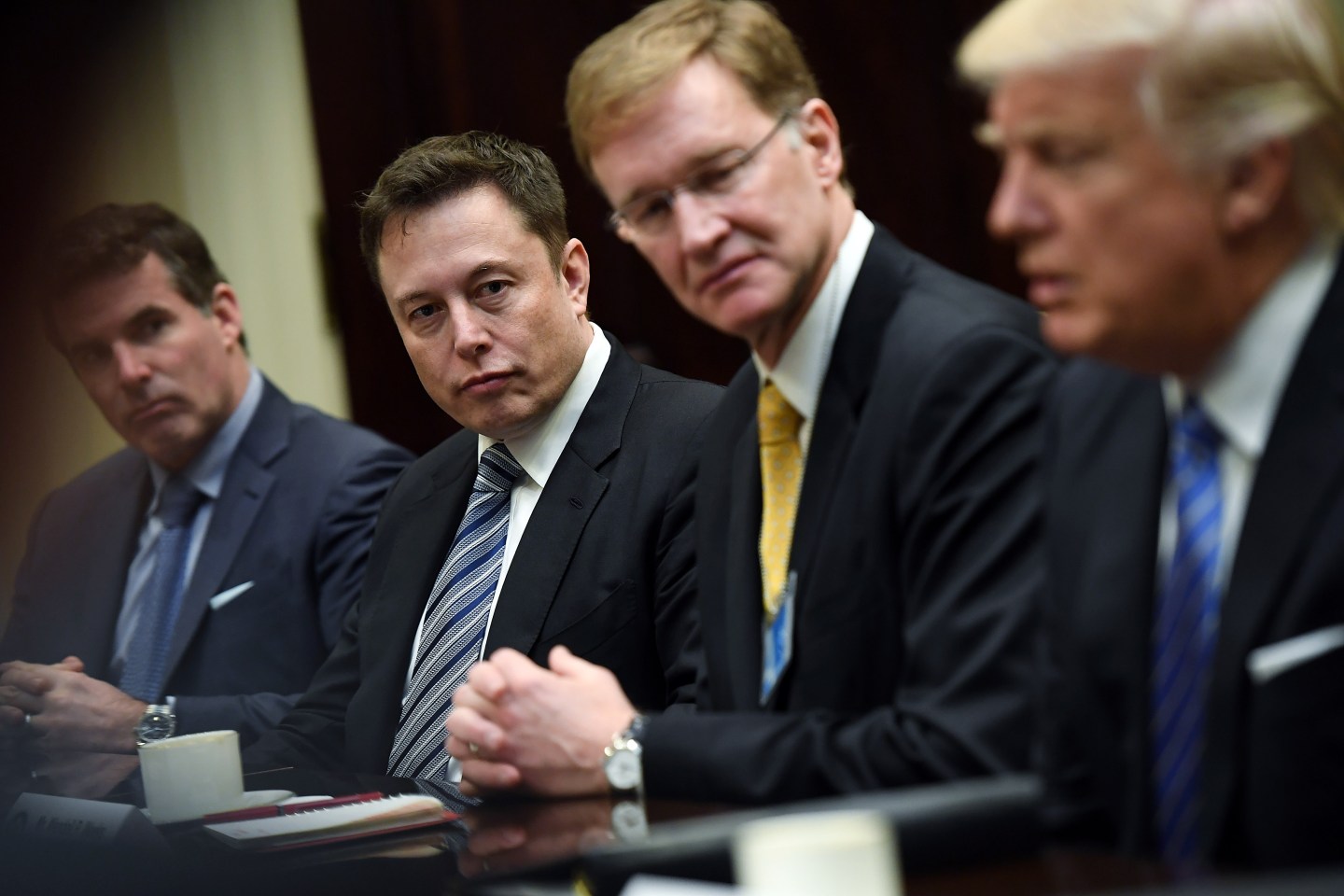 After entertaining the thought of supporting Trump for a second term in the White House, Tesla CEO Elon Musk broke with his alpha male rival.
Matt McClain—The Washington Post via Getty Images

A feud between Donald Trump and Elon Musk heated up on Monday after the Tesla CEO called on the former President to exit the national stage and make room for a younger generation of Republicans.

Previously Musk had said he was still on the fence about backing the longtime host of the popular reality TV show The Apprentice, making this the first time he’s clearly come out against a second term.

With the race for the White House not for another two years, Musk did not officially endorse Florida governor Ron DeSantis. But after previously indicating he was leaning towards the GOP’s culture warrior extraordinaire, he appeared to further solidify his support for Trump’s top political opponent.

“If DeSantis runs against Biden in 2024, then DeSantis will easily win—he doesn’t even need to campaign,” Musk posted to Twitter.

Warning Trump would be 82 at the end of a potential second term in office, the Tesla CEO argued, the New York real estate mogul would be far too old to run a company, let alone the country.

“It’s time for Trump to hang up his hat and sail into the sunset,” wrote Musk.

This is now the second U.S. president with whom the electric vehicle pioneer has clashed. Repeated encounters with the Biden administration over the past year prompted Musk to finally switch political camps in a very bitter and public falling-out with the Democratic Party.

Musk himself shares the GOP’s suspicion of identity politics, has railed against the “woke mind virus” on several occasions, and branded Democrats “the party of division and hate” for embracing what he sees as extremist views.

His $44 billion takeover bid for Twitter had initially been framed in almost altruistic fashion, with Musk stepping in to take control of the platform to eliminate a perceived left-wing bias that alienated Republicans, and to protect free speech on the platform.

He even came out on multiple occasions to denounce the social media platform’s decision to permanently ban Trump for inciting the violence that culminated at the Jan. 6 Capitol riots, and pledged the return of his Twitter privileges (Trump ruled out a return).

It was Musk’s assertion last month he voted Republican for the first time that prompted the verbal altercation with Trump. At a rally over the weekend, the ex-President claimed the serial entrepreneur had assured him he voted for the New York tycoon and reality TV star.

“So he’s another bullshit artist,” Trump bellowed, before labeling the Tesla CEO’s standoff with Twitter’s board of directors “a mess”.

There are undeniable parallels between the two men, who have deftly used the social media platform as a megaphone to reach tens of millions of people on a daily basis.

Both are larger-than-life figures who draw an almost fanatical devotion among their supporters; both exhibit a willingness to bend rules and break with socially accepted conventions; and both have enjoyed tremendous success in life as a result—despite personal flaws that embroiled them in scandals.

Perhaps the biggest difference is their diametrically opposed views on climate change. Trump has dismissed it as little more than a Chinese hoax meant to encumber America’s free market business interests, and has launched diatribes against wind power, while Musk advocates an end to fossil fuels.

The Democrat-turned-Republican centibillionaire also had a recommendation for his former party colleagues when it comes to the threat posed by Trump: Do not feed the troll.

“Dems should also call off the attack,” advised Musk, who said he personally bore no animosity towards the abrasive politician. “Don’t make it so that Trump’s only way to survive is to regain the Presidency.”