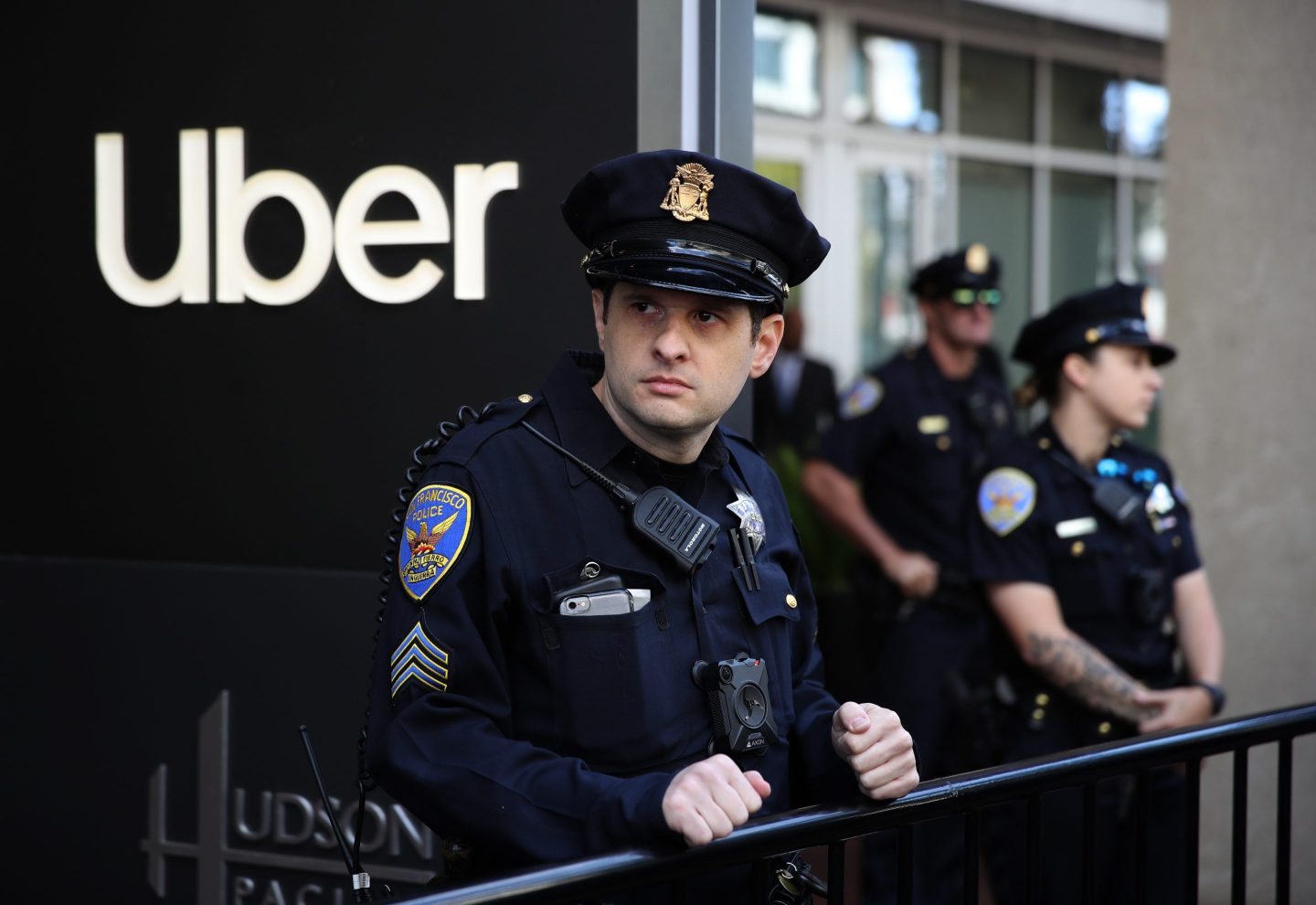 As Uber aggressively pushed into markets around the world, the ride-sharing service lobbied political leaders to relax labor and taxi laws, used a “kill switch” to thwart regulators and law enforcement, channeled money through Bermuda and other tax havens, and considered portraying violence against its drivers as a way to gain public sympathy, according to a report released Sunday.

The International Consortium of Investigative Journalists, a nonprofit network of investigative reporters, scoured internal Uber texts, emails, invoices, and other documents to deliver what it called “an unprecedented look into the ways Uber defied taxi laws and upended workers’ rights.”

The documents were first leaked to the Brtiish newspaper The Guardian, which shared them with the consortium.

In a written statement. Uber spokesperson Jill Hazelbaker acknowledged “mistakes” in the past and said CEO Dara Khosrowshahi, hired in 2017, had been “tasked with transforming every aspect of how Uber operates. … When we say Uber is a different company today, we mean it literally: 90% of current Uber employees joined after Dara became CEO.”

Founded in 2009, Uber sought to skirt taxi regulations and offer inexpensive transportation via a ride-sharing app. The consortium’s Uber Files revealed the extraordinary lengths that the company undertook to establish itself in nearly 30 countries.

The investigation found that Uber used “stealth technology” to fend off government investigations. The company, for example, used a “kill switch” that cut access to Uber servers and blocked authorities from grabbing evidence during raids in at least six countries. During a police raid in Amsterdam, the Uber Files reported, former Uber CEO Travis Kalanick personally issued an order: “Please hit the kill switch ASAP. … Access must be shut down in AMS (Amsterdam).”

The consortium also reported that Kalanick saw the threat of violence against Uber drivers in France by aggrieved taxi drivers as a way to gain public support. “Violence guarantee(s) success,” Kalanick texted colleagues.

In a response to the consortium, Kalanick spokesman Devon Spurgeon said the former CEO “never suggested that Uber should take advantage of violence at the expense of driver safety.”

The Uber Files say the company cut its tax bill by millions of dollars by sending profits through Bermuda and other tax havens, then “sought to deflect attention from its tax liabilities by helping authorities collect taxes from its drivers.”