Bannon agrees to testify to Capitol riot investigators: ‘He himself warned that ‘all hell’ would break loose on Jan. 6. He’s clearly an important witness’ 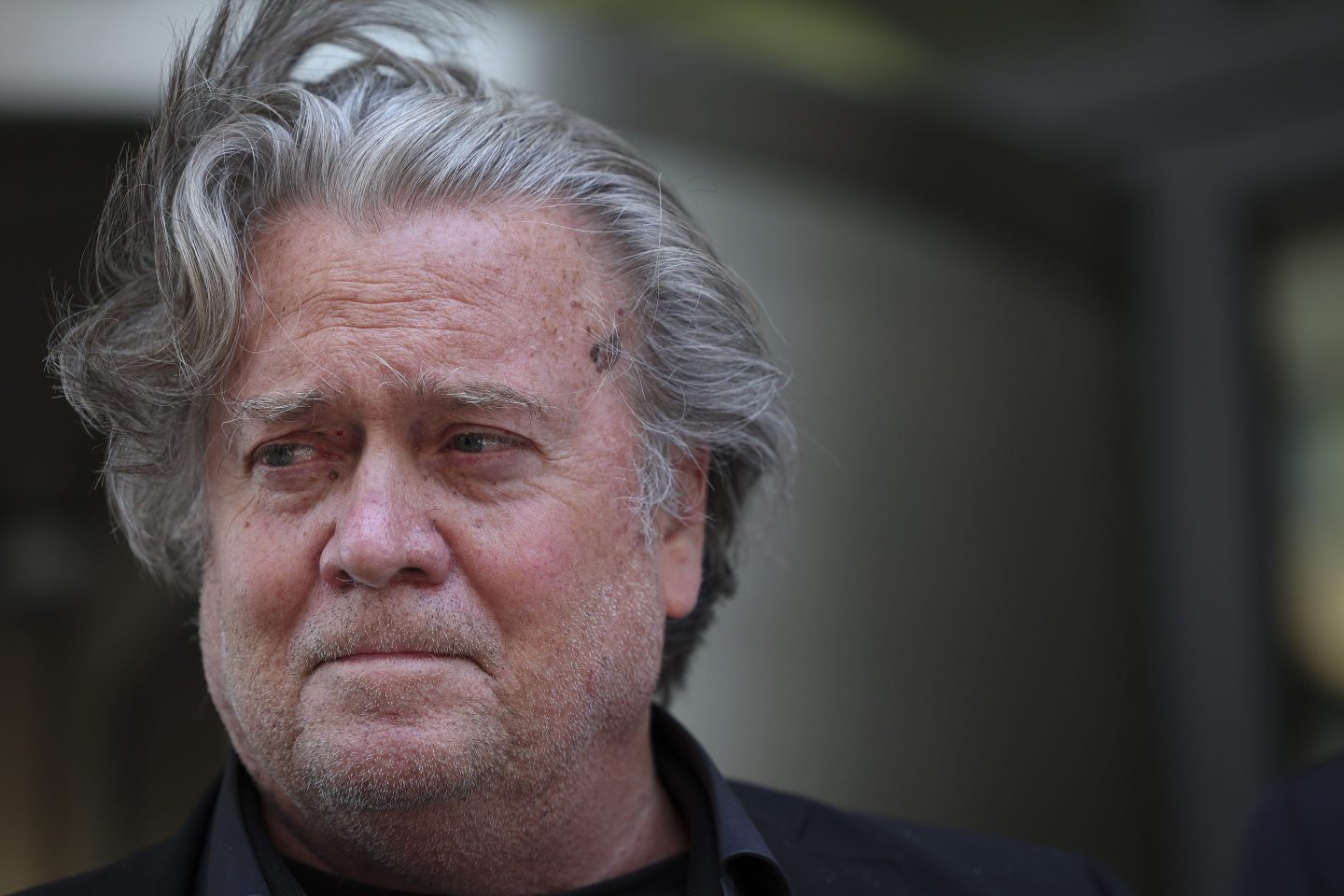 Donald Trump’s onetime adviser Steve Bannon has agreed to testify to the House Committee investigating last year’s storming of the U.S. Capitol, after the former president waived an assertion of executive privilege.

“I expect that we will be hearing from him and there are many questions that we have for him,” Lofgren said on CNN’s “State of the Union” on Sunday.

Bannon’s overture was confirmed by his lawyer, Robert Costello, who on Sunday made public a letter from Trump waiving his previous claim of executive privilege that sought to block Bannon’s testimony.

In the letter, Trump expresses frustration to Bannon over how the committee’s public hearings this summer have presented findings about Trump and the events of Jan. 6. The next hearing is set for Tuesday.

Trump portrays the inquiry and biased and one-sided, telling Bannon his waiver will “allow for you to go in and testify truthfully and fairly, as per the request of the Unselect Committee of political Thugs and Hacks.”

Bannon is among the Trump advisers who allegedly pressed the former president to try to stop the counting of Electoral College ballots and certification of Joe Biden’s presidential victory at the Capitol on Jan. 6.

“We believe Mr. Bannon has information valuable to our probe,” committee chairman Bennie Thompson, a Mississippi Democrat, said in October. “He himself warned that ‘all hell’ would break loose on Jan. 6. He’s clearly an important witness.”

Costello said Bannon “is willing to, and indeed prefers, to testify at your public hearing.” Lofgren indicated that Bannon testimony, at least initially, isn’t likely to be in public.

“Ordinarily we do depositions,” Lofgren said. “We want to get all our questions answered, and you can’t do that in a live format.”

Bannon’s offer coincides with the committee’s shift on Tuesday to examining connections between Trump and involvement by militia groups such as the Oath Keepers and Proud Boys in the Capitol storming on Jan. 6, 2021.

Bannon’s previous refusal to comply with a committee subpoena to testify led the House to hold him in contempt. A federal grand jury later indicted him on two counts of contempt of Congress and he’s set to go on trial on July 18.

It isn’t clear how his decision to testify will affect the criminal case.

Panel Vice Chair Liz Cheney, a Wyoming Republican, said in October that Bannon’s public statements indicated “he must have been aware of and may well have been involved in the planning of everything that played out on that day.”